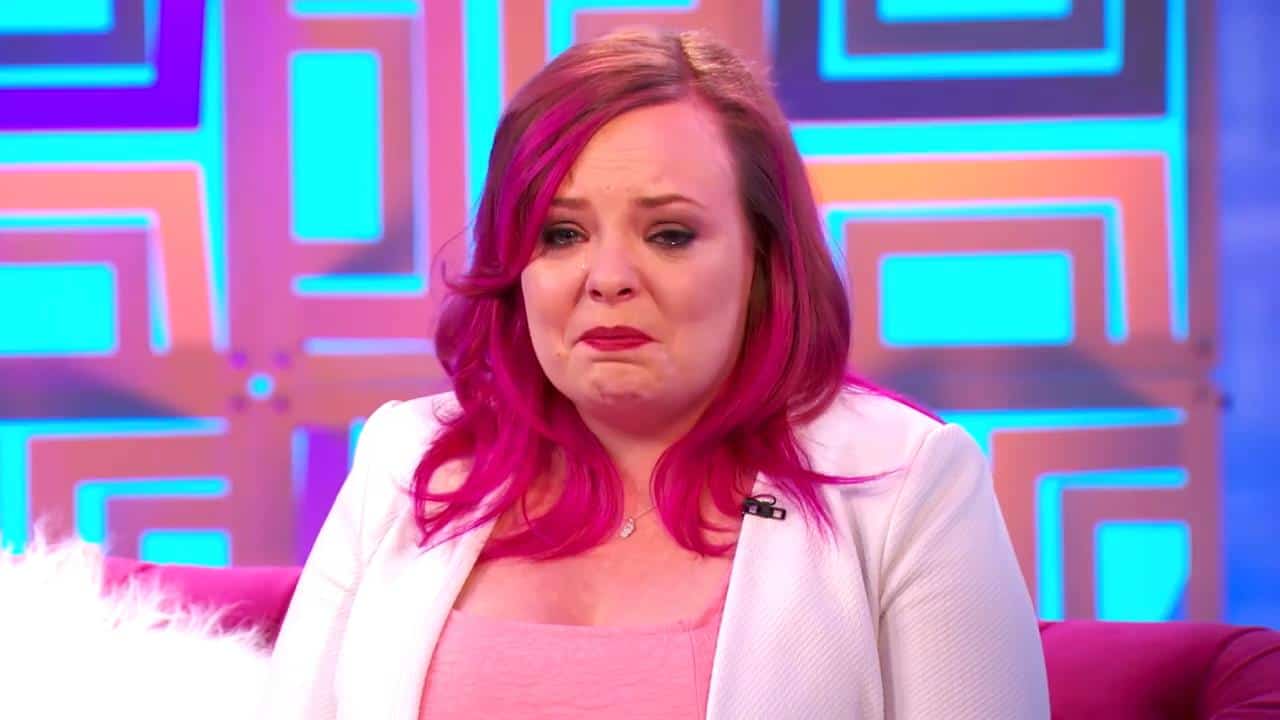 As she sat beside her husband, Tyler Baltierra, and reunion host Dr. Drew Pinsky months after checking into rehab for suicidal thoughts, Catelynn spoke candidly about the shocking ideas that went through her mind after she suffered a miscarriage at the end of last year.

“If I don’t go somewhere else today, I’m going to off myself and life would be 10 times better,” she recalled of the dark time.

“I could picture myself driving into an electrical pole off the road, praying it would kill me,” she continued. “But I wouldn’t do it because I had my kid in the backseat.”

Catelynn and Tyler welcomed their first daughter, Carly, in 2009 while filming 16 & Pregnant but chose adoption for the child. Years later, ahead of their August 2015 wedding, they welcomed second daughter Novalee.

Catelynn entered into a treatment program on November 17 of last year after admitting to having suicidal thoughts on Twitter. The following month, she returned home briefly before returning to treatment for a second go-around.

During an episode of Teen Mom OG earlier this year, Tyler opened up about the miscarriage he and Catelynn endured weeks prior, which prompted Catelynn’s suicidal thoughts.

“It’s very traumatic. When you see her shaking and she’s got blood everywhere, it’s like … you don’t really know what to do,” he said. “She kind of cleaned herself up, and we kind of figured out what was going on. Spotting is normal, but all the clotting is not. So we just saw on the bed and cried. We just held each other. There’s nothing you can really do.”

Since Catelynn left treatment for a second time earlier this year, she has remained clean and sober and gotten on some new medications that have helped mental health her substantially.