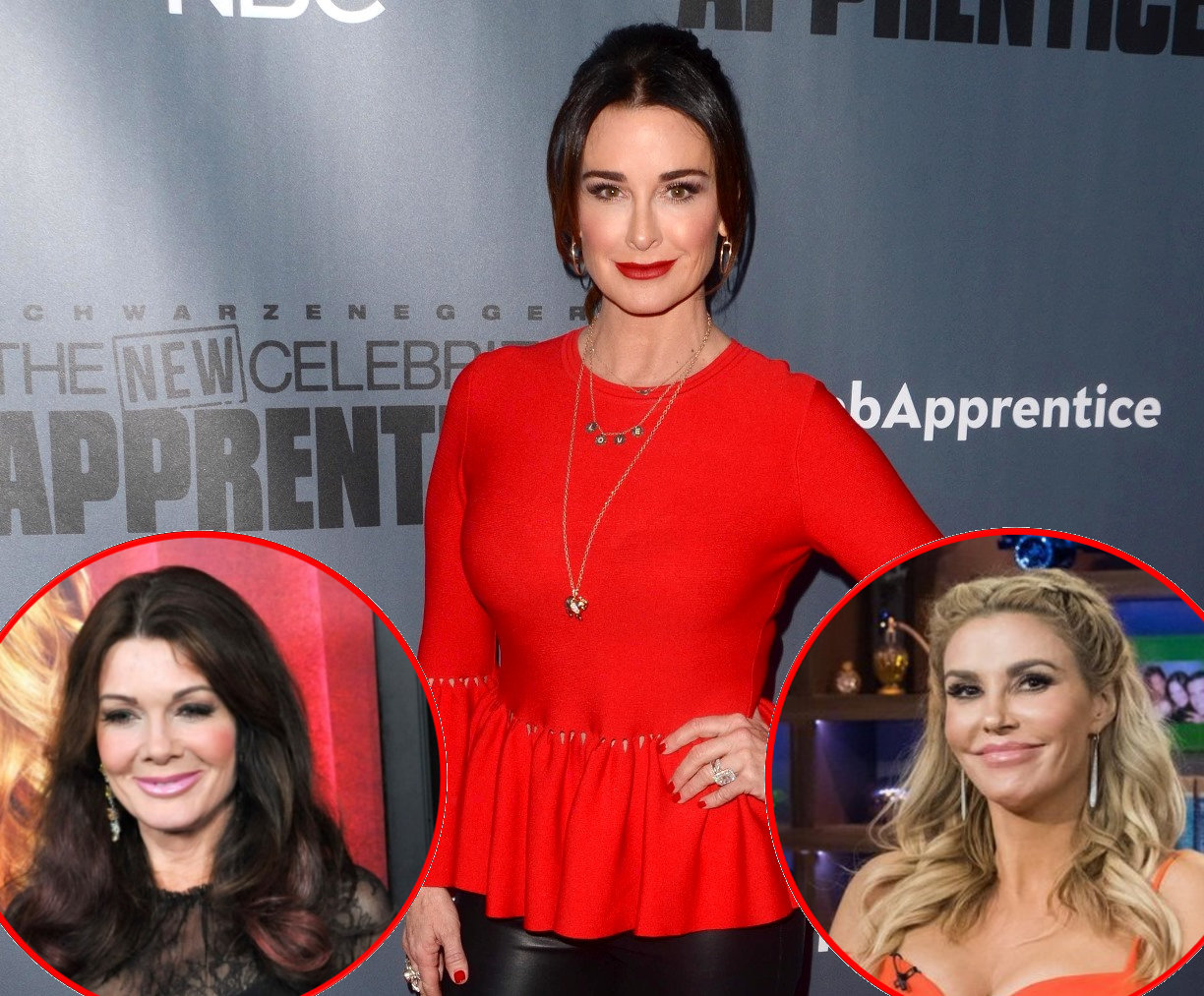 Ahead of the Real Housewives of Beverly Hills reunion, Kyle Richards dished about the show and her costars (current and former).

In a new podcast interview, Kyle opened up about her relationships with Lisa Vanderpump and Dorit Kemsley, as she shared that she didn’t feel Lisa was being authentic when it came to her interactions with Dorit. Kyle also spoke out about her former castmate Brandi Glanville and why it was “scary” to film with her, and finally, she addresses those pesky rumors that Heather Locker might be in talks to join the cast!

During her April 30 appearance on the Reality of Reality podcast, Kyle first addressed her friendship with Dorit as she revealed that despite their bickering this season, she actually likes Dorit and feels bad for her amid two straight seasons of some backlash from fans.

“I actually feel bad [for Dorit]. I mean, oh my gosh, they’re really giving her a hard time,” said Kyle. “Yeah, she’s said things that I didn’t like but I also know that she’s a good person. And she’s just fun and easy going, and can poke fun at herself. For me, being on this show for 8 years, I like to be around people that like to have fun because it’s hard to do this show. That’s why Lisa Vanderpump and I stick together and love each other, because we both have a good sense of humor and make each other laugh.”

When it comes to the infamous friendship triangle drama, Kyle calls it “so stupid” and says the real reason she was upset had more to do with Lisa rather than being jealous of Dorit.

“The same things that pissed off the viewers that Dorit did were bothering me, and Lisa was just like ‘oh well, you know,'” continued Kyle.  “And it’s just not who Lisa is, and that’s certainly not how she is with me. I’ve never been competitive for friendship. I come from a family of all women. The more the merrier.”

Kyle then adds that she simply felt Lisa wasn’t being authentic when it came to Dorit.

When asked why she thought Lisa was giving Dorit preferential treatment, Kyle was hesitant to answer before going to say it was due to Lisa’s relationship with Dorit’s husband P.K. Kemsley.

“It was frustrating to me because it just didn’t ring true to me… [Lisa] wasn’t being herself and it doesn’t make sense. I’m not jealous of their friendship. I love everyone to get along because I get anxiety when no one’s getting along,” she added.

It came time for fan questions and one fan wanted to know how Kyle felt about Brandi possibly returning to the show. Kyle did not mince her words, making it very clear she found Brandi’s presence on the show somewhat toxic.

“It wasn’t fun because you felt like you’re walking through a landmine,” said Kyle, describing what it was like filming the show with Brandi. “I’m all about being honest. When someone does something to me, I will call them out. What I don’t like is people creating or making up something, or being vicious just for the sake of being vicious. Throwing a glass of wine in someone’s face or smacking Lisa, however light it was, all that stuff – it just felt scary. I don’t want to be in that environment. I don’t want to do a show like that. I just can’t.”

She did add that she doesn’t think Brandi is a bad person.

“I think she of course has that side [of being a good person],” stated Kyle.  “I think she’s a wounded person. She loves her boys. She can be funny. Of course I think that she’s a good person.  I didn’t get to see it that much. It wasn’t directed towards me unfortunately.”

Finally, Kyle was also asked to address the recent rumors that Heather might be in talks to join the show (Heather’s rep has since denied the rumors by the way).

“All I’m going to say is every year, we hear these rumors about people,” said Kyle. “I mean it was like ‘Denise Richards is coming on the show!’ I’ve heard so many people over the years, it’s literally ridiculous.”

When asked if she knows Heather, she responded: “I don’t know her. I mean, I’ve met her probably in the 80s back in the day.”

The second-part of the RHOBH reunion airs tonight on Bravo at 9/8c. A preview clip is below.

TELL US – THOUGHTS ON KYLE’S INTERVIEW AND PART 2 OF THE REUNION?