Home Real Housewives of New Jersey News PHOTOS: Danielle Staub Poses In Lingerie For Fiancé Marty Caffrey Before Weekend Wedding! Plus, What Is Her Current Relationship With Teresa Giudice?

PHOTOS: Danielle Staub Poses In Lingerie For Fiancé Marty Caffrey Before Weekend Wedding! Plus, What Is Her Current Relationship With Teresa Giudice?

by Lindsay Cronin May 2, 2018 6 comments
ShareTweetWhatsappPinterestRedditTumblrMailFlipboard 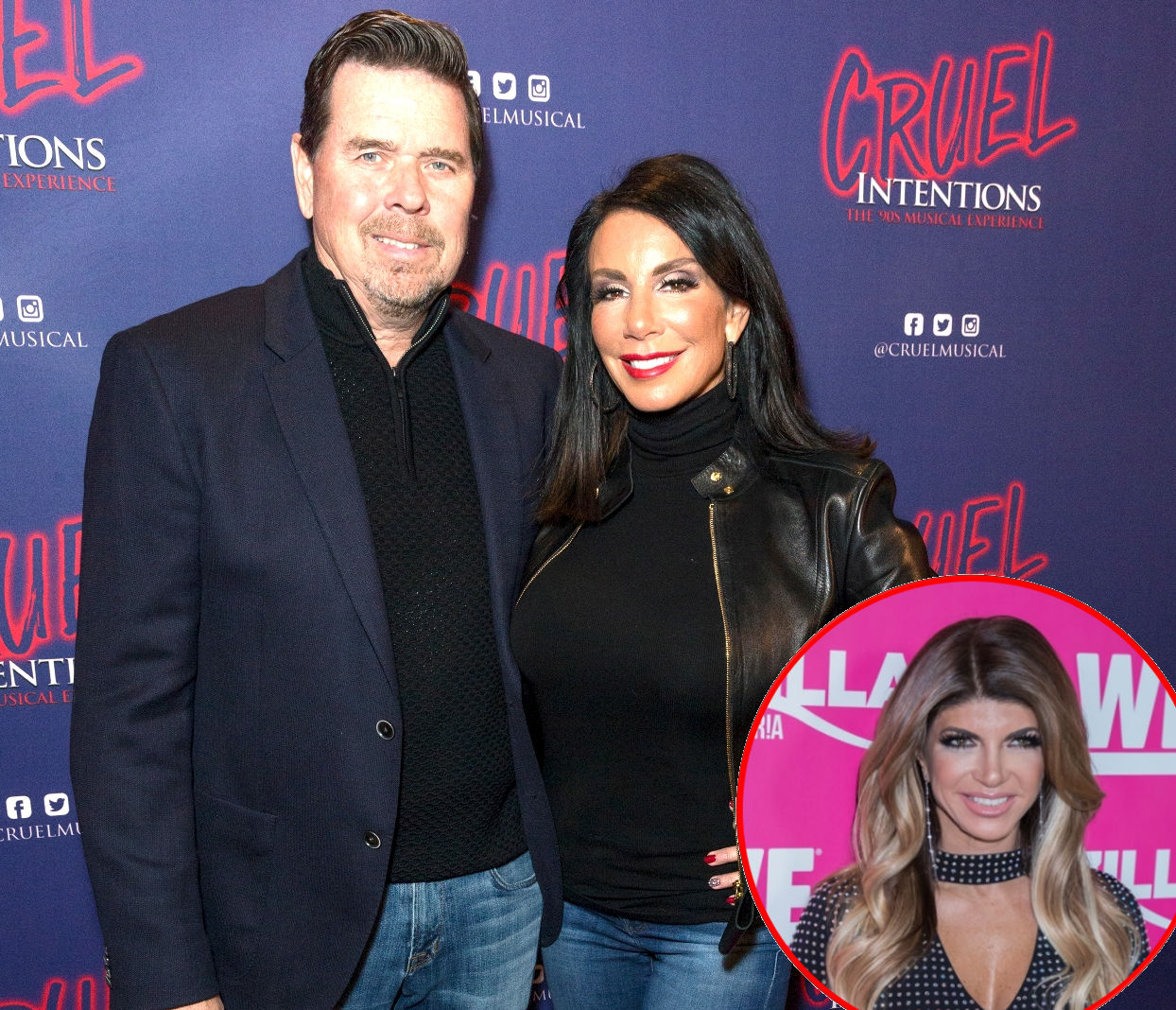 Danielle Staub is getting married this Saturday, May 5, and ahead of the big affair, the Real Housewives of New Jersey star posed for a series of provocative photos for fiancé Marty Caffrey.

Before walking down the aisle, Danielle joined forces with photographer Courtney Berman and the celebrity hair-and-makeup professionals Julius Michael and Priscilla DiStasio for a boudoir shoot. Those photos are below!

“I wanted to do a sexy lingerie shoot for my soon-to-be husband to not only show him how I feel about him, but to also celebrate my body and my life at the age of 55,” Danielle told People earlier this week. “I’m living my life my way and I wanted to show women everywhere that being confident in your own skin is empowering.”

“You have to switch it up a little bit now and then while still staying connected to your partner,” she said. “And it doesn’t hurt to starve him now and then or tease him with something like this!”

According to Courtney, her photoshoot with Danielle was “a blast.”

“Danielle’s not only fun to be around, but she’s also really comfortable with who she is — flaws in all,” Courtney said. “That’s really special as a photographer to have somebody who isn’t trying to hide behind Photoshop or certain poses and is brave to let the real her be seen.”

Danielle began dating Marty in April 2016 and couldn’t be more excited to walk down the aisle.

“I’m excited to connect with Marty as husband and wife,” she gushed. “There’s nothing more beautiful about that. We’re both looking forward to that next chapter.”

“I’m excited to be no longer on the market! There’s one less fish in the sea,” she added.

In other Danielle Staub news, the longtime reality star recently opened up about her current relationship with Teresa Giudice, confirming that she and her former on-screen nemesis are better than ever.

“We speak more than once a day. We’re legitimately friends, it was something that was worth salvaging and has turned into the relationship it should have always been,” Danielle told the Daily Mail on May 1.

“We’re not letting people get in the way of it no more,” she continued. It’s a lot stronger. I pity the fool who tries to come in and tear us down. We would welcome that challenge. I don’t think anyone wants to see me and Teresa take opposite sides.”

“I think the world wants to see Teresa and I standing side by side, showing people what a real friendship looks like because we’ve been through the f***ing storm and back,” she added.

The Real Housewives of New Jersey will return to Bravo TV later this year for season nine.