Home Real Housewives of Orange County News PHOTO: Does RHOC Star Shannon Beador Have a New Boyfriend In Her Life?

PHOTO: Does RHOC Star Shannon Beador Have a New Boyfriend In Her Life?

by Sola Delano May 20, 2018 25 comments
ShareTweetWhatsappPinterestRedditTumblrMailFlipboard 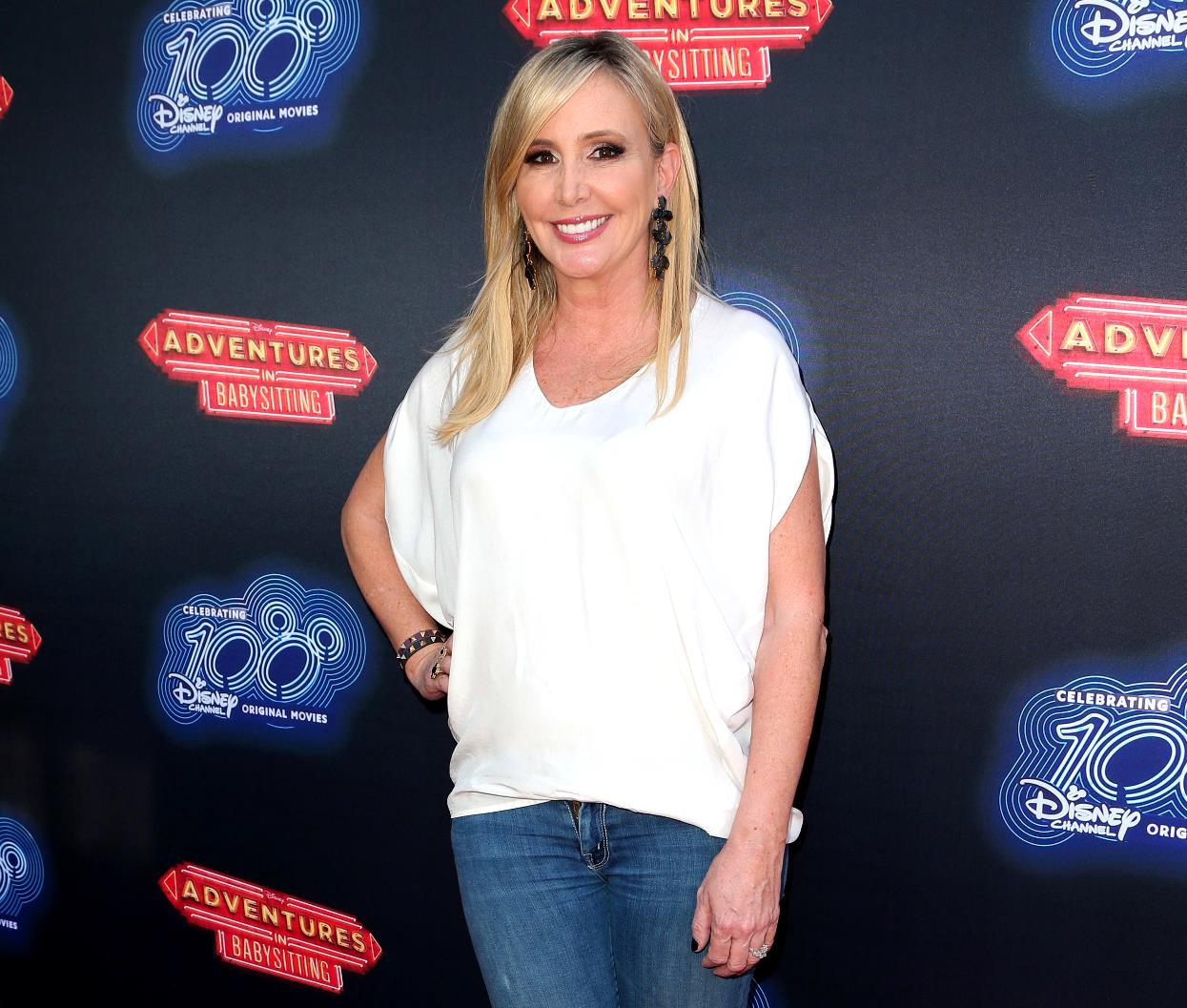 Months after we reported that Real Housewives of Orange County star David Beador had moved on with a new girlfriend, it now appears Shannon Beador might be doing the same!

Over the weekend, Shannon, 54, took to her Instagram page to share the photo below of herself at a Bret Michaels concert with a mystery man and another couple.

Okay, nothing too suspicious about this except Shannon’s castmate and BFF, Tamra Judge, made an interesting comment under the picture — strongly hinting that the guy standing next to Shannon, named Alex, is a new man she’s seeing.

Tamra wrote: “Ahhh. The mysterious Alex has made it to Instagram #greatpicture.”  A screenshot is below – 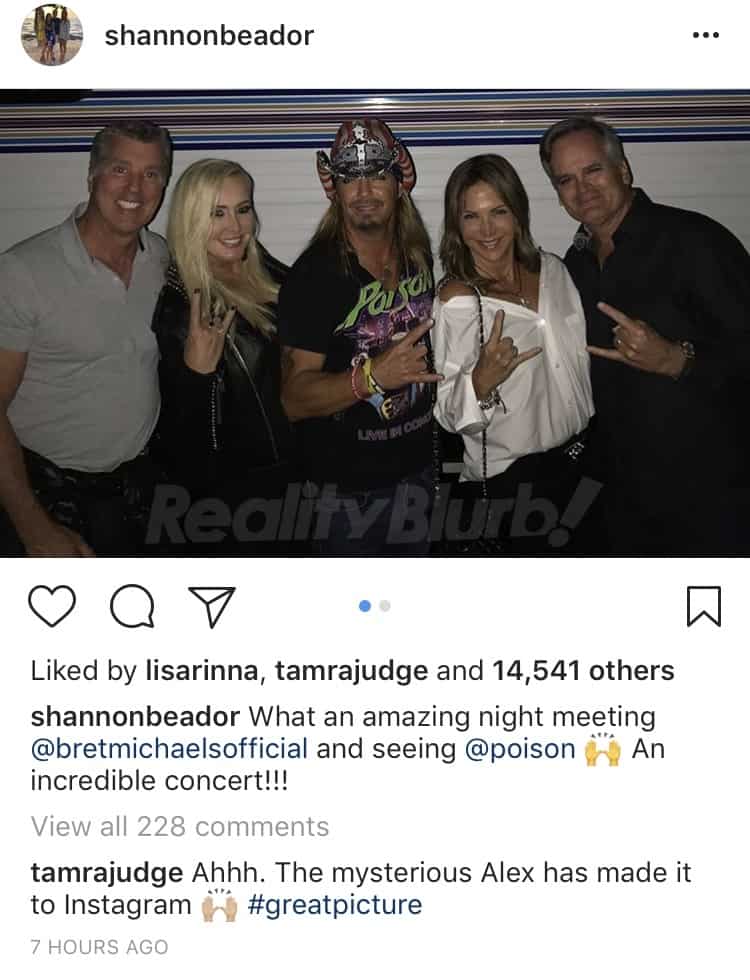 For the time being, Shannon is remaining mum on whether or not the “Mysterious Alex” is her new boyfriend!

Perhaps this will be addressed on the upcoming season of the RHOC, which is currently wrapping up filming. 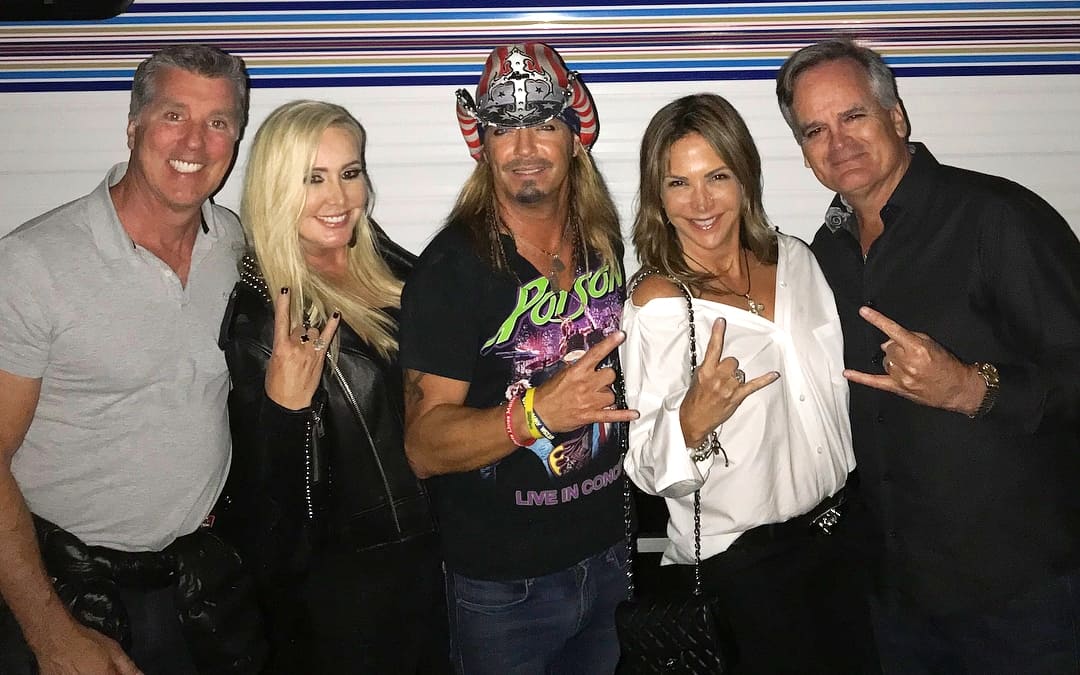 Alex, Shannon’s rumored new beau, is pictured to the left of her

Shannon and David’s nasty divorce battle remains ongoing as they continue to sort through their support and custody issues.

Just last month, Jeff Lewis, a good friend of Shannon’s, shared some text messages David apparently sent to Shannon towards the end of their marriage which were quite nasty, with some even fat-shaming her. Since then, Shannon has implied there’s a court order in place preventing David from sending her abusive texts of that nature in the future.

Safe to say Shannon definitely deserves some happiness after all she’s been through!