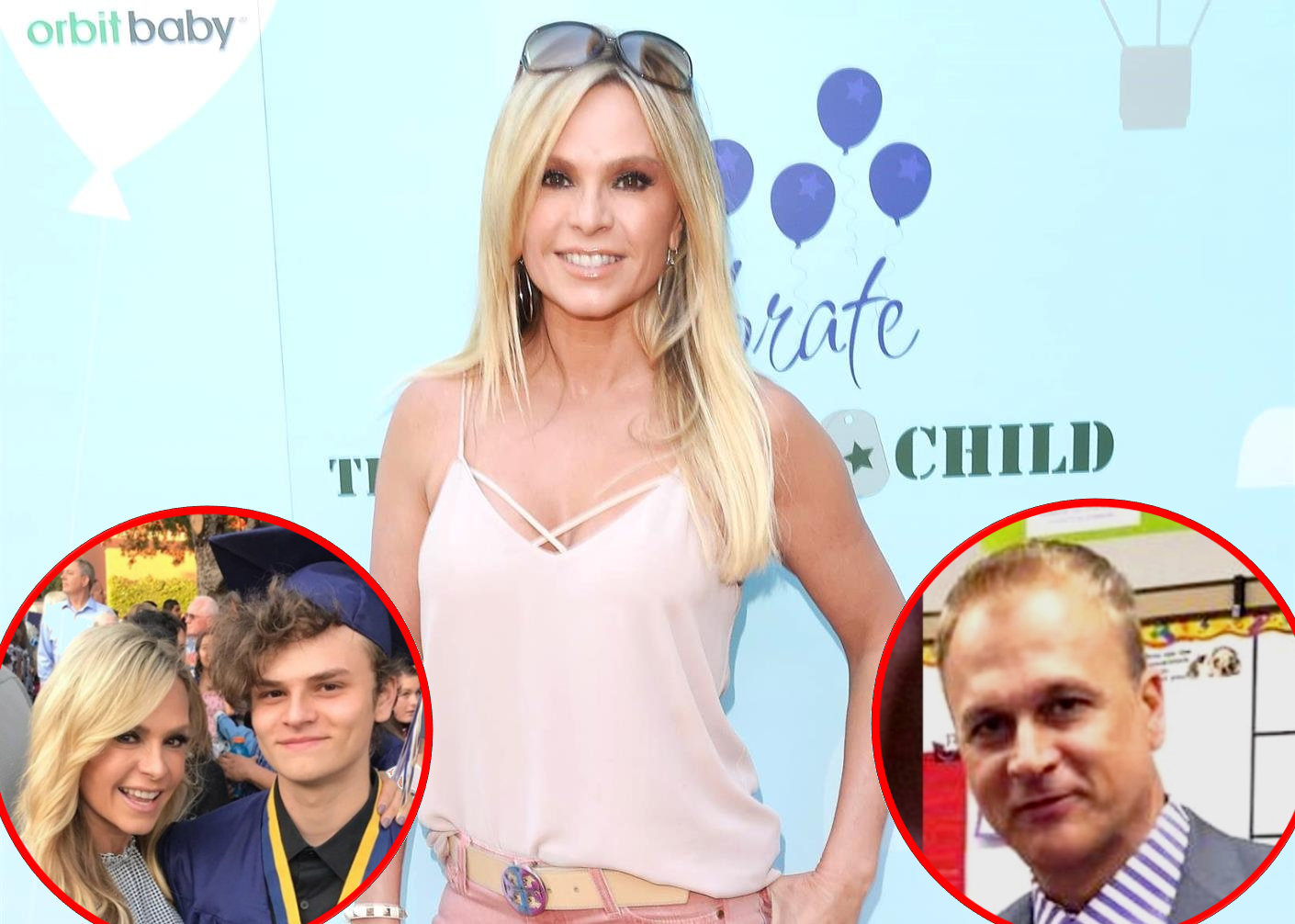 Tamra Judge celebrated her son Spencer’s high school graduation earlier this month and on Instagram, she shared a heartfelt message with her fans and followers.

After speaking of how her time with Spencer has flown by, the Real Housewives of Orange County star addressed a number of hot topics in the comments section of her post, including whether or not her ex-husband, Simon Barney, was in attendance, and whether Spencer would be a part of the upcoming 13th season of the show.

“My tall handsome, smart, shy, kind hearted, loving son Spencer graduates today and turns 18 (June 14) . I can’t stop crying and wondering HOW IS THIS POSSIBLE? I love him so much. I know life has so many wonderful things in store for you! Congratulations son,” Tamra shared with the photo below.

Tamra also shared an image of her son and his girlfriend.

In the comments section of her first post, Tamra was seen responding to a fan who asked if her former husband, Simon, who complained weeks ago that he did not have a ticket, was able to make it to the event. 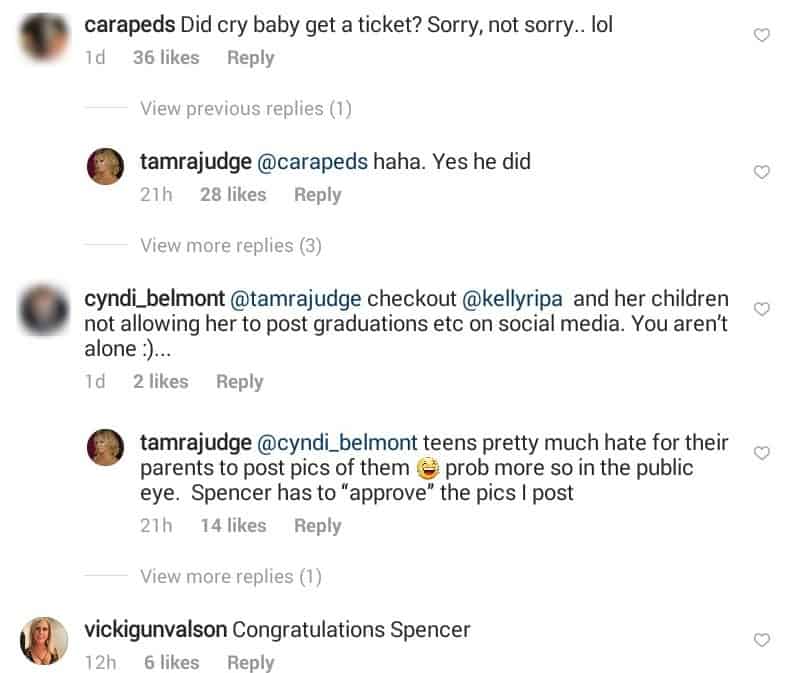 Last month on Twitter and Instagram, Simon shared a series of posts in which he requested a ticket to his son’s then-upcoming graduation and claimed Tamra was refusing to give him one of the five she had.

“I didn’t receive a ticket and they are sold out,” he explained. “I’m desperate to go to my sons graduation and will pay. Please contact me on this account if you do. Thanks in advance.”

“My [ex-wife] won’t give me one of the five she got and I can’t find one through normal channels,” he added.

Although Simon seemed to put the blame on his former wife, a source told Radar Online that it was actually Spencer who didn’t want Simon to be present when he graduated from San Juan Hills High School.

“It has nothing to do with Tamra being a b*tch,” the insider said. “Spencer doesn’t have a relationship with his father and didn’t give him a ticket because he did not want him to be there. That is all.”

After Tamra and Simon ended their marriage, their son, Spencer, sided with his mother, while their oldest daughter, Sidney, sided with her father.

Also on Instagram this week, Tamra responded to a fan who wondered if Spencer would be able to appear on The Real Housewives of Orange County now that he’s about to be 18. As fans may recall, Tamra was previously unable to have her children on the show because Simon wouldn’t sign off on their appearances. 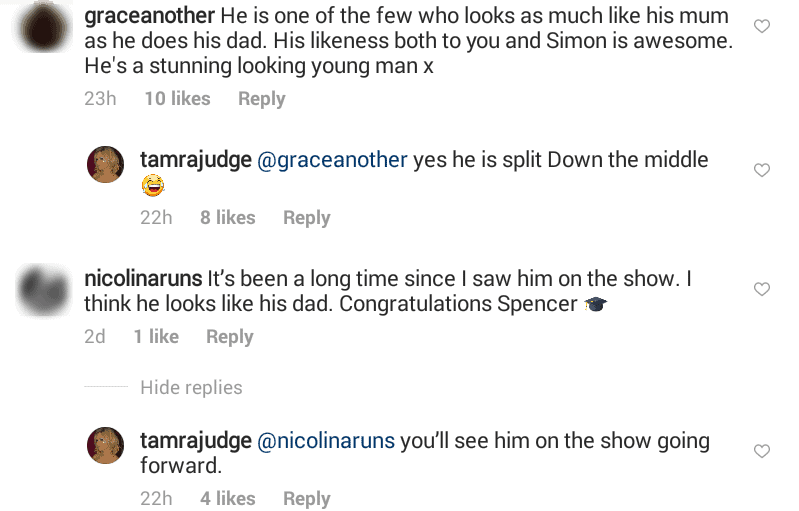 The Real Housewives of Orange County season 13 is expected to premiere on Bravo TV sometime next month. 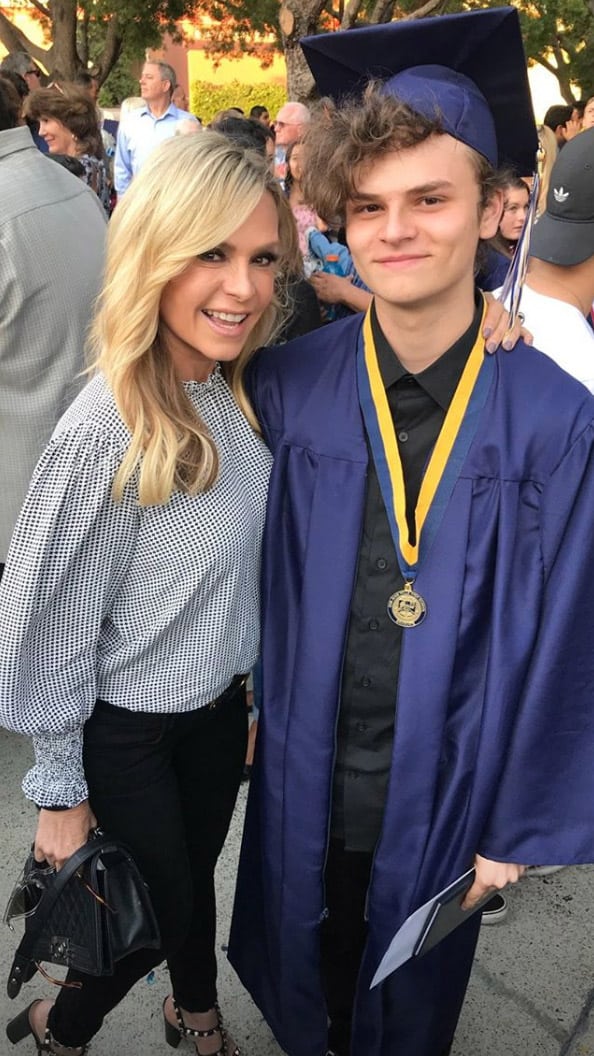 Tamra and her son Spencer at his graduation