PHOTOS: RHONJ Star Teresa Giudice Enters Bodybuilding Contest In Glitter Bikini! Find Out How She Did 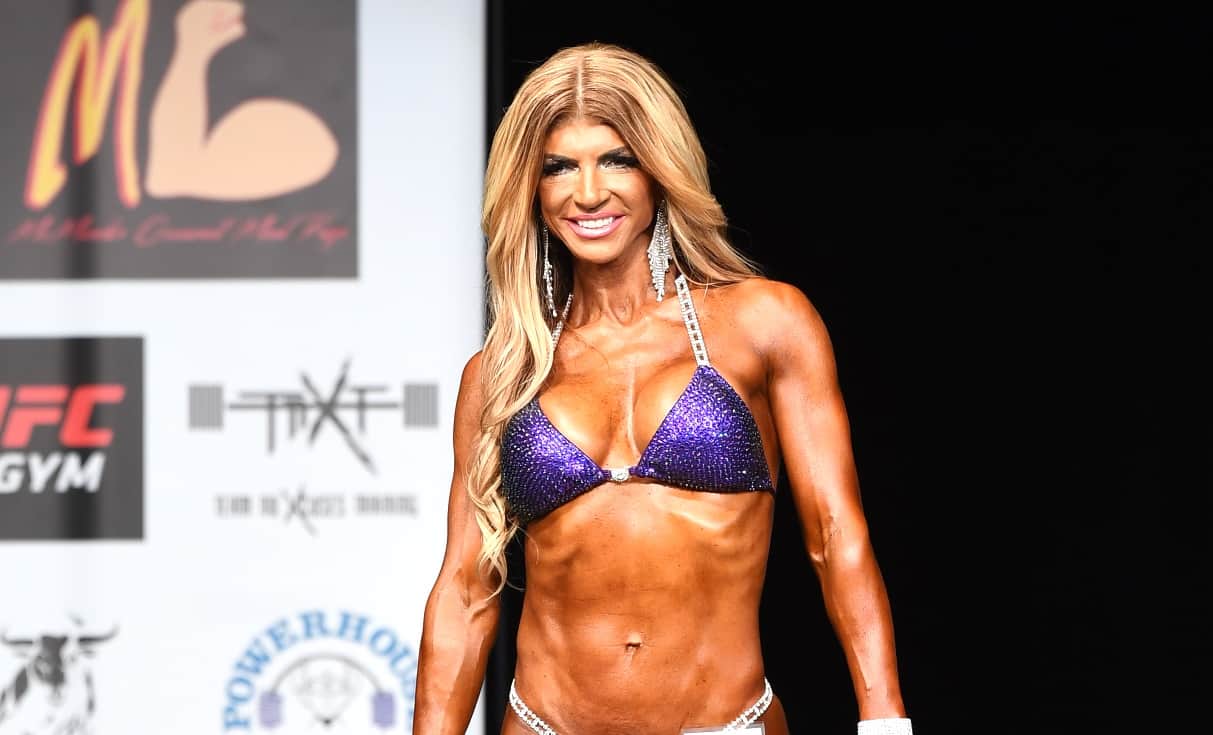 Move over Tamra Judge! There is a new bodybuilder housewife in town!

Yes, pictured above is the Real Housewives of New Jersey star Teresa Giudice showing off her super fit body during a bodybuilding contest over the weekend.

The 46-yr-old mother of four is pictured above flaunting her toned stomach, arms and muscular legs in front of judges during the NPC South Jersey Bodybuilding Championships that took place on Saturday, June 9.

Teresa donned a bedazzled purple bikini, which was not lacking in the glitter department, for the swimsuit competition to show off all of her hard work. She has spent the last few months training non-stop in preparation for the big event. 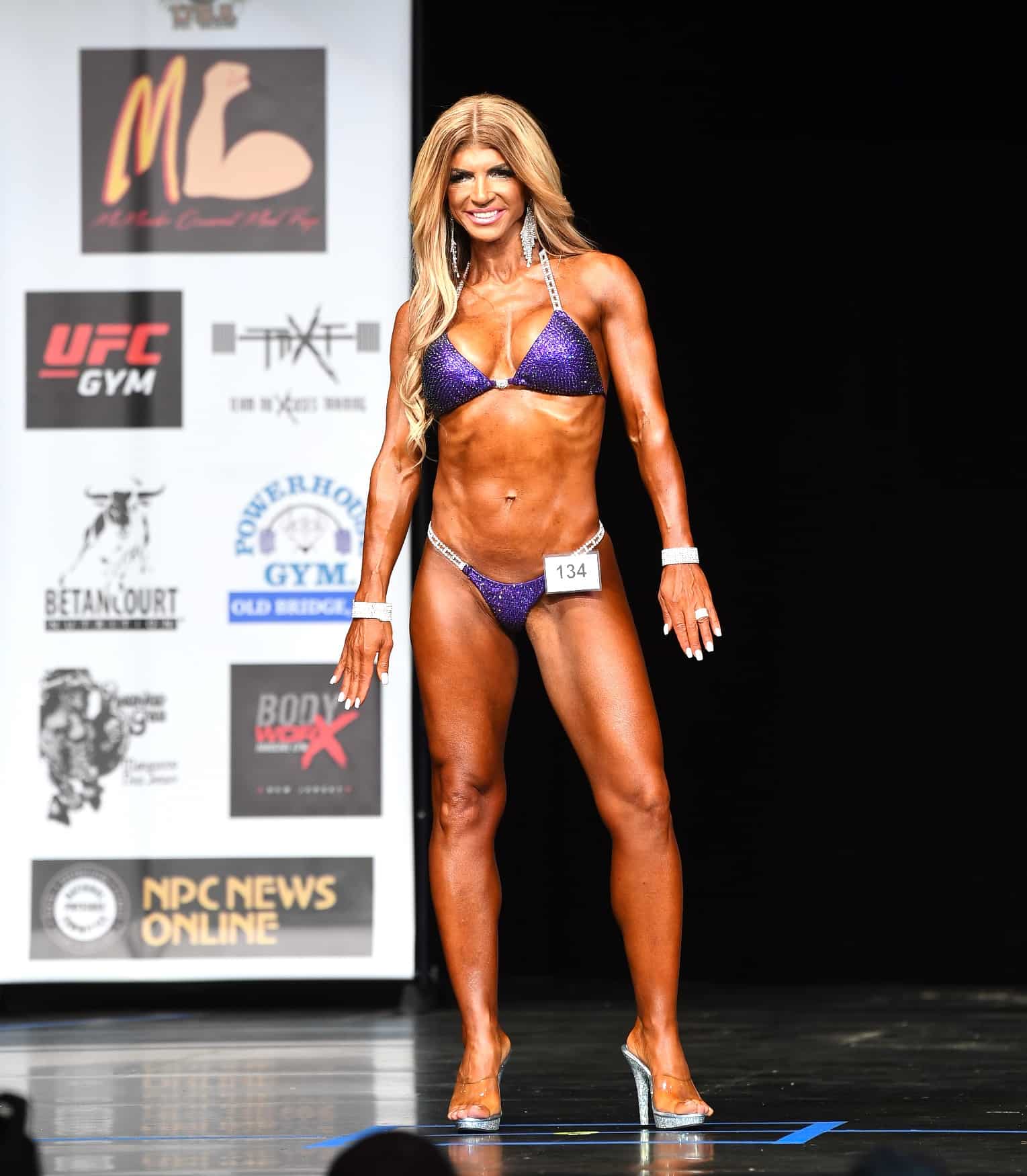 Teresa Giudice dons a bikini during the bodybuilder competition

Sources tell Page Six that Teresa “has been training since December five or six times per week,” and that she “drastically” changed her diet.

So, how did she fare in the contest? “[She] wanted to challenge herself physically and is extremely happy with how she did, coming in 3rd out of 8,” the source reveals.

Teresa’s family members, brother Joe Gorga and sister-in-law Melissa Gorga, were on hand to support her!

Teresa’s castmate Dolores Catania was also at the event with her ex-husband Frank Catania to support both Teresa and her son Frank Catania Jr., who participated in the contest as well.

When it comes to future competitions, Teresa is reportedly taking a break for now.

“[She] has told friends she would consider competing in the future, but for now, no plans to do so,” adds the insider.

It’s safe to assume this will be featured on the upcoming season of the RHONJ which is currently filming.