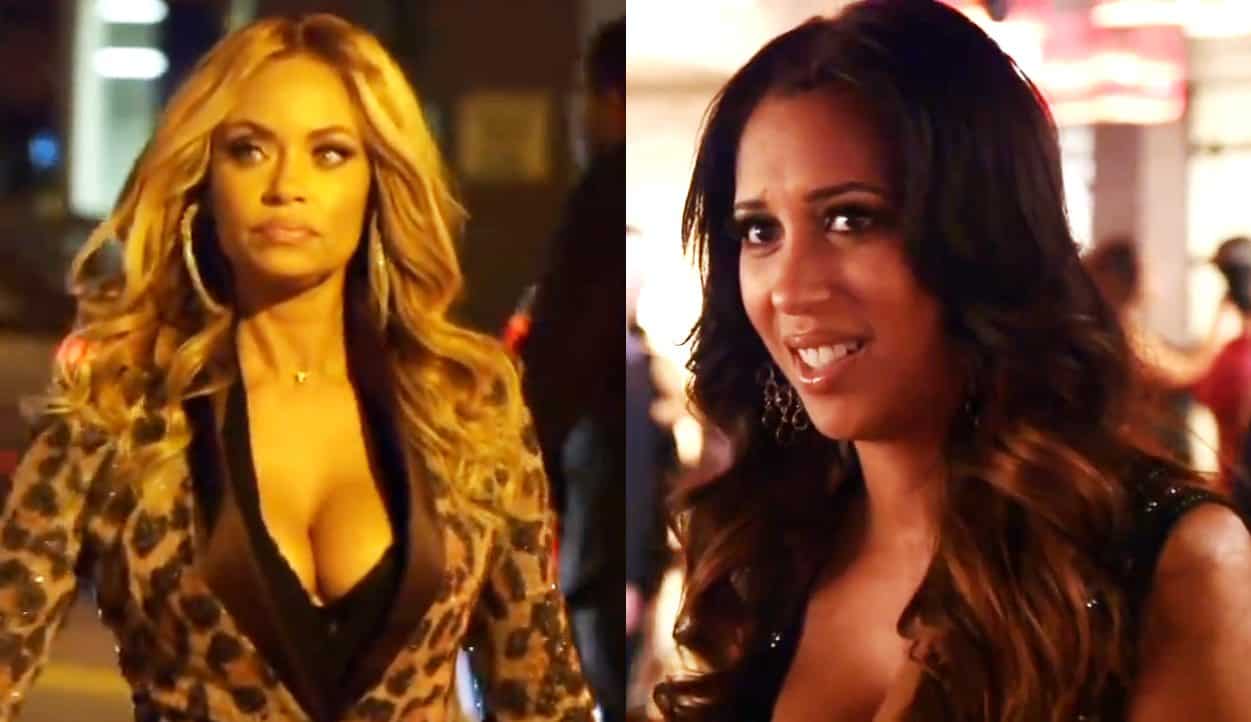 This season of the Real Housewives of Potomac is arguably the best one yet!

And on the latest episode, it only got better following the introduction of Kyndall Douglas to the show, aka the ex-wife of Gizelle Bryant’s now ex-boyfriend Sherman Douglas. The drama intensified after Kyndall dropped a shocking bombshell when she revealed she and Gizelle were actually friends before Gizelle started dating Sherman! Say what now?

Well, Gizelle is now addressing Kyndall’s comments and calling her thirsty, while speaking out on the past park incident involving Sherman. She also reacts to castmate Karen Huger’s decision to invite Kyndall to her event.

In her latest Bravo blog, Gizelle reveals she never called Kyndall to tell her she was dating Sherman because they were never friends.

“I would never CALL Sherman’s ex-wife because I DON’T HAVE HER PHONE NUMBER. She is an acquaintance, someone that you say hi to at a party and keep it moving,” said Gizelle. “I have never asked her about her kids because until I started dating Sherman I didn’t know anything about them. Out of respect for Sherman, I have nothing else to say about her except that the THIRST IS REAL.”

When asked about her castmates comments about Sherman apparently getting arrested in the park, back in the day, while, err, receiving some services from an alleged lady of the night, Gizelle brushes it off citing it “was not new information for” her.

RELATED:  Scheana Shay Reveals the Real Reason Stassi Schroeder Unfollowed Her and Slams Their Past Friendship as "Surface Level," Shares Which Vanderpump Rules Costars Were "Supportive" After Miscarriage

“He told me about the night he got arrested on our 2nd date and we never discussed it again,” stated Gizelle. “I’m happy that he was honest but frankly it was none of my business and it happened maybe 15 years ago. It actually gave him some street cred, everybody already knows I like a man that’s spent at least one night in jail, HA! Circa Season 1.”

Finally, she threw some shade at Karen’s decision to invite both herself and Kyndall to her charity event on the latest episode. Gizelle feels this was nothing but an attempt by Karen to distract from her tax problems.

“I’m living for Karen doing ANYTHING so that we can be distracted and don’t talk about her taxes,” she said. “Karen being messy and inviting her just let me know that she and Monique Samuels have something in common. Their favorite thing to do is to think, eat, sleep and breathe GIZELLE.”

The RHOP airs Sunday nights on Bravo at 8/7c.