Home Teen Mom Mob Wives’ Drita D’Avanzo Threatens to ‘Smack the F**k’ Out of Farrah Abraham, See How the Teen Mom Is Responding

Mob Wives’ Drita D’Avanzo Threatens to ‘Smack the F**k’ Out of Farrah Abraham, See How the Teen Mom Is Responding 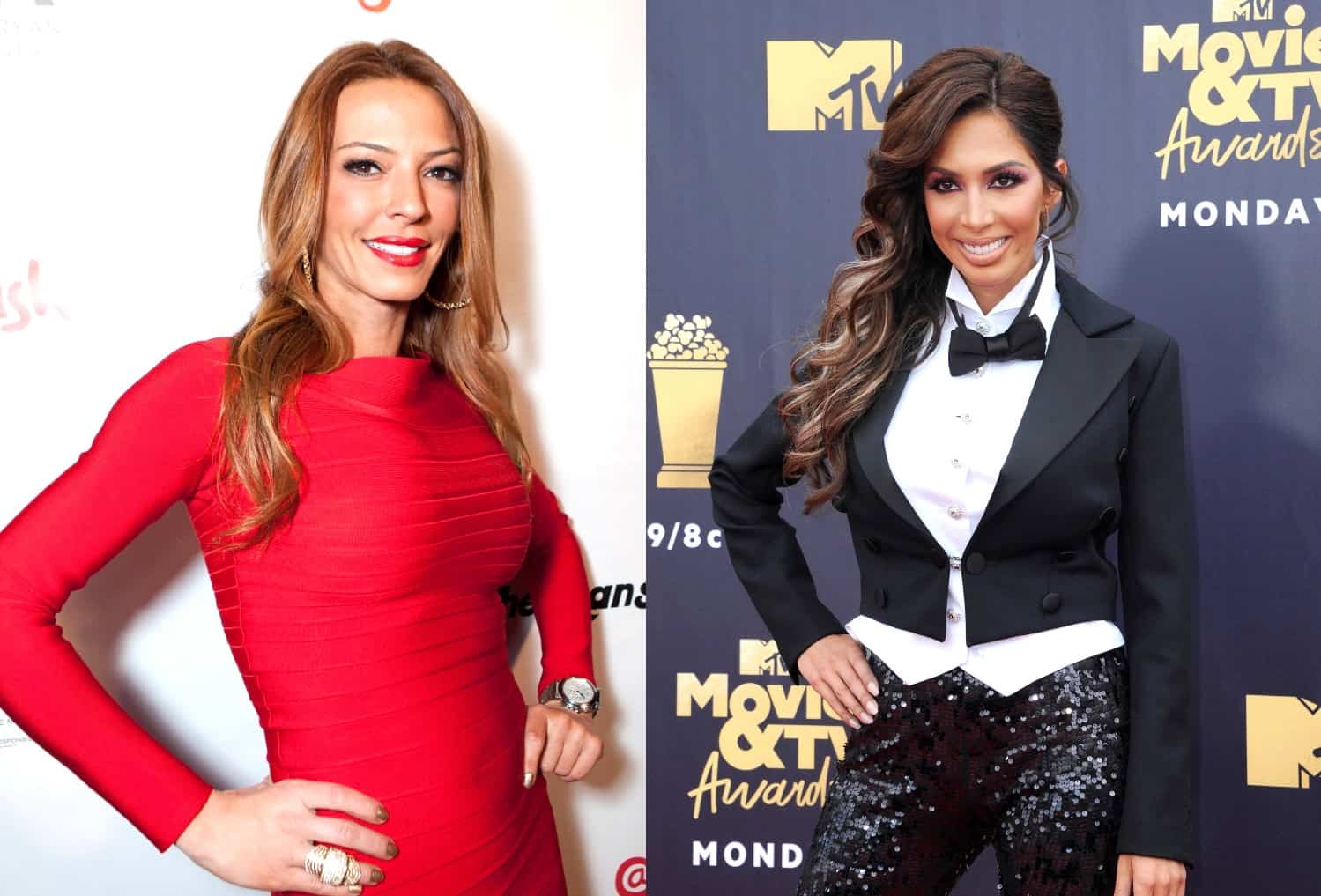 Drita D’Avanzo recently made an appearance with Farrah Abraham at the Scores strip club in Atlantic City, New Jersey and apparently, it didn’t go well.

Drita and Farrah were the joint hosts of the club’s opening night on Thursday night and afterwards, the former Teen Mom OG star took to Instagram Live to vent about her experience with the Mob Wives cast member.

“Here’s my vibe… if you cant be professional to show up to work, don’t cry to other people when you have no money, no work, no nothing…because you are nothing,” Farrah explained, not mentioning any name in particular.

“I’m sorry, if you are replaceable in the workforce…no one wants to hire you…that’s not everyone’s fault, that is your fault,” she continued. “I had to release this, because I am done. I don’t even know why they even shared my night with someone who is a has-been. I’m like give me a break, it’s either you’re nice, you’re amazing, you have good work ethic, or stay the f**k out of my way!”

Following Farrah’s rant, Drita, who recently starred on Scared Famous, went on a rant of her own.

“Look… there’s a lot of drama going on today with Farrah. If you don’t know who Farrah is, Farrah was on Teen Mom and then she became a hooker or some s**t? Listen, I don’t care… it’s irrelevant. I don’t care that’s she’s a d**kless unemployed b**w job. As long as you’re not my kid, it doesn’t bother me. However, what does bother me is when I’m hanging out with you and you’re nice, and you’re cool, and then I wake up in the morning to hear that you’re ripping me to shreds on your [Instagram],” Drita said.

“I don’t know who you’ve dealt with in the past, but you got the wrong mother f***er,” she continued. “I no longer assault anybody, OK? Cuz the last time someone tried to test me they end up putting me in jail. You’re not worth it, however, I might have to make an exception. But I will tell you one thing. I’m not gonna closed fist punch your face in, I’m gonna open hand smack the f**k out of you. Straight up, on site. Just so you know.”

After releasing her statement regarding her recent interaction with the former MTV reality star, Drita posted an article about her comments on her Twitter page and Farrah wasted no time firing back at her.

“F**king low class trash dusted up nobody show up and work you have no work ethic and act like a criminal say what you want about me so you feel better about how pathetic you are!” Farrah tweeted. “Use me for press haha your a loser go get a real job my lawyer will be contacting you Psycho.” 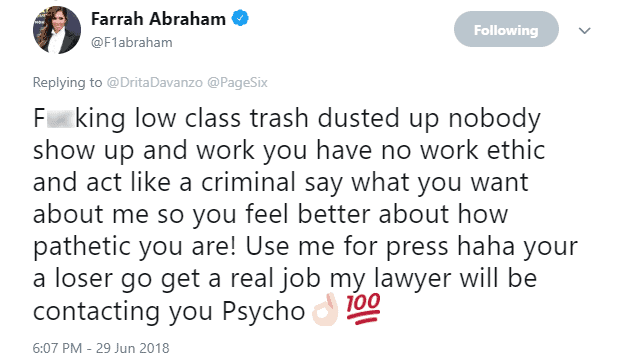