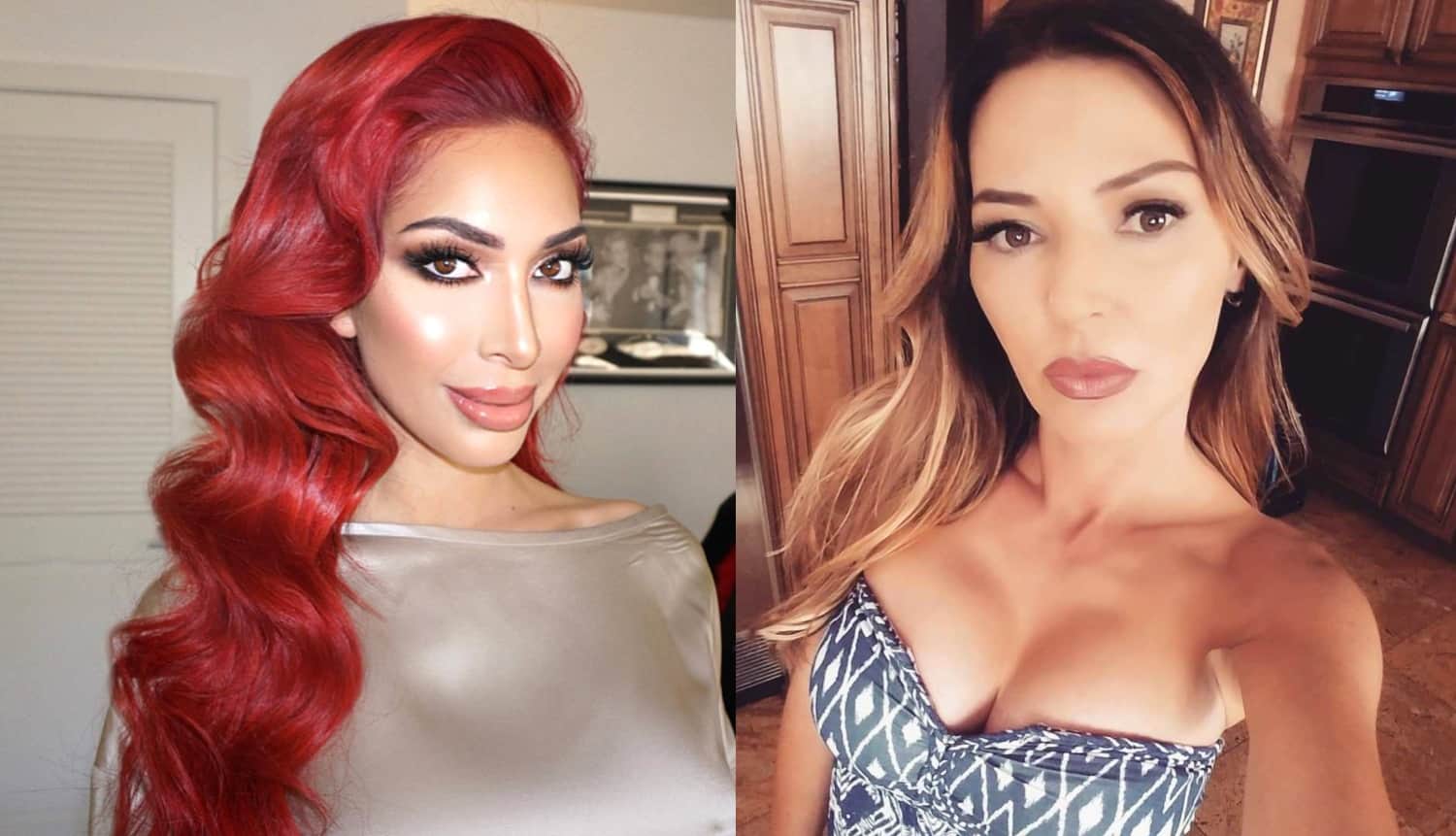 Farrah Abraham is making sure that Drita D’Avanzo is unable to follow through with the threats she recently dealt her on Instagram.

Following a joint appearance at the Scores strip club in Atlantic City, New Jersey, Drita took to social media to tell her fans and followers that she would love to “smack the f**k out of the former Teen Mom OG star and now, Farrah is planning to take legal action against her.

On July 1, Us Weekly revealed Farrah handed over her case against the Mob Wives cast member to her attorney after slamming Drita for being an “unprofessional” “has been” at the event.

As fans may have seen, Farrah took to her Instagram Live account to vent about Drita after they co-hosted the strip club party and a short time later, Drita, who also appeared on Scared Famous, fought back with a post of her own.

“The last time someone tried to test me, they ended up putting me in jail,” Drita said. “I will tell you one thing, I’m not gonna closed-fist punch your face in, I’m going to open hand smack the f**k out of you, straight up, on sight, just so you know.”

In response, Farrah tweeted to Drita, telling her she was a “f**king low class trash dusted up nobody.”

“Show up and work you have no work ethic and act like a criminal say what you want about me so you feel better about how pathetic you are! Use me for press haha your a loser go get a real job my lawyer will be contacting you Psycho,” she warned.

But Drita wasn’t concerned and returned to Instagram the following day with more comments aimed at the former Teen Mom.

“This will be the last time I waste my breathe on that little piglet Farrah,” she told her fans. “She did tweet me and called me low class trash — this is coming from a girl that walks by a soda bottle and is like, ‘Hey, if I shove this up my a**, can I make a dollar?’ — and then she said I act like a criminal, which I’m not going to lie made me laugh.”

“And then she said that her lawyer would be contacting me. Um, why? Weren’t you the one who just woke up, f**king ripped off your face making a video wrecking me? Did you tell your lawyer you’re a d**k-sucker?” she continued.

“I knew you were scared to death. I just needed one video for you to start shouting 9-1-1! Help!” Drita added.