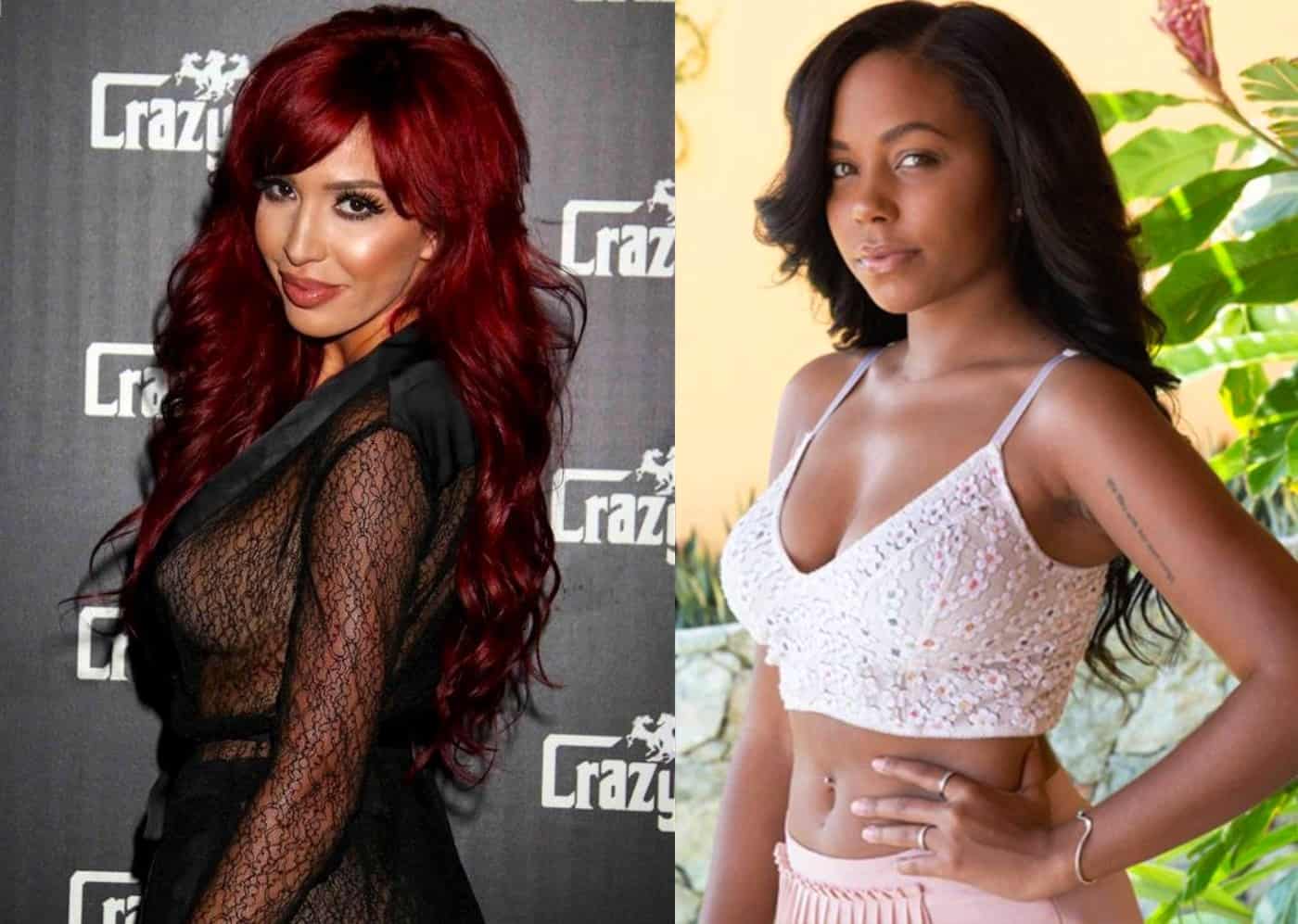 Farrah Abraham is not impressed with MTV’s decision to replace her with Cheyenne Floyd on the upcoming season of Teen Mom OG.

Following reports claiming Cheyenne and her former boyfriend, Cory Wharton, have begun filming for the reality show, Farrah is making it clear that she is irreplaceable.

“I am forever a Teen Mom,” Farrah told Radar Online on June 28. “We gave birth to the TV show. I love all my Teen Mom fans. I love all my mom bosses.”

“I don’t even know that name. She’s not a filler,” she added.

Cheyenne first joined MTV as a cast member on Are You The One?. She then appeared alongside Cory on The Challenge.

Farrah appeared on Teen Mom OG for the series’ first seven seasons before being fired from the show midway through season seven due to her refusal to quit working in the adult entertainment industry.

According to Radar Online, Farrah isn’t the only Teen Mom who is upset with Cheyenne’s addition to the show. In fact, the majority of the cast is reportedly pissed off about their new co-star.

“Amber is pissed off about the new cast member. They’e been doing Teen Mom for ten years and don’t think they like the ideal of someone who is a total newbie and has never been on the show before coming on permanently,” an insider previously explained.

In addition to Cheyenne not being at all affiliated with the Teen Mom franchise, she’s also not a teen mom. Instead, she gave birth to her daughter last year at the age of 24.

Prior to news of Cheyenne’s new role, it was reported that either Mackenzie McKee or Mackenzie Standifer would be added to the show as the fourth girl.