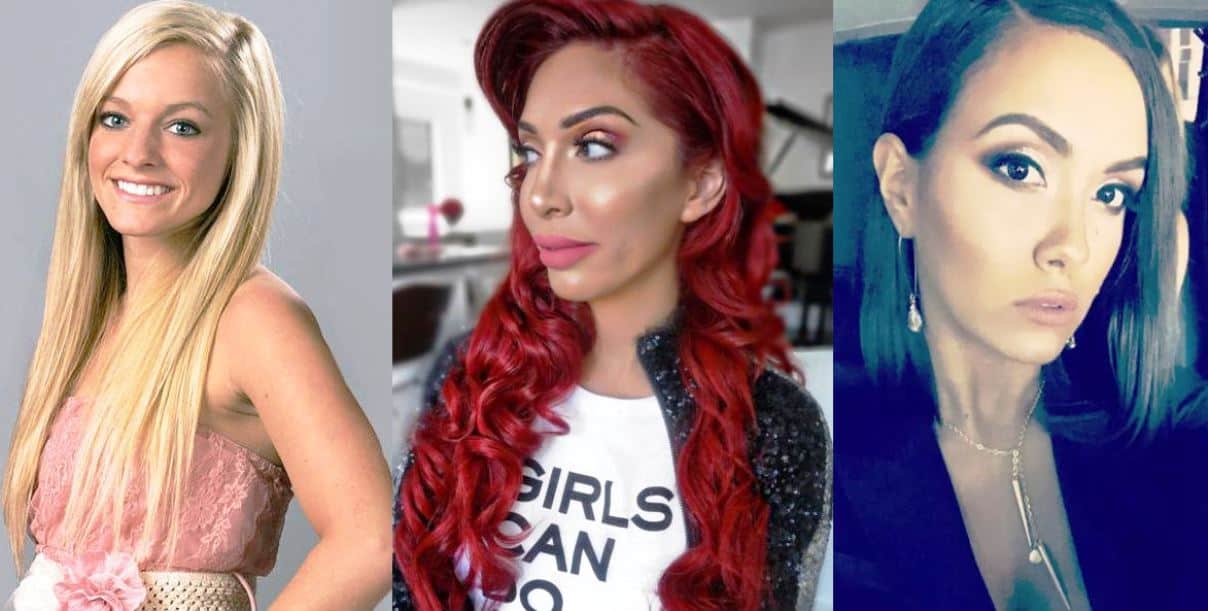 Mackenzie McKee called into Kailyn Lowry‘s podcast series, Coffee Convos, on Thursday and addressed a number of hot topics, including whether she will be replacing Farrah Abraham on Teen Mom OG, her feud with Briana DeJesus, plus she shared an update on her mom’s cancer diagnosis.

First, she spoke out on the cancellation of Teen Mom 3.  “Right when it aired, they called us and said they were pretty much done with us,” Mackenzie revealed during the March 22 episode.

According to Mackenzie, she has no idea why the network chose to end the series after just one season but suspects it had something to do with a couple of the cast members not wanting to continue.

“We never really got a clear answer why it got canceled. I know that half of us were wanting to go on and half of us really showed, ‘I don’t want this life, like, I really want to go back to my normal life,'” she explained.

Although Mackenzie hasn’t been featured on MTV for years, her story continues to be followed by her many fans and followers online and recently, she began chronicling her mother Angie Douthit’s battle with cancer.

“My mom got suddenly diagnosed with stage 4 cancer and she has so many masses in her lungs that they stopped counting at 40. One of them is bigger than an orange and then it went to her brain,” Mackenzie revealed. “It was kind of a shock because she doesn’t smoke, she doesn’t drink. She’s healthier than I have ever been and I live a pretty healthy lifestyle.”

Mackenzie and her family learned her mother was suffering from stage 4 cancer last year but despite the dire diagnosis, they remained positive and chose to do what they could to inspire others to stay strong amid their own battles. They also began filming a special about Angie and her cancer battle for MTV that is expected to air in April or May.

“It’s just a huge inspirational story… Have your tissues ready,” she said.

In recent months, Angie has done two rounds of radiation and began taking a chemo pill, which has reduced the sizes of the masses — and gotten rid of some completely.

While Angie’s MTV special has been confirmed, there have also been rumors claiming Mackenzie will return to MTV later this year to replace Farrah on Teen Mom OG. Mackenzie revealed she couldn’t say much about the ongoing reports.

“I actually cannot answer anything but everything is so up in the air right now. I woke up and read all these articles that I didn’t even know about,” said Mackenzie. “I know people saw on my Snapchat – cameras filming in the background and they were like ‘oh my gosh! So it’s true she is on OG.’ And I’m like no, this is for my mom’s special. But yeah, there’s a lot right now that I cannot answer, but I would absolutely love to be a part of the [MTV] family again, and it’s just kind of one of those things where it’s in God’s hands, and if it happens, it happens. And if it doesn’t, I’m still going to continue doing all of my fitness stuff.”

A return to the Teen Mom franchise would mean she and Briana will ultimately cross paths.

As Teen Mom 3 fans may remember, Mackenzie was accused of slamming Briana for her multiple baby daddies in 2017 after she allegedly beat her out for a role on Teen Mom 2.

“The last time Bri and I talked she told me that I am a nutcase and need to get my [tubes tied]. We just kind of blocked each other from there. It was a mess,” Mackenzie recalled.

As the rumors regarding her potential addition to Teen Mom OG continue, Mackenzie is focused on her family, including her three children, Gannon, 6, Jaxie, 4, and Broncs, 19 months, and her husband, Josh McKee.

Admittedly, things haven’t always been great between Mackenzie and Josh but currently, they are doing just fine.

“Josh and I had a very rocky marriage when it was just the two [kids]. We were like hot mess express all the way, couldn’t get ourselves together, could not even stand each other most of the time,” she said.

Now, as she and Josh enjoy a “good marriage,” Mackenzie says parenting has been much easier.

TELL US – DO YOU WANT TO SEE MACKENZIE ON TEEN MOM OG?