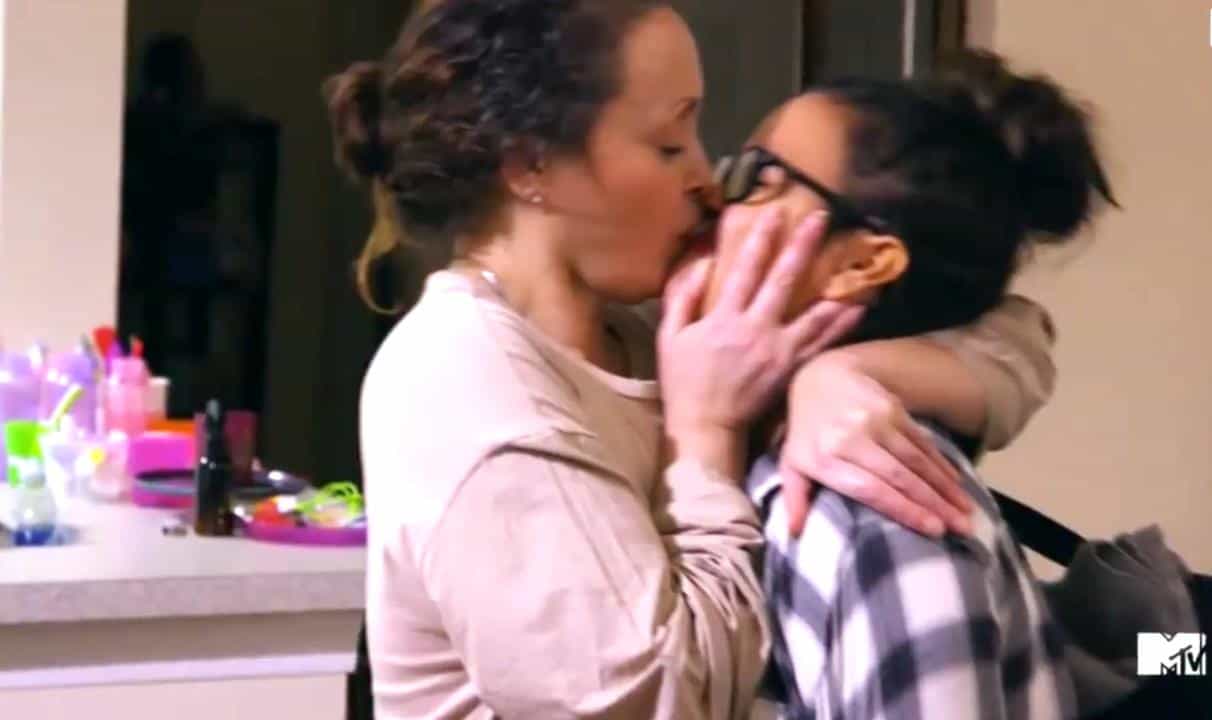 Briana DeJesus‘ fans were horrified to see her share an awkwardly long kiss with her mother, Roxanne DeJesus, during Monday night’s new episode of Teen Mom 2.

After Roxanne was seen grabbing her daughter tight and locking lips with her in what appeared to be a questionable manner, viewers of the MTV series took to Twitter to share their thoughts — and their disgust.

“Umm that kiss with Briana and her mom was way too uncomfortable to watch!!” wrote one fan of the show.

“I’m a little grossed out by how long Briana’s mom kissed her before she left,” another viewer added.

Following the backlash, Briana agreed with a fan who labeled the kiss between her and her mom as “creepy.”

“It sure was,” Briana admitted. “But I was leaving for a major surgery so I understand why she did that. Imagine something happened and we didn’t get to say goodbye?”

It sure was lmao but I was leaving for a major surgery so I understand why she did that. Imagine something happened and we didn’t get to say goodbye?

Later, Briana tried to make light of the situation by tweeting to her mom that the kiss was “gross.”

She tweeted, “Damn ma that was gross, but hey at least you love me. Some other kids need that Motherly love ASAP. Better write some notes!”

“What the f*ck did I just see on my TV?” she wondered.

What the f*ck did i just see on my tv