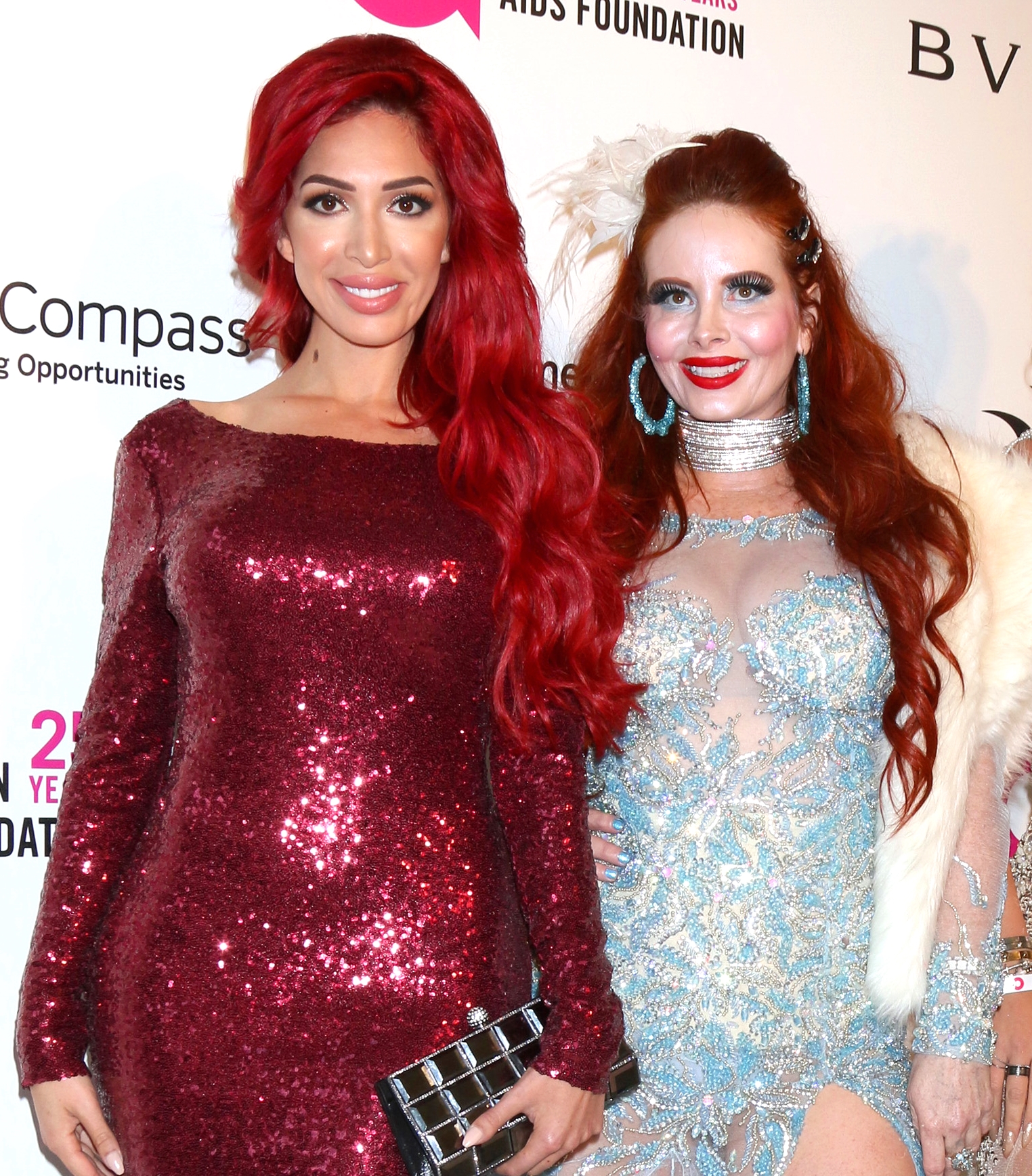 Phoebe Price is putting Farrah Abraham on blast in a major way.

After a falling out several months ago, Phoebe has made some shocking allegations against her ex-friend, claiming the former Teen Mom OG star is not only a “hooker,” but also a drug user, a heavy drinker and a horrible parent to her nine-year-old daughter Sophia.

During an Instagram live session Thursday, Phoebe clapped back at Farrah who apparently accused her of being jealous.

“I’m going to tell you the real truth of what’s going on about that Farrah Abraham,” said Phoebe. “I’m gonna spill the tea.”

She then went on to accuse Farrah of being an escort.  “You’re a f**king hooker that has to go to Dubai, so nope, I’m not jealous of you,” said Phoebe.

“[Farrah] drinks too much. She pops pills too much. She’s a bad mom. And I wouldn’t be surprised if Sophia got taken away,” she continued. “She leaves her with babysitters and she tries to get rid of Sophia every chance she gets. She tries to act for the camera that she is a great mom.”

And in an interview, Phoebe repeated her hooker claims about Farrah.

“She’s a high class hooker,” Phoebe told Radar Online on July 27. “She meets men on very exclusive websites and one guy she went to meet in Dubai. She dumped her last guy because he lied on [celebrity dating site] Raya about his income.”

At the end of last May, Farrah posted several photos of herself and Sophia in Dubai, one of which featured the mother/daughter duo enjoying a camel ride together.

As for Farrah’s alleged drug use, Phoebe revealed that she gets her pills from doctors by complaining about pain she’s experienced after the many cosmetic procedures she’s undergone.

“She has to get her life in check or she could be a Demi Lovato. It all started with alcohol with Demi. She needs help. She said she has gone to many doctors and they say she is fine, but I know she has many issues and she needs help especially because of Sophia. I have known people with bipolar.”

In response to Phoebe’s claims against her, Farrah told Radar Online, “Stop engaging with a mentally ill person.”

“I don’t drink at all. I’m training two times a day for a boxing match,” she continued. “I don’t speak with her any more as she is jealous of my success. I’m too busy running companies, working on my next shows, films and being with my child. LA is full of negativity and I haven’t spoken with her since Coachella. She’s a horrible person.”