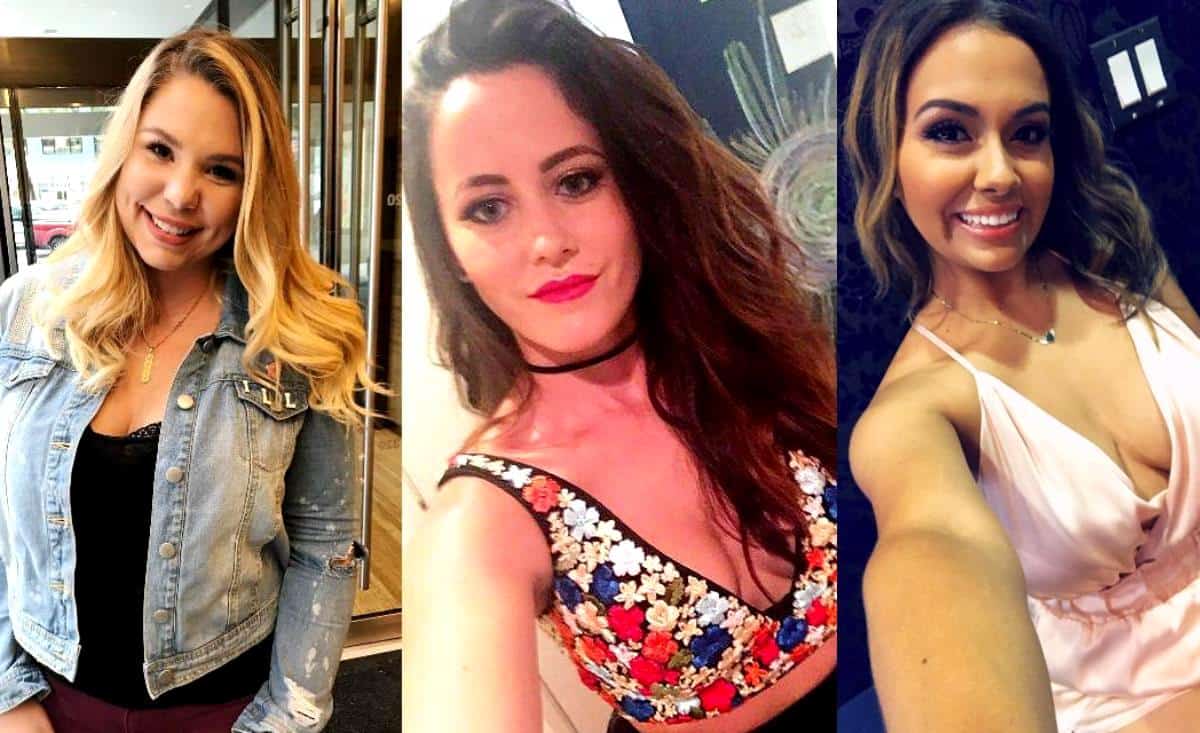 Kailyn Lowry opened up about her relationships with her Teen Mom 2 co-stars during a recent episode of Heidi Montag and Spencer Pratt‘s podcast, “Make Speidi Famous Again.”

Speaking to the former Hills stars, the mother of three admitted there was “animosity” between herself and a couple of her co-stars, including Jenelle Evans and Briana DeJesus.

“We film our own stories and our own lives and then if we happen to cross paths, then they would film that but we don’t have to film with each other,” shared Kailyn. “At reunions and stuff, obviously it’s kind of inevitable that we’re going to run into each other. There’s just been a lot of animosity between our cast members, so we don’t even do the reunions [or our] segments together anymore.”

According to Kailyn, she and Jenelle were closer than any of their Teen Mom 2 co-stars before suffering a falling out years ago.

She continued, “And then me, Chelsea and Leah kind of all stick together. Chelsea, she kind of does her own thing. She’s married and her situation is different. She doesn’t have any drama. I don’t blame her for not wanting to be involved with the bulls–t of the show. But yeah Jenelle, I don’t associate with her anymore.”

As fans will recall, Kailyn was involved in a physical altercation with Briana and her sister, Brittany DeJesus, during a reunion special taped earlier this year. Since then, producers of the MTV hit have been keeping the women separated.

Also earlier this year, Jenelle was involved in a road rage incident, during which she pulled out a gun on another driver as her nine-year-old son, Jace, sat in the front seat.

“I don’t really associate with [Jenelle],” said Kailyn. “I literally had my hands over my eyes and I’m like literally peeking out of my fingers because I’m like I don’t know what’s going to happen next and I can’t believe this is happening right now.”

“Something like that, I wish it wasn’t reality,” she added. ‘So, it’s like what the hell is happening? And she didn’t see anything wrong with it.”