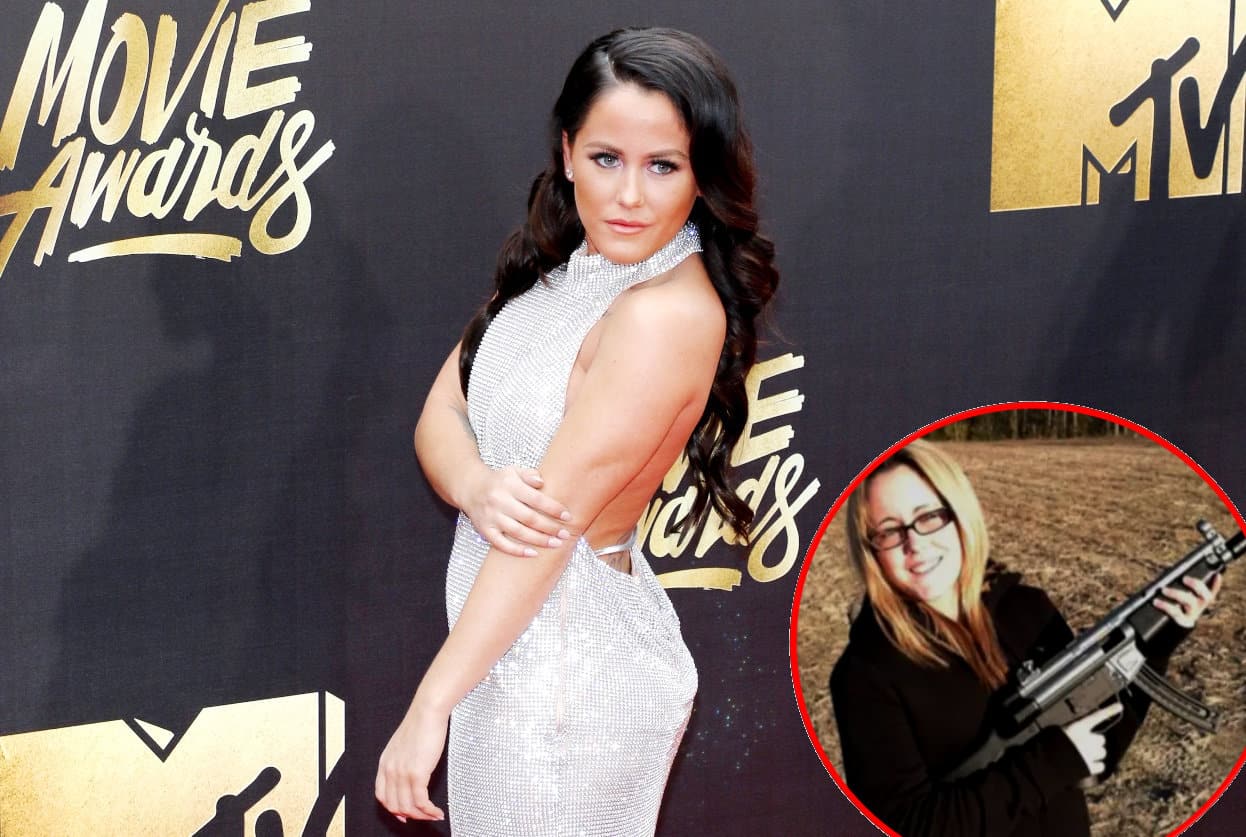 Jenelle Evans was involved in a shocking road rage incident on April 26, 2018 and ultimately called police to report a driver had “purposely slammed on the brakes” in front of her.

However, according to a new report, the Teen Mom 2 star and mother of three allegedly failed to tell the 911-operator that she had a gun in her possession and used the weapon to threaten the male driver.

In the police report and audio account obtained by Radar Online from the Brunswick County Sheriff’s Office Communication Center, the other driver claimed Jenelle  “hit his truck, ran over his mailbox and pulled a gun on him.”

“A crazy lady followed him to his house, she is fixing to get shot,” the report stated. “She was driving blocking traffic, he tried to pass her on the inside like everyone else and she flipped out.”

After arriving to the man’s home, he “started yelling to bring it on” at Jenelle, who had her eight-year-old son Jace in the car.

In the police report, a deputy noted, “Suspect [Evans] hit two vehicles in the yard and then she pulled a 10-84/G,” which is code for “suspect with a gun.”

After the incident, the male driver told police he wants Jenelle “stopped and charged.”

“This guy is trying his hardest for me not to behind him anymore,” she continued. “He is literally going crazy, swerving in and out of lanes.”

Jenelle went on to tell the operator that she was using Jace’s phone because the other driver “made [her] slam on the brakes so hard that [her] phone went flying.”

“My son, his head almost got whiplash and almost hit the dash,” she added. “That’s how bad I had to slam on the brakes.”

Jenelle has come under fire in recent weeks for her many photos of her kids with guns, as well as the photo seen above, which was taken and shared just hours after the school shooting in Parkland, Florida.

Jenelle and her family return to MTV next week for Teen Mom 2 season 8B on Monday, May 7 at 9 p.m.