Home Teen Mom Kailyn Lowry Comes Clean About ‘Teen Mom 2’ Reunion Fight: ‘Brittany Pulled My Hair But I Did Not Get Beat Up!’

Kailyn Lowry Comes Clean About ‘Teen Mom 2’ Reunion Fight: ‘Brittany Pulled My Hair But I Did Not Get Beat Up!’ 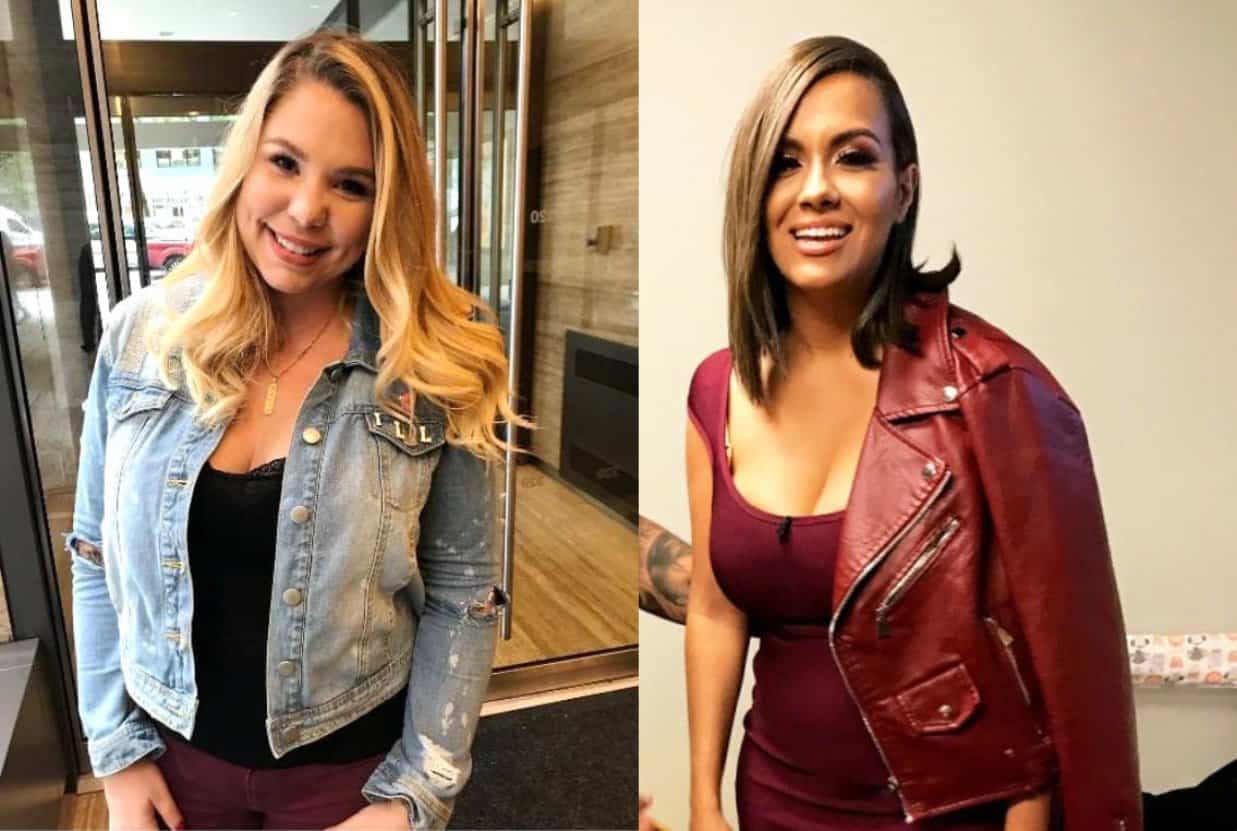 Kailyn Lowry opened up about her Teen Mom 2 brawl with Briana DeJesus during the latest episode of her podcast, Coffee and Convos.

During the episode, Kailyn spoke to her co-host Lindsie Chrisley about her confrontation with Briana backstage at the reunion in New York City and the moment she was attacked from behind by Briana’s sister, Brittany DeJesus.

“I will clarify that I did not get beat up. Briana and I did not hit each other,” Kailyn said.

According to Kailyn, she confronted Briana backstage in her dressing room when cameras weren’t present.

“Yes, I did want to punch her and yes, I did try,” she admitted. “The security guards got me before I could.”

While Kailyn was well-aware of the tension between herself and Briana when she took to the stage to begin filming, she said she never expected for Briana’s sister to attack her, especially after requesting that producers keep her and the sisters separated.

“When she came out guns blazing I can’t say that I was surprised,” she explained. “But I certainly didn’t expect for Brittany to come up behind me and pull my hair. I did not expect that.”

“I texted three producers [beforehand] and said I was uncomfortable with her behind me because obviously I couldn’t see what she was doing or what she would have done,” Kailyn continued. “I get up, walk away and here [Brittany] comes, running up behind me, she pulls my hair.”

During Briana’s segment, she reportedly began exhibiting some very strange behavior while trying to make her way over to Kailyn.

“I’ve never heard anything like the sounds I heard coming out of Briana’s mouth,” Kailyn said of her odd antics. “She sounded and looked like an exorcism was occurring! She threw lamps and vases and she was screaming. I’ve honestly never seen anything like that.”

Unfortunately, Kailyn and Briana’s co-star, Chelsea Houska, was present during the fight and opted out of the next day of filming because she didn’t feel safe.

“I feel bad for Chelsea because she was pregnant and I had promised her I was never going to fight in front of her, or do something like that,” Kailyn said. “Chelsea is a really good friend of mine so that bothered me a lot. I didn’t really want it to go this far. [Briana] crossed a couple of lines. After we left that room with no cameras, I was over it. I was like, ‘You know what? This is a bunch of bulls**t. The security guards told me they were never going to let me hit her, so at that point it was like, for what? Why am I even going to continue this?

“When we went on stage, I was fine,” she continued. “I didn’t feel comfortable with them sitting behind me but I was fine. I was like, ‘We can move on.’”

Following the encounter between the two women, rumors began swirling in regard to whether Kailyn or Briana, or both, would quit or be fired. However, according to Kailyn, she’s sticking around and looking forward to continuing to working with Chelsea and Leah Messer.