Home Teen Mom Briana DeJesus Speaks Out On Weekend Fight With Kailyn Lowry! Feels MTV Set Her Up, Plus Is She Quitting Teen Mom 2?

Briana DeJesus Speaks Out On Weekend Fight With Kailyn Lowry! Feels MTV Set Her Up, Plus Is She Quitting Teen Mom 2?

by Lindsay Cronin May 21, 2018 3 comments
ShareTweetWhatsappPinterestRedditTumblrMailFlipboard 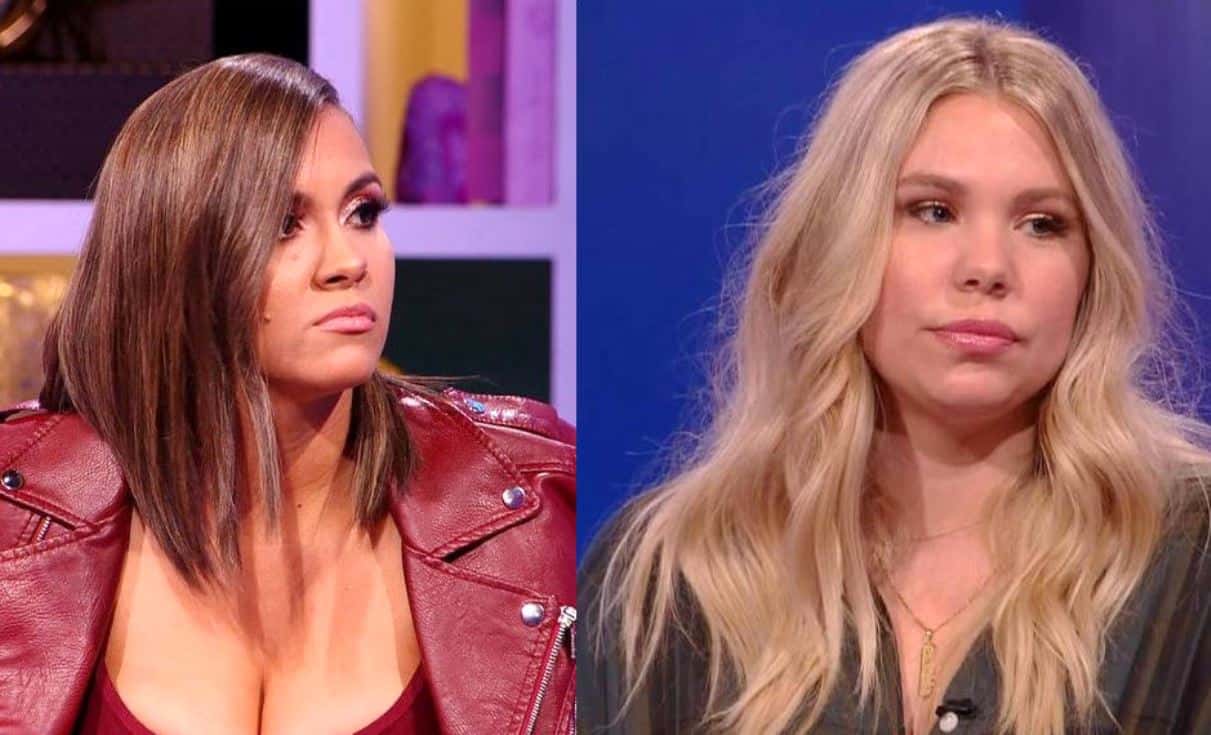 A fight erupted over the weekend during the Teen Mom 2 season eight reunion filming and now, Briana DeJesus is telling her side of story.

Following reports of a physical altercation between Briana and Kailyn Lowry, Kailyn spoke out on her Twitter page, claiming that she didn’t get beat up or hit. Two days later, Briana is revealing new details about their on-set dispute, suggesting that she was actually set up by MTV.

“I got to the studio, I get a text and it’s Kail saying she wants to talk. So production told me that she wants to squash the beef since we are on the same show. So I said ok. Kail didn’t want our ‘convo’ filmed so production stood in the hallway,” Briana recalled to The Hollywood Gossip on May 21.

“When Kail walks in, she looked like she wanted to fight so I’m like omg here we go,” she continued. “So there’s three guards inside with us just in case so Kail starts yelling saying let me just hit her one time. She knew she wouldn’t be able to touch me because all the guards were holding her back, so whatever. That ended and I was like wait til I see you again.”

According to Briana, her Teen Mom 2 producers enlisted her to film a segment but when she arrived onstage, the only person waiting for her was Kailyn and right away, Briana ran up to her with her sister, Brittany DeJesus close behind.

“Guards got to me. I slipped and fell trying to get over the table to get to Kail and then my sister got into it,” Briana explained. “I do know that my sister tried to stop me at first when l ran out on the stage, but then Kail started to talk sh*t to Brittany, so Brittany got upset. I don’t want anyone to think we tired to jump her, cause we didn’t.”

“[I don’t know] what else happened [or] what my sister did, cause I didn’t get to see cause I gotta tackled by security,” she added.

Because of how everything went down with Briana being called onstage with her nemesis, Kailyn, she reportedly decided to storm off set — and not return. As a source explained to The Hollywood Gossip, Briana high-tailed it out of Los Angeles after her fight with Kailyn and allegedly told producers that she no longer wants to be featured on Teen Mom 2.

“After this all went down, Briana walked off stage and refused to film anything else. She got the next flight home that weekend and told Production she quit the show. She didn’t show up Sunday to film the reunion and has been back home in Florida since Sunday,” an insider said. “Briana feels like the initial conversation with Kail was set up by production since Production told Briana Kail wanted to squash the beef but Briana feels like they knew Kail wanted to fight.”