Chelsea Houska Throws Shade at MTV Over the Current Direction of Teen Mom 2! 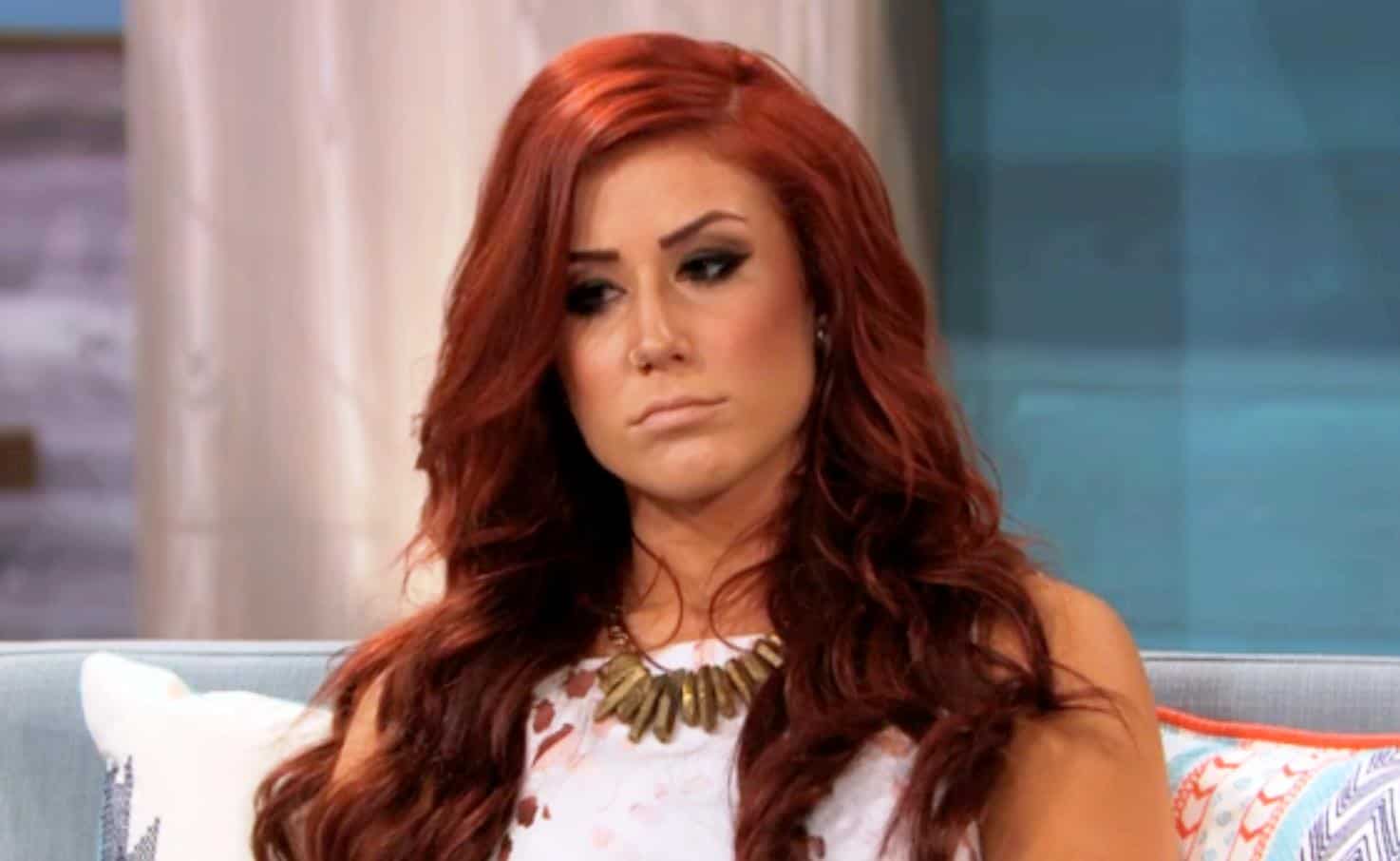 Chelsea Houska isn’t happy with the direction Teen Mom 2 has taken over the past few seasons.

Im almost positive that I’m barely in the next one too lol didn’t you know teen mom 2 isn’t actually even about being a mom anymore?! ????????????‍♀️ https://t.co/OhiqoQwrnk

Chelsea then replied to another fan who said they missed the days when Teen Mom 2 was about the struggles of young moms, which was the main goal of the series when it first began, and not about constant drama.

During the first couple of episodes of Teen Mom 2 season 8B, the main storyline has been focused around the drama between Kailyn Lowry and Briana DeJesus. As fans well know, Briana began dating Javi Marroquin in between season 8A and 8B and when the show returned to MTV earlier this month, Kailyn made it clear that she was not happy about the relationship.

Off-screen, things between the Teen Mom 2 stars have been just as bad with Kailyn and Briana frequent exchanging jabs on Twitter, and Jenelle Evans and Jeremy Calvert doing the same.

Although Chelsea used to have plenty of drama in her story, things have calmed down substantially since her former boyfriend, Adam Lind, the father of her daughter Aubree, left the show. Now, instead of battling it out with Adam, Chelsea is enjoying her life at home with husband Cole DeBoer, her daughter Aubree, and their son Watson.

Chelsea also has another baby on the way, a girl.

“Aubree is super excited. She wanted a girl this time so she is excited and she is so much help. But Watson, he has no idea,” Chelsea told E! News last week. “We told Aubree right away this time and she knew that we wanted another baby soon so she was surprised but she was just so happy.”

As the new Teen Mom 2 season continues, fans will be seeing more and more of Chelsea and her pregnancy and soon, they will watch as the longtime reality star shares news of her third child’s gender with her husband for the very first time.

“I found out when he was working so I got to tell him what the baby was on camera so that was exciting,” she teased to us. “I know people always say their husbands are great or whatever but I think mine is the best. He’s patient. He works all day and still comes home and helps me with what I need. He makes sure to get time in with the kids before bed. He’s just a good guy all around.”