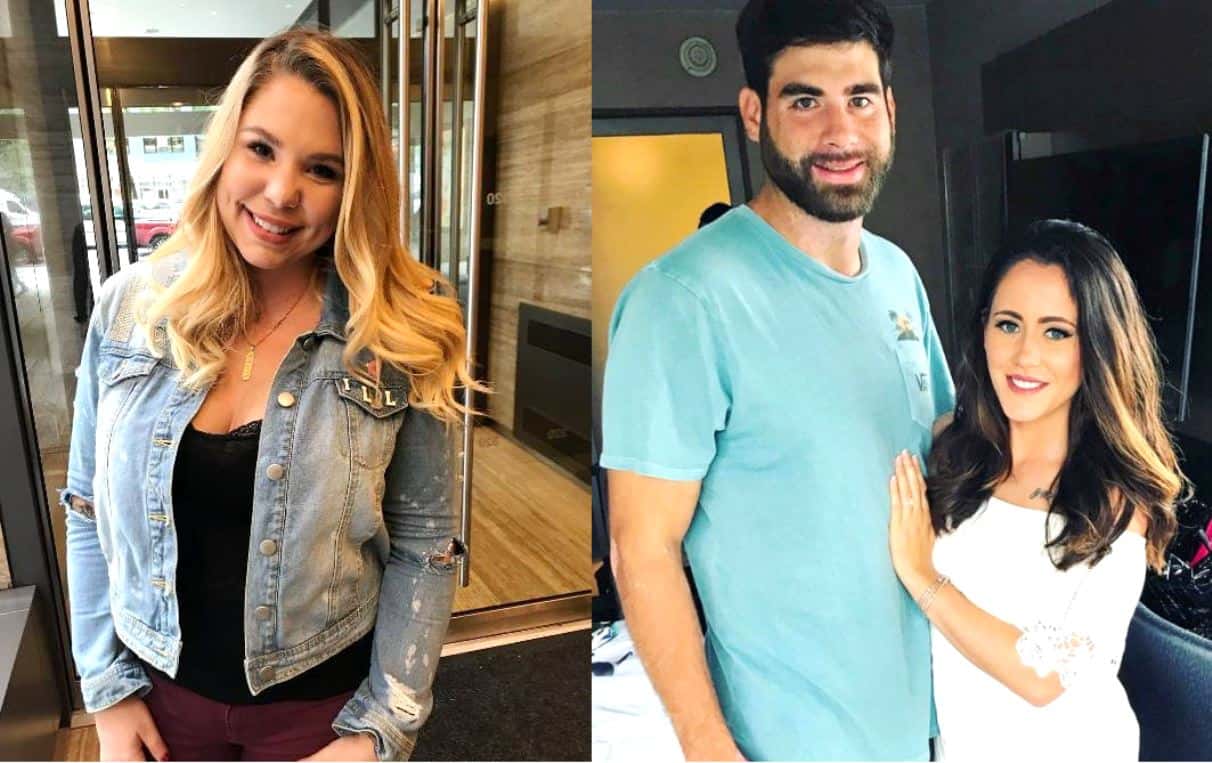 During the show, fans watched as Jenelle’s former fiancé revealed that their son, three-year-old Kaiser, had allegedly informed him that he had been “punched” by Jenelle’s husband, David Eason. Fans then learned that Nathan’s mother had filed for emergency custody of the boy after seeing that he was sporting some concerning bruises.

While Jenelle has insisted that there is no abuse going on in her home, her Teen Mom 2 co-star, Kailyn Lowry, didn’t seem too convinced that there wasn’t anything to worry about.

The fact that there are anyyyyy conversations about neglecting your children and bruises at all raised red flags, come on now.

In response to Kailyn’s tweet, some fans pointed out that bruises aren’t out of the ordinary for little boys.

“Your kids must not ever fall down or get bumps and scrapes,” one person wrote.

“As a mom of boys bruises happen come on Kailyn you have three you should know this,” another added.

Meanwhile, other fans noted that the injuries visible on Kaiser didn’t appear to be normal bruises.

“Bruises in the shape of a handprint around a child’s arm just ‘happen?'” a fan asked.

“And finger marks!” another added. “There are certain places on body that don’t just happen! When bruises are more on insides of legs arms, you don’t bump and fall on insides!”

According to some fans, they don’t think that Jenelle actually hits any of her children but said she likely allows her husband to do so.

“I don’t think Jenelle abuses him, but she allows David to, which is just as bad,” someone said.

“Neglect or allowing her man of the week to discipline her kid or kids is abuse.. and Kaiser was born with drugs in his system like Ensley… and jace.. That is abuse,” another pointed out.

Jenelle admitted to using drugs while pregnant with her youngest child, one-year-old Ensley, during an appearance on Vince Russo’s The Brand podcast months ago but didn’t mention if she used while expecting Kaiser or Jace.

On Monday night’s show, Nathan was seen speaking to a few friends and revealing that his son immediately covers his bottom after making mistakes as if he is bracing himself for being hit. During another scene, Jenelle’s mom, Barbara Evans, who has full custody of her oldest child, eight-year-old Jace, claimed Jace had told her David spanked Kaiser several times until he began crying.

In response to Barbara’s statement about David and his potential abuse, Jenelle said Jace was lying.

“[Jenelle] always protects the man she’s with,” Barbara said. “She chose this guy, she’s putting [a] guy again over her children.”