Kailyn Lowry and Briana DeJesus Get Into New Twitter War! Plus Javi Marroquin Caught Talking To An Ex 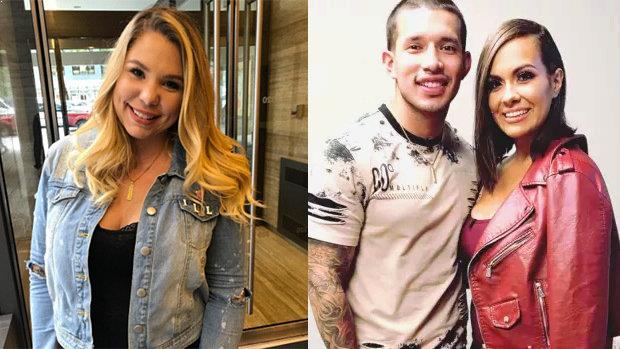 This feud between Briana DeJesus and Kailyn Lowry doesn’t appear to be dying down anytime soon as the ladies have yet again gotten into another Twitter war.

The drama started after Briana dissed Kailyn during an Instagram Live session on Friday, and word about that got back to Kailyn when Teen Mom 2 fans started tweeting her about it. Kailyn’s initial response was “Lmfaooo.”

Briana then responded directly to Kailyn which started the all out Twitter war.

Briana tweeted to Kailyn: “Don’t talk about me on ur podcast and expect me not to say anything. Own ur s**t girl.”

Kailyn tweeted back, “The thing is that you KEEP TALKING.” Briana responded, “B***h idgaf. U play the victim. I told u on the phone if you mention my name or my kids ever again there was gonna be a problem. And u didn’t listen. Not my fault.”

Kailyn wrote back, “Ok hypocrite. Ya mention my ex, my kids, my parents, etc. it’s only ok when you do it? What’s the problem briana? You can’t even get out of bed.”

Briana wrote one final tweet telling Kailyn, “U act like u can talk about me but when I say something about it. U run to MTV and cry to them and tell them I’m being mean… Let the hurt go ma.”

Briana has of course deleted her tweets while Kailyn’s tweets are still up. Screenshots are below! 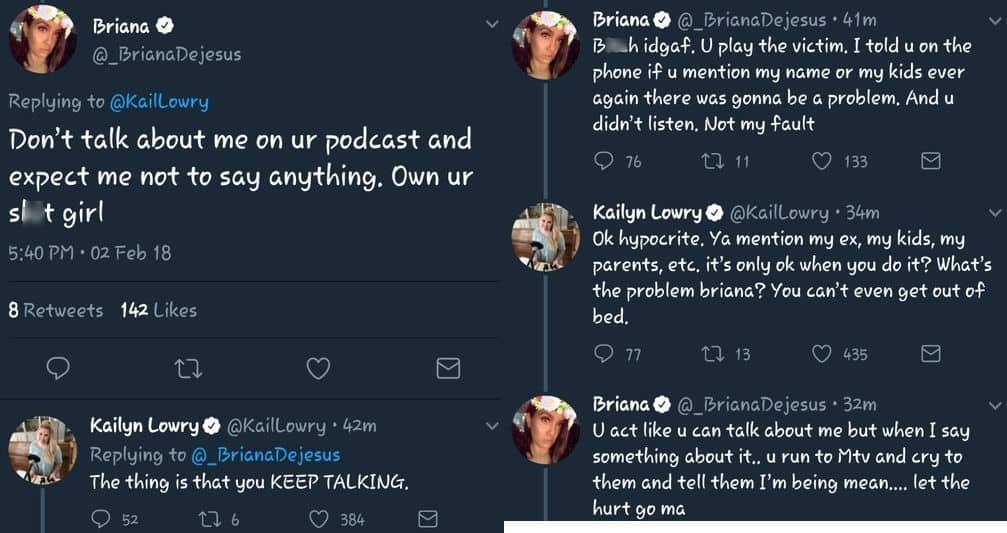 Meanwhile, the man of the hour Javi Marroquin who is at the center of this catfight is busy chatting up an ex-girlfriend!

If you recall, Javi and Briana reunited earlier this week after a brief split but unfortunately, their reconciliation was extremely short-lived after Briana’s ex-boyfriend Devoin Austin showed up in Miami. Briana is recovering after undergoing a mommy makeover plastic surgery procedure.

Following the unexpected reunion between DeJesus and Austin, who DeJesus has frequently bashed as an absentee father to their five-year-old daughter, Marroquin surfaced on Instagram where he too reunited with an ex.

On February 2, Marroquin hosted a live Instagram session and during his chat with fans, he called out his ex-girlfriend Lauren Comeau for popping into his feed. In response, Comeau seemed to suggest that something may be going on between them, saying, “You don’t want me to say anything, trust me.”

Despite that exchange, Marroquin is insisting he is still single. He is however trying to get back on his baby mama Lowry’s good side as he issued her a public apology via Twitter.

He wrote, “At the end of the day a good relationship with my sons mother will make Lincoln the happiest. I lost sight of that. This trip made me realize that and I’ve apologized to kail for my actions.”

Lowry re-tweeted his message so at least all is well between those two exes!