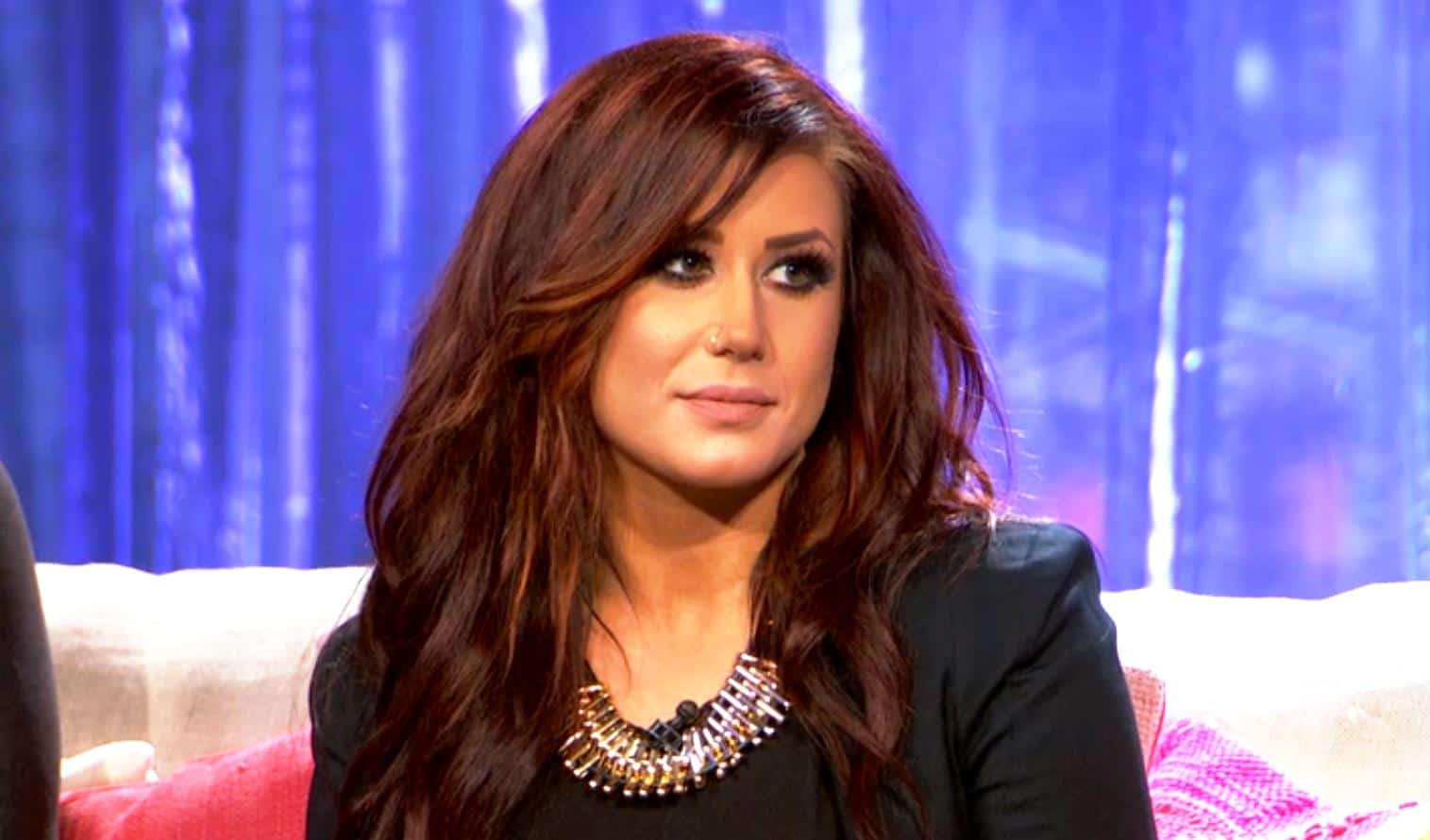 Chelsea Houska doesn’t want to be caught in the middle of her Teen Mom 2 co-stars’ long-standing feud.

According to a new report, the pregnant cast member opted out of filming on the Teen Mom 2 season eight reunion on Sunday after two of her co-stars, Kailyn Lowry and Briana DeJesus, were reportedly involved in a physical altercation with one another one day prior.

Chelsea was “very upset,” a source told The Ashley’s Reality Roundup on May 20.

Before the alleged fight took place between Kailyn and Briana, Chelsea was reportedly heard warning her co-stars and crew members about a potentially violent encounter.

“[The producers] tried to convince Chelsea to come on Sunday, but she still refused,” the source added.

“Chelsea had been promised by the producers that precautions were being taken to ensure no fights broke out and that she would be safe,” a crew explained. “That’s what she was saying as she left the set on Saturday. She was angry that MTV basically set it all up to happen this way.”

Chelsea’s absence during production has led to an expected dilemma for Teen Mom 2 producers, who have already been scrambling to find a way to include Jenelle Evans in the reunion special. As some may have heard, Jenelle informed MTV that she would not be filming the reunion special over the weekend after they failed to pay for her fired husband, David Eason, to attend the taping.

According to The Ashley, the network is considering having reunion host Dr. Drew Pinsky travel to Jenelle’s home in North Carolina to tape her segment but no decisions have been finalized quite yet.

“Chelsea told producers that if they can make those kind of accommodations for Jenelle, they can do the same for her and figure something out,” the production source said.

Im almost positive that I’m barely in the next one too lol didn’t you know teen mom 2 isn’t actually even about being a mom anymore?! ????????????‍♀️ https://t.co/OhiqoQwrnk

Meanwhile, David also took to his social media over the weekend to taunt Kailyn on supposedly getting beat up. But Kailyn has denied this with sources stating no punches landed, and it was mostly hair-pulling.

@KailLowry look at this loser who got fired from teen mom but still keeps up with the drama. @PBandJenelley_1 you need to check your man and I hope the police check your drug tests. #teenmom2 #teenmomreunion pic.twitter.com/QbSlrA2cjN