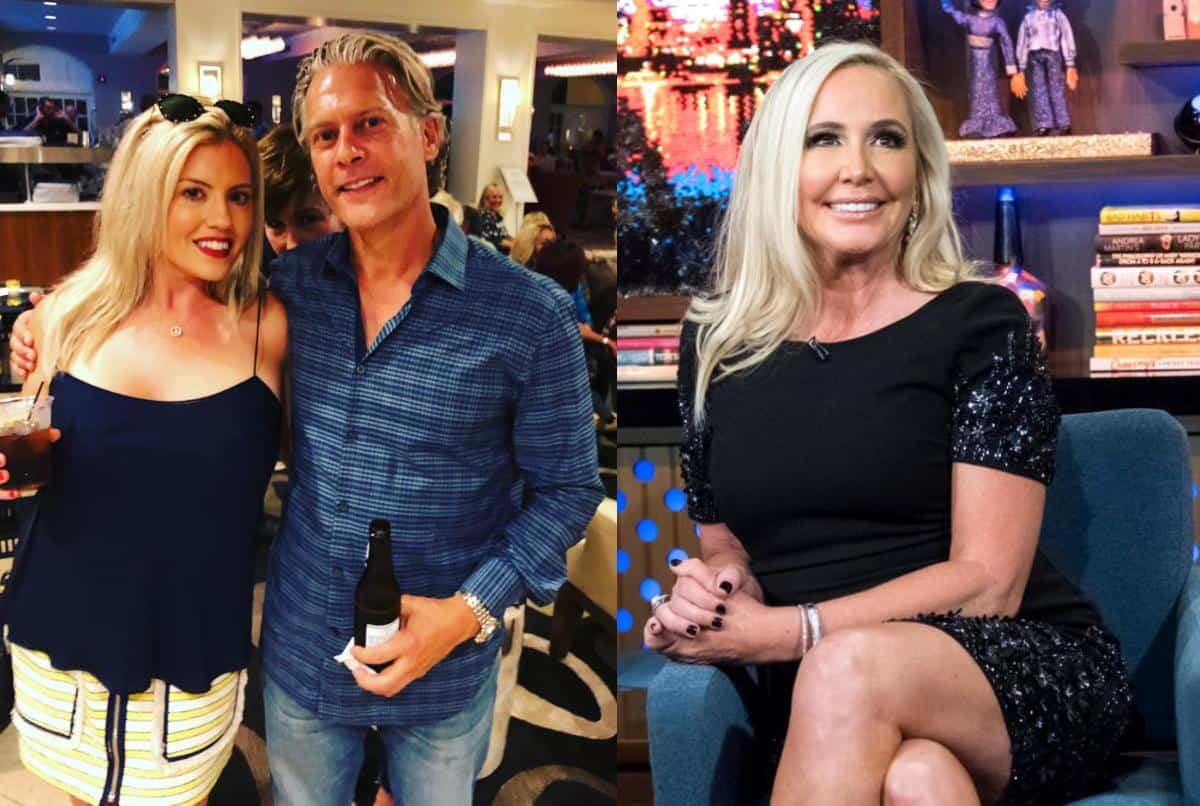 Lesley Cook went on a bit of a rant on Instagram on Tuesday, taking aim at Shannon Beador and The Real Housewives of Orange County for its many “lies” while fighting back against the allegations plaguing her boyfriend, David Beador.

On the latest episode of the RHOC, Tamra Judge revealed that David allegedly turned off the water at Shannon’s home following a court order requiring David to pay Shannon $22,500 a month in support. According to Tamra, David decided to take his name off the utilities at the home he once shared with Shannon, which led to Shannon calling Tamra crying because she didn’t know that she had to pay for water.

This led to some criticism of David, and after TheGoodTeaTime blog shared a post on Instagram in which David was referred to as “a major douchebag and quite possibly one of the worst husbands ever,” Lesley decided to post multiple comments defending him while also taking shots at Shannon.

First, Lesley pointed out that if David was truly a horrible husband for nearly two decades, Shannon would have likely known that one must pay for their water.

“He was such a sh*t husband for 20 years she didn’t even know you had to pay for water? I bet most of you split the utilities and or your husband complains about you taking long showers, lmao,” she wrote. 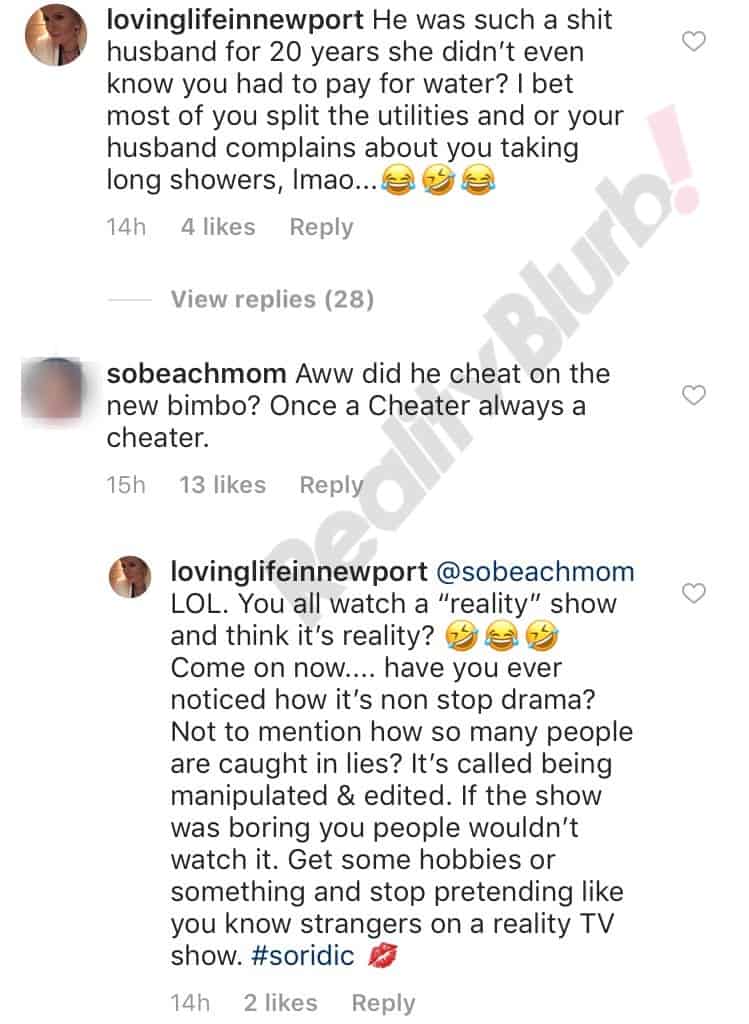 According to Lesley, what fans are seeing on the RHOC isn’t always the truth.

“You all watch a ‘reality’ show and think it’s reality? Come on now… have you ever noticed how it’s non stop drama? Not to mention how so many people are caught in lies,” she noted. “It’s called being manipulated & edited. If the show was boring, you people wouldn’t watch it. Get some hobbies or something and stop pretending like you know strangers on a reality TV show. #soridic.”

Lesley didn’t end there as after an Instagram user left a comment with the hashtag, “#YouPayForWater???,” she chose to respond. 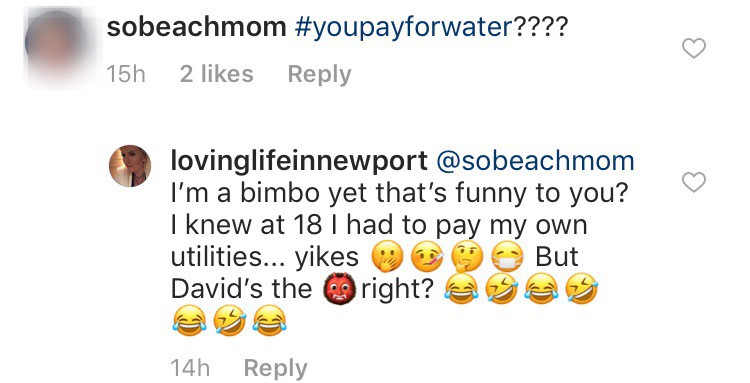 Throughout the 13th season of the show, Lesley has been fighting back against claims of an affair between herself and David. As viewers will recall, Tamra Judge was seen telling Shannon that she had saw the couple communicating with one another on Instagram months before they confirmed their relationship.

Lesley went on to say that cast members on the show have been “manipulated” and “edited” to appear more interesting to viewers.

“If the show was boring you people wouldn’t watch it,” Lesley said. “Get some hobbies or something and stop pretending like you know strangers on a reality TV show.”