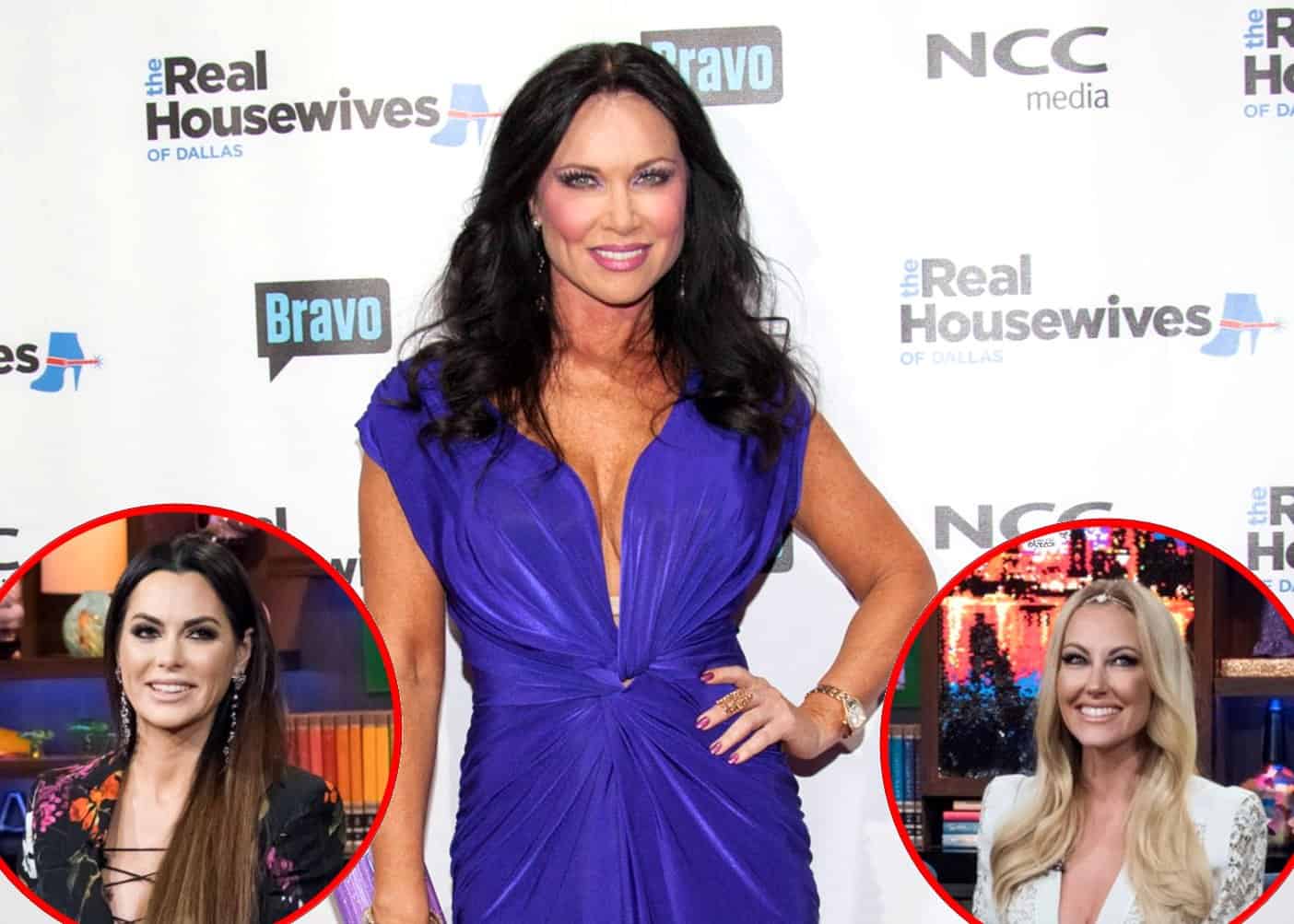 If you want the low down on the southern belles of the Real Housewives of Dallas, there’s only one place to go.  This lady will tell it like it is, whether you want to hear it or not, and we definitely do!  Ladies and Gentleman, Ms. LeeAnne Locken!

“YeeeeHaaaw! Welcome back to my personal style of TRUTH! Southern Style!” she began her first Bravo blog of the new season.

That’s right, RHOD is back, and that means LeeAnne is here to serve the Texas tea!

For starters, she weighed in on D’Andra Simmons’ anniversary party, and that awkward moment when the hostess attempted to put LeeAnne and her long time beau, Rich, on the spot by jokingly announcing that the couple would be having an impromptu wedding ceremony.  In case you haven’t noticed, D’Andra is very invested in their plans to tie the knot.

“Dear LORD!,” LeeAnne wrote.  “It’s no one’s business when and where we are getting married.  I love and respect (D”Andra’s husband) Jeremy so much. He is so mature about how to handle things and I just keep hoping some of that will rub off on his wife.  The people who need to know, have the information.”

And she wasn’t done digging into D’Andra, whom she thinks could benefit from a “lesson in Southern Class” for the way she spoke to her mother, Dee Simmons, on the latest episode of the show.

“In the South, women are raised to respect the women who raised us,” she explained. “It is a tradition and considered to be an honorable way to behave so I would NEVER have spoken to my grandmother the way I just witnessed Dee’s daughter not only “go at” her to her face but worse, behind her back! LAWDY!”

But LeeAnne did find one bright spot in the evening…bonding with co-star Stephanie Hollman over their shared experiences with depression.

“Our mutual struggle with depression gave us a safe place to communicate and relate to each other on a deeper level,” she recalled. “Sometimes the most broken parts of ourselves is where others can find the most beauty!”

What a beautiful, and uncharacteristically kind sentiment.  She also teased more good times ahead for the two women this season.

“I genuinely look forward to the journey to get to know Stephanie!” LeeAnne wrote.  “It’s nice to be zen and hopeful! Especially the part where we make asses of ourselves together! LOL.”

She added that she thinks Stephanie is a “good influence” on Brandi Redmond, and says that by convincing Brandi to invite both her and D’Andra to the party Stephanie was throwing to introduce Baby Bru taught her that “extending an olive branch gets you a lot further than a roadblock.”

As far as that party, we’ll see how it all shakes out, but, of course, LeeAnne already knows!

“Stephanie’s home is magnificent and the party was perfection,” she wrote.  “Now let’s see if next week we can make it through this event without earth-shattering DRAMA! Anyone wanna place bets?”

The new episode of the RHOD airs tonight on Bravo at 9/8c.