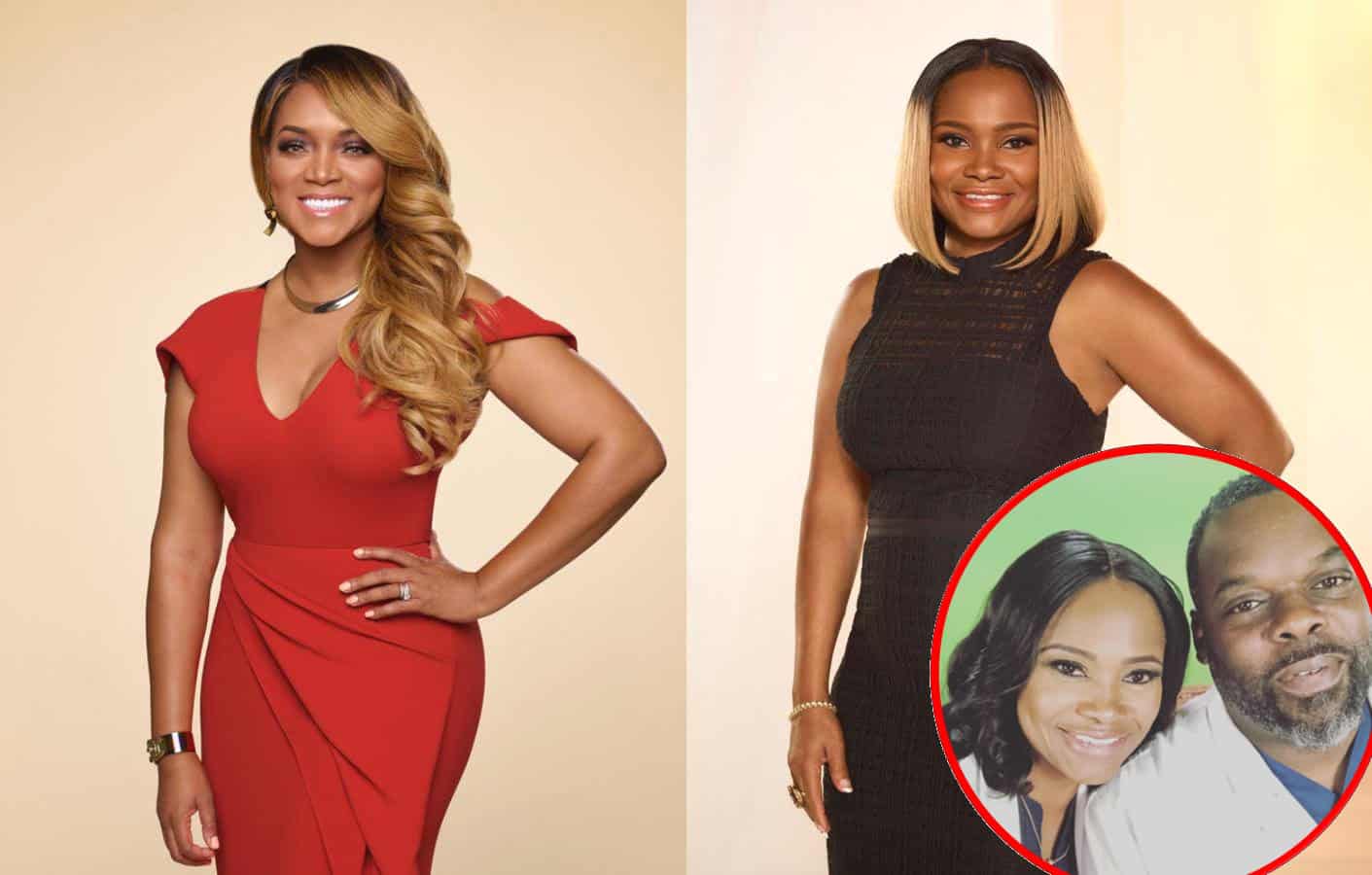 It’s almost here! Season 6 of Married to Medicine kicks off Sunday night, and if you thought last season was juicy, just wait until you see what they have in store for us this time around!  The couples are back with plenty of drama, and they’re jumping right into it from the very first episode as Mariah Huq shockingly accuses Dr. Heavenly Kimes‘ husband of cheating on her.

In a newly released preview, the ladies can be seen dishing about last season’s reunion, and the prank Dr. Heavenly pulled on Mariah.  If you recall, Mariah had decorated her dressing room door with a large poster of herself, which Dr. Heavenly promptly decorated with a mustache.  Needless to day, Mariah wasn’t happy, and it led her to storm off the stage.

In the clip, posted below, Dr. Heavenly apologizes for the joke, and attempts to hold out an olive branch in the form of a new poster she had made of Mariah.  Sounds like a nice gesture, right?! Well…maybe not.  Mariah accuses Heavenly of purposely choosing the most unflattering photo she can find, and tells her exactly what she can do with her apology!

“Your apology ain’t s**t to me!  You know what you can do with you apology? You can kiss it!” Mariah says, slapping her ample behind for emphasis, and adding, “And anybody else that goes along with you on on your fake, phony a** spiritual journey can kiss it too!”

Never one to back down from a confrontation, and confused by Mariah’s venomous reaction, Heavenly tells her that her teeth are “beautiful,” to which Mariah replies, “Thank you! Why don’t fix yours and your husband’s?”

That did it! Everybody knows you don’t talk about Heavenly’s husband, Damon, and she goes on to suggest that Mariah “fix” her own husband “with his small stuff.”

And then, Mariah delivers the death blow!

Heavenly looks stunned, and asks the other ladies, “what is she talking about?”

Yes, what IS she talking about?! Et tu Damon? We thought you were one of the good ones.

It looks like the ladies aren’t wasting any time getting the drama started, and you shouldn’t either. Be sure to tune in for the Season 6 premiere tomorrow night at 8/7c on Bravo.

TELL US – THOUGHTS ON MARIAH’S CLAIMS? DO YOU BELIEVE IT?