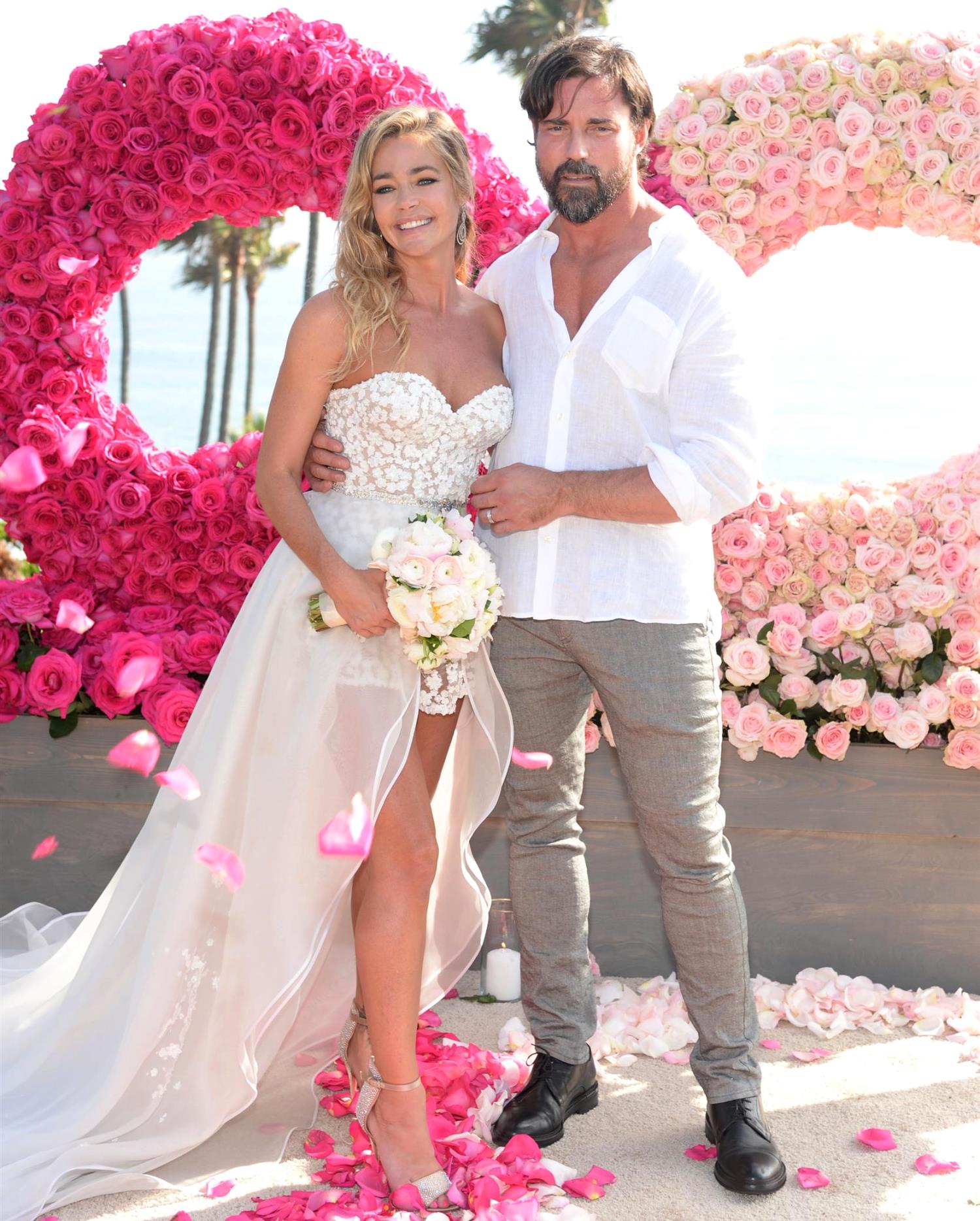 Denise Richards got married last Saturday in Malibu, California just days after her engagement to Aaron Phypers was confirmed but it wasn’t her quicky wedding that caught the attention of her many fans. Instead, it was her lace romper wedding dress.

During an interview on September 12, the newest addition to The Real Housewives of Beverly Hills explained her vision for her unconventional wedding attire.

“I didn’t want to do a traditional wedding dress,” Denise revealed to People. “I wore a traditional dress for my first wedding, so I wanted something different this time.”

Denise’s wedding dress consisted of a white lace romper with a detachable tulle skirt, which designer Mark Zunino threw together in just 24 hours.

“My dress was actually a romper which was perfect since we left the reception on Aaron’s motorcycle,” Denise explained. “I didn’t take the tulle skirt off until I got on his bike. I loved the skirt so much I wore it the entire evening.”

Although the dress was criticized by tons of people online who didn’t feel it was fancy enough for a wedding, Mark told his followers on Instagram in a now-deleted post that Denise loved the design, which made the dress a success.

“Here’s our thought: we work for the bride/client. As long as they’re in love with the design, we feel we’ve done our job. Unless you’ve paid for it or are the one wearing it you don’t have to worry about it! We are thrilled that Denise felt beautiful on her special day and love how the dress 100% fit her personality and the setting.”

As for Denise, she is unconcerned with what her critics are saying.

“I didn’t know there were so many opinions on what I wore,” she said. “I stopped reading stuff about me online a long time ago. I loved what I wore — it was fun and sexy and I thought appropriate for a Malibu wedding by the beach.”

Denise and Aaron began dating just over one year ago and got married on September 8 because “eight means infinity.”

“We called [wedding planner] Mindy Weiss and she did it less than 48 hours and it was beautiful,” she explained.

TELL US – YAY OR NAY ON DENISE’S WEDDING DRESS?