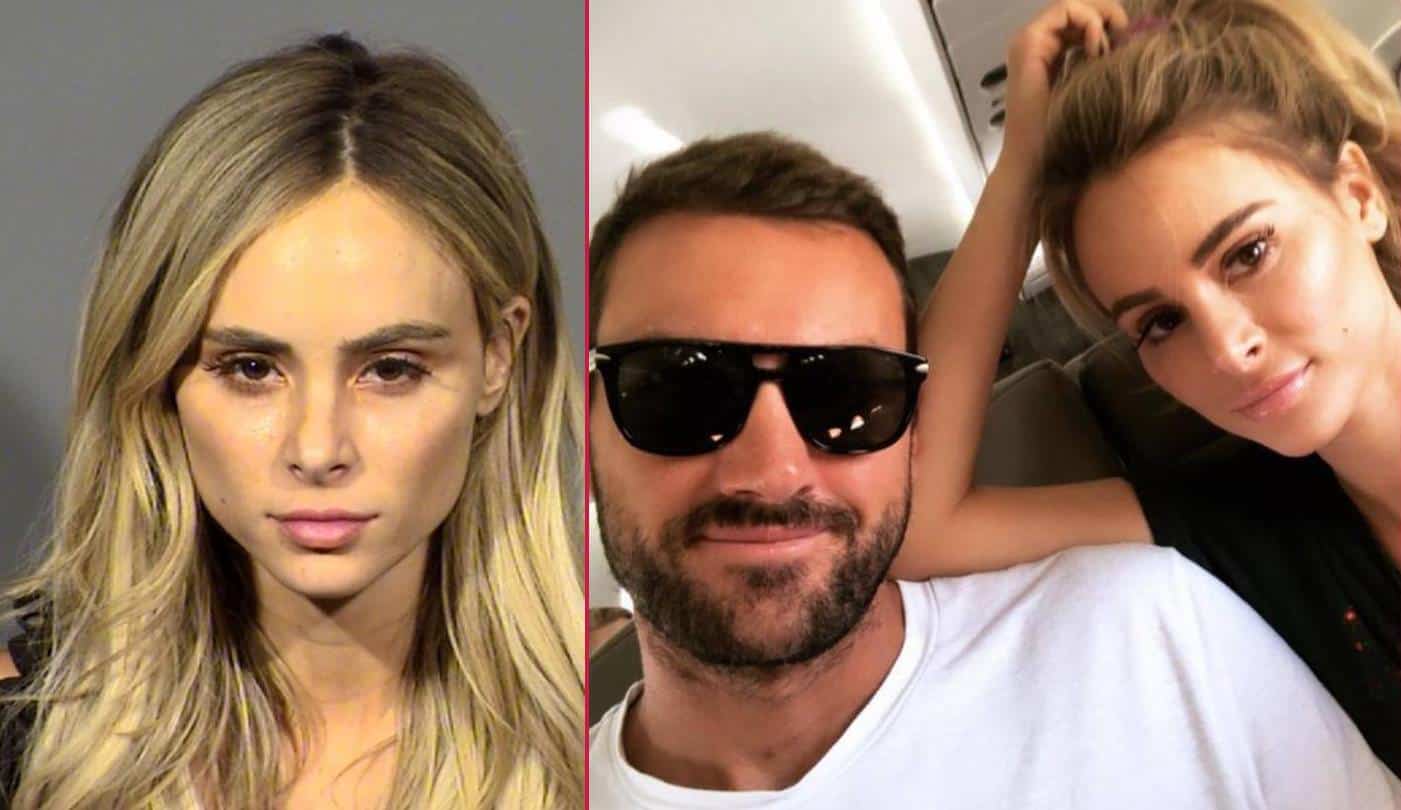 More details are coming out about The Bachelor alum Amanda Stanton‘s domestic violence arrest from earlier this week.

According to the report, obtained by Radar Online, Amanda, who has also been featured on Bachelor in Paradise, was arrested on September 10 at 3:15 am following an altercation between her and Bobby at the Wynn Hotel.

“He was sleeping in his room when his girlfriend entered the room and started yelling at him. She was intoxicated when she entered the room, and was upset he was not answering his phone and ignoring her,” a responding police officer wrote in the report, adding that the single mother of two got physical with her boyfriend as he laid in their bed.

In the hours that followed, Amanda, 28, and Bobby reportedly continued to argue and ultimately, Bobby contacted Amanda’s friends in hopes of calming her down. However, after her friends left, she began arguing with him again.

“While Jacobs was lying in bed with Stanton, she started to argue again. Stanton took the room phone and swung it at Jacobs hitting him in the body,” the police report explained. “When Stanton and Jacobs started fighting again, Stanton tried to kick Jacobs, causing her to fall. Stanton continued to scratch and pinch Jacobs on his arms and body.”

As their fight continued, Amanda’s friends allegedly called hotel security after seeing Bobby had been injured.

When police arrived to the scene, Amanda’s friends corroborated Bobby’s account of the events that took place between him and Amanda and she was taken into custody.

“Amanda is embarrassed and ashamed this happened and sincerely apologizes to hotel security and the Las Vegas Police Department,” he said. “Amanda is a gentle, respectful person who has never gotten physical with anyone under any circumstance. That evening she had a few drinks at a bachelorette party and when hotel security asked her and Bobby to quiet down, she got a bit rambunctious. Amanda gave Bobby what she thought was a playful shove; hotel security did their job and reported the incident to the police, who in turn did their job. Despite Bobby explaining this was not an ill-intended shove, the police still had to do their job which Amanda completely respects and understands.”

The Clark County District Attorney’s Office has not yet filed official charges against Amanda but she is due back in court on October 10.