RHOC’s Emily Simpson Talks Kelly Dodd’s “Disgusting and Brutal” Attack Against Her Husband Shane, and Claps Back at Tamra! 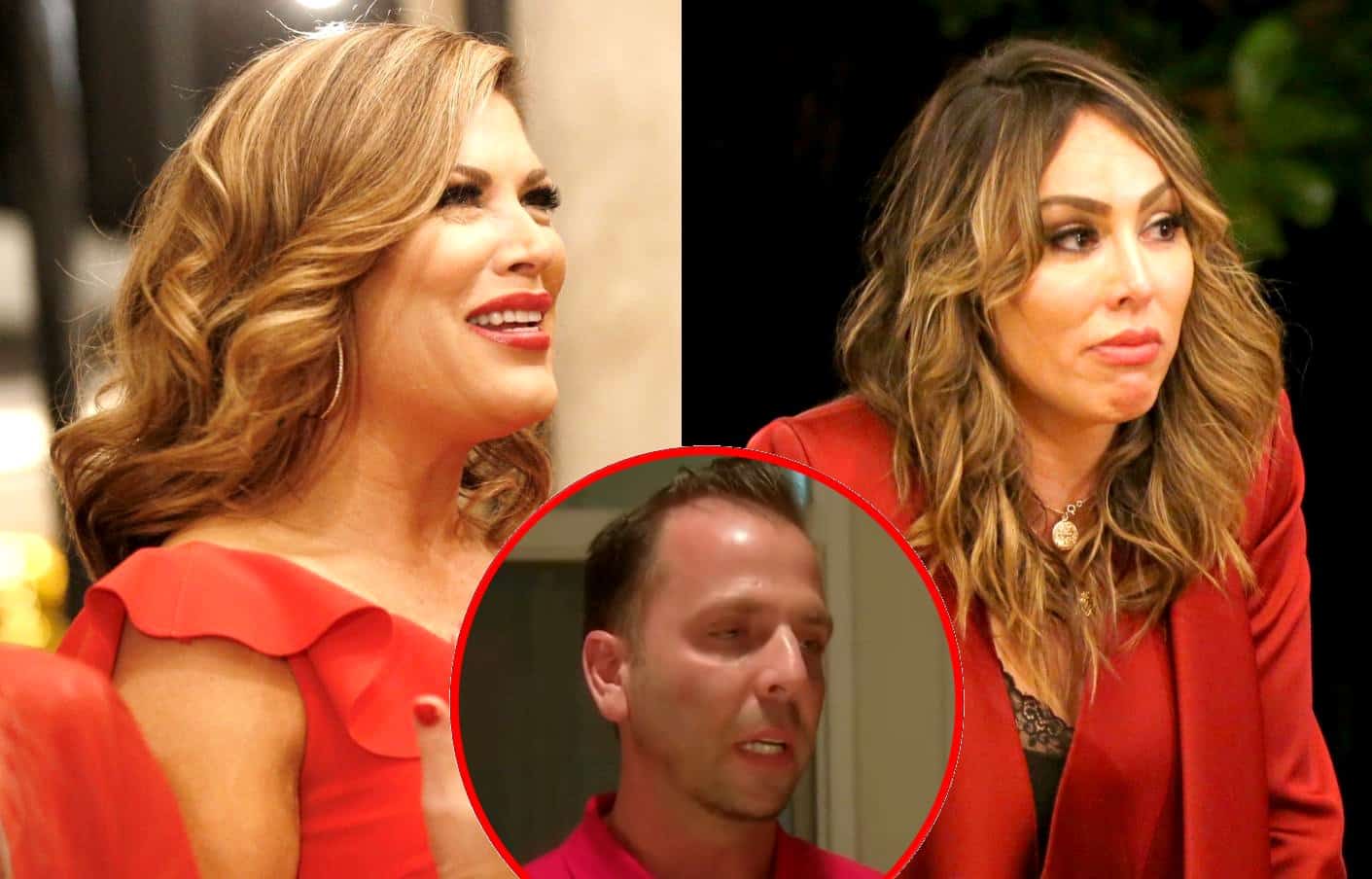 The showdown between Emily Simpson and Kelly Dodd on last week’s episode of The Real Housewives of Orange County is sure to go down as one of the nastiest battles in Housewives history, and Emily is opening up about the melee in her latest blog, saying she’s not exactly proud of her behavior, but has no regrets about defending her husband Shane Simpson.

“First off, let me say that I’m not proud of the words I used that night at Tamra’s party,” she wrote about her angry threats to kill Kelly. “I have never in my life ever said such a thing, and I hope to never say anything like that again.”

That being said, Emily added that she felt a “FIERCE mix of emotion” on that fateful evening, including confusion, as she didn’t initially know who Kelly was talking about when she made that “little b***h” comment, followed by, well, all out rage, when it became clear that Kelly was referring to Shane.

Emily then discussed the dramatic showdown, stating it was difficult to watch it play out on the show.

“Watching that scene over again literally brought tears to my eyes because [Kelly’s] words were so disgusting and brutal,” she shared. “It was difficult to watch my husband be berated and verbally attacked.”

She continued, “He was minding his own business and not causing any drama. Kelly approached their table and instigated an argument with Steve. Steve had no interest in entertaining her, and he snubbed her and walked away, leaving Shane behind. I believe Kelly was irate and she turned her misplaced anger toward Shane. I wish Shane would have walked away with Steve, but honestly, even if he did that, she probably would have attacked him and verbally abused him for walking away. It was a lose/lose situation for Shane regardless. He was caught in the crossfire.”

Emily also appeared to clap back at her RHOC castmate, Tamra Judge, who wrote about the evening in her own blog, and called Shane out for inserting himself into drama that didn’t concern him. Tamra even went as far as to imply Shane was a coward, accusing him of standing behind Emily and allowing her to fight his battles.

“He tried repeatedly to back out of the conversation,” Emily recalled.  “He made a comment about her (Kelly) being drunk because he assumed (justifiably so) that she must have been drinking to act out in such a harsh manner.  It’s obvious he didn’t want to cause any drama.  If he did, he would have yelled or called her names.  In the alternative, he stood behind me, supporting me, trying to convince me to just walk away.  However, according to the other ladies’ blogs, he should just be a doormat and stand there silently allowing her to call him every disgusting, derogatory name she could think of.  What happened to “When it comes to my husband, it’s game on”? Apparently that doesn’t apply to Shane and me.”

Emily had an answer as well for those who are criticising her over her behavior due to the fact that she’s an attorney.

“Lastly, yes I am an attorney. And as I stated previously, I am not proud of my choice of words (although apparently if I owned a gym, it’s perfectly acceptable language to use i.e. Ireland). But BEFORE I am an attorney, I am a WIFE, and I am a MOTHER,” she wrote.

Finally, Emily threw a little shade at some of her castmates by implying they are talking about her drama because they don’t have have any interesting storylines of their own.

“And to those of my fellow Housewives who need something to talk about—you’re welcome,” Emily concluded.

It seems this drama is far from over.  You can continue to watch it all play out tonight on Bravo at 9/8c!

TELL US – WAS EMILY’S LASHING OUT UNDERSTANDABLE OR OUT OF LINE? DID KELLY GO TOO FAR?