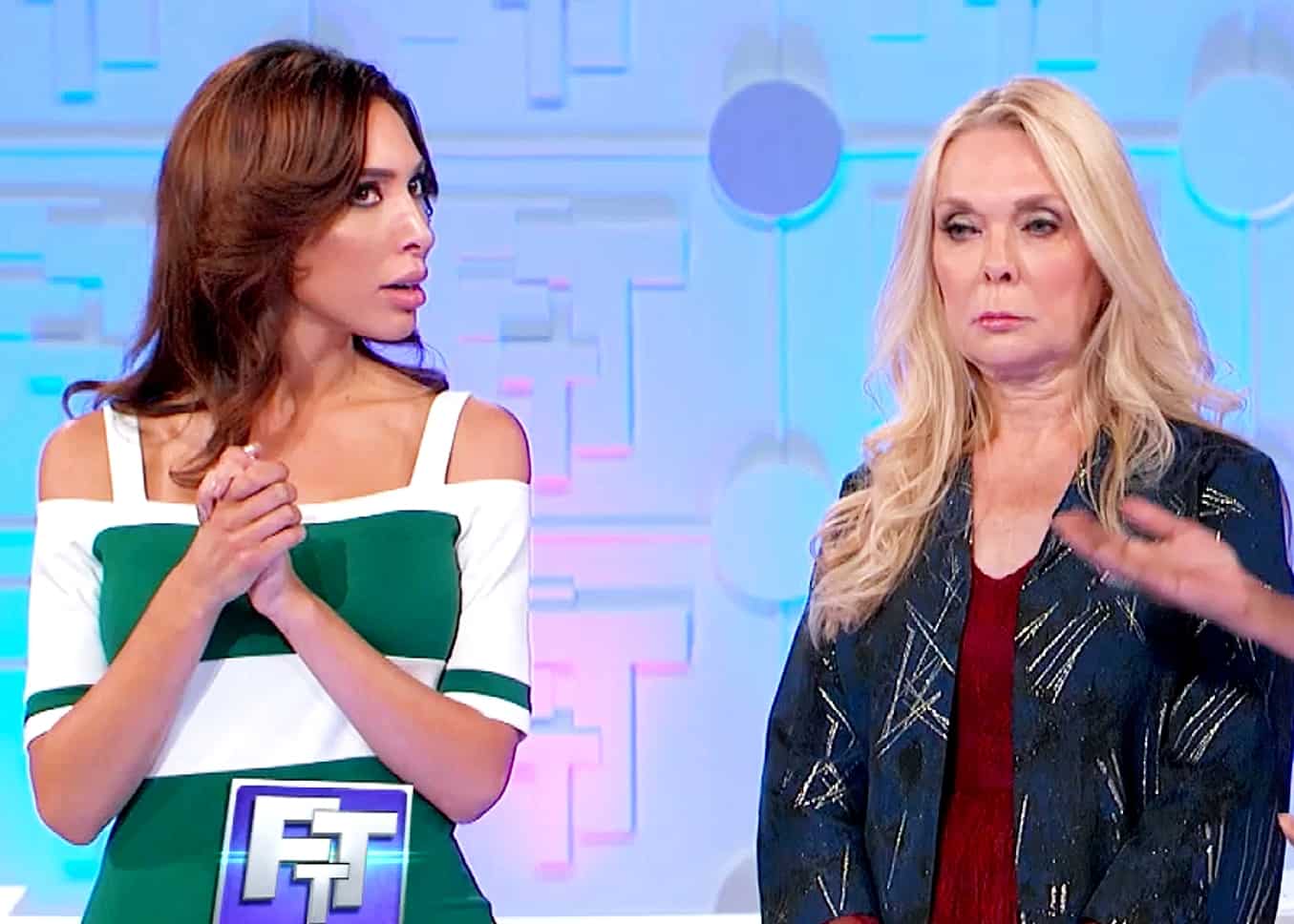 Farrah Abraham recently appeared on Face The Truth, where she was seen taking a drug test — and failing.

According to a new report, the former Teen Mom OG star’s mother, Debra Danielsen, was also featured on the show where she expressed concerns about Farrah’s potential use of drugs.

“Her behavior is so erratic,” Debra told host Vivica A. Fox and her four co-hosts on the series. “She is always aggravated and always angry. Always short-fused.”

In response to Debra’s statement, Vivica suspected cocaine may be to blame.

“Why do you keep wiping your nose like that?” she asked.

“What the hell is going on?” Farrah replied.

Later on in the episode, after the ex-reality star underwent a drug test, it was revealed she had tested positive for barbiturate drugs.

“She did test positive for barbiturates,” Judge Mary A. Chrzanowski said. “But that could be a prescribed drug. If her doctor legally prescribed barbiturates for her then that’s fine… A barbiturate is a central nervous system depressant. There are some prescribed medications.”

Although there may have been a logical explanation as to why Farrah tested positive for drugs, she denied the claim all together and accused the Face the Truth producers of switching her test. Meanwhile, Farrah’s mom, Debra, is convinced the results were accurate.

“You can’t fight what you stand there and look at,” she said during an interview with Radar Online on September 17. “She was so adamant that it wasn’t true. I said someone might have given you something that you think is something else. Go to the doctor and ask them. Barbiturates aren’t a fashionable drug. Part of me wants to believe she is taking something she doesn’t understand.”

According to Debra, she isn’t happy to see her daughter is reportedly on drugs but when it comes to the revelation, she said she feels “a lot better” now that she knows what’s going on.

As Teen Mom OG fans may know, Farrah and her mother have been estranged for nearly a year and Debra hasn’t seen her nine-year-old granddaughter Sophia since October 2016.

Following filming on the episode, Debra told Radar Online her relationship with her daughter has actually improved.

“We text a little bit here and there,” she said. “It did help. It’s better. Is it a happy family? No. But it helped. I saw Sophia for about 10 minutes. It was bittersweet.”

Earlier this week, around the time the Face the Truth sneak peek was shared, Farrah went on a rant against the series on her Instagram page.

“When your the only real person on stage & face the truth every day of your life #livingmybestlife some non credible host has 4 other women degrade, hate and act like their credible yet can’t even show respect for them selves … let’s just say crap like this is disgusting probably already canceled & she has to pay her audience and guests heavily to even tolerate this backwards thinking what about women lifting women up? #timesup,” Farrah wrote.

When your the only real person on stage & face the truth every day of your life #livingmybestlife some non credible host has 4 other women degrade, hate and act like their credible yet can’t even show respect for them selves … let’s just say crap like this is disgusting probably already canceled & she has to pay her audience and guests heavily to even tolerate this backwards thinking what about women lifting women up? #timesup What about not putting down others to make your self feel better- my recommendation for all of these hosts is to get off tv , go find self love, take care of their own mental health, their stunted children & families & not one women was credible on the show as well I have no respect for women who have to lie, degrade, and be jealous of another amazing women – stop talking about my sex life when you can’t listen to the truth- if I’m a porn star so is every other person who fucked a porn star…. oh wait that would be so many sports players etc…but hate on a women ? all of their sex lives are a mess-FaceTheTruth By Farrah Abraham with a 2 hour special because I’m the best guest they will ever have. Happy I had my @sophialabraham with me and I got to have her see her grandma- I’ve always put more effort to keep their healthy interactions. When no one else is a single mom on their own like me do not tear down a women you can’t even compete with . Loved seeing how messed up and disgusting our society is and I’m so blessed I make the world a better place one pathetic show at a time. Wearing @betsymoss #truth #tv #farrahabraham #parenting #singlemom

In response to her appearance on the show and Farrah’s shocking statements, Debra said, “I hope one day Farrah will realize all the women were trying to help her. They are women helping women. I applaud all those women. I don’t believe they were attacking her. They saw her frustration and pain.”