Home Real Housewives of Atlanta News PHOTO: RHOA’s Porsha Williams Confirms She Is Pregnant! See Her Baby Bump Photo, Plus Is She Engaged?

PHOTO: RHOA’s Porsha Williams Confirms She Is Pregnant! See Her Baby Bump Photo, Plus Is She Engaged? 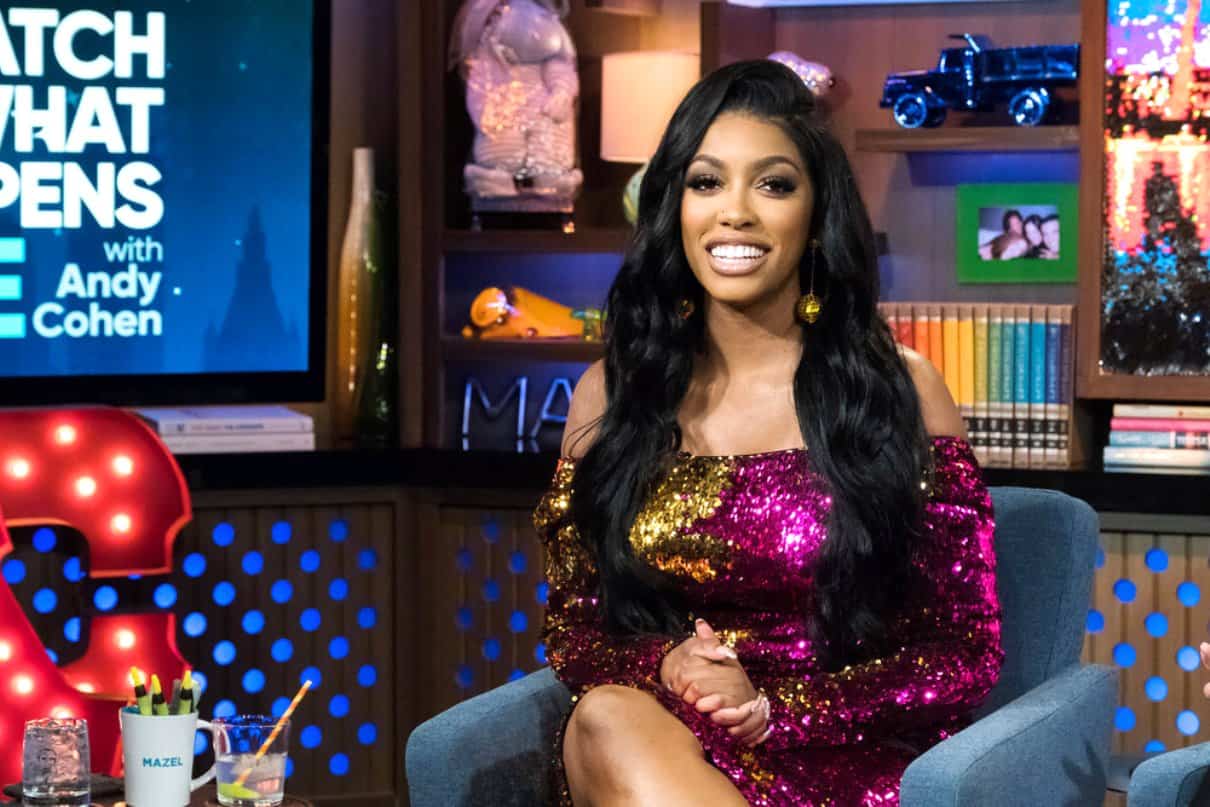 The Real Housewives of Atlanta star is confirming that she and boyfriend Dennis McKinley are expecting their first child together. See her baby bump photo below!

Days after rumors began swirling in regard to the possibility, the  37-yr-old Bravo star is opening up about her baby news and explaining why she initially had “mixed feelings” about her pregnancy.

First, Porsha took to her Instagram page this morning to share the good news. She wrote, “I am happy, healthy… and pregnant! #BabyMckinley ?? #DM❤️ #Blessed.”

“When I found out I was pregnant, I was excited [but] I had mixed feelings. The other feeling that I had beside excitement was fear,” Porsha revealed to PEOPLE magazine on September 19.

As fans of the RHOA star may know, Porsha suffered a miscarriage six years ago and now, as she prepares to welcome a baby girl or boy in the coming months, she is worried about the child’s health.

While the next few months may be filled with some anxiety and she awaits the birth of her child, Porsha said she felt a lot better after going to her first doctor’s appointment and hearing her child’s heartbeat.

Despite her health concerns, Porsha said she’s over the moon with joy to be welcoming a baby with boyfriend Dennis, who she’s known for years but been dating for just months. Although it is unclear exactly when Porsha’ relationship with Dennis began, they first went public on Instagram in July, which is also the month she chose to disclose her pregnancy to him.

“The thought of me getting that blessing after praying for it for so long and getting that blessing with someone who is just as excited as me — it’s Dennis’ first child, just like me — and it’s something we’ve both always wanted … It’s like a dream come true,” Porsha continued of her pregnancy news.

Porsha and Dennis don’t know the gender of their baby yet but they have been talking about potential names for their child since learning they were expecting months ago.

“One of the names that he has absolutely settled on — I’m not settled on it yet — is PJ. PJ stands for Porsha Jr. He wants to name our daughter Porsha Jr.,” the reality star revealed. “I’m not really sure because I think she’s going to be mad, like, ‘Really, Mom?’ And then I’m going to have to try to explain it and he’s probably going to deny that it was all his idea.”

“One of the names that we got rid of that he liked was Napoleon. [I was like], ‘I don’t know about that one for a boy!’ ” she continued.

According to Porsha, her pregnancy came out of left field but definitely brought her and her boyfriend closer. As she explained, learning they were bringing a life into this world forced them to become a family overnight.

“We work really hard at wanting to be a good couple and build a strong foundation for our new family that we’re going to have,” she added.

As for a possible engagement, Porsha didn’t say anything about plans to get married. However, in the photo seen above of her baby bump, she is sporting a sizable diamond ring on her left hand ring finger.

Porsha Williams and her co-stars will return to Bravo TV later this year for The Real Housewives of Atlanta season 11.