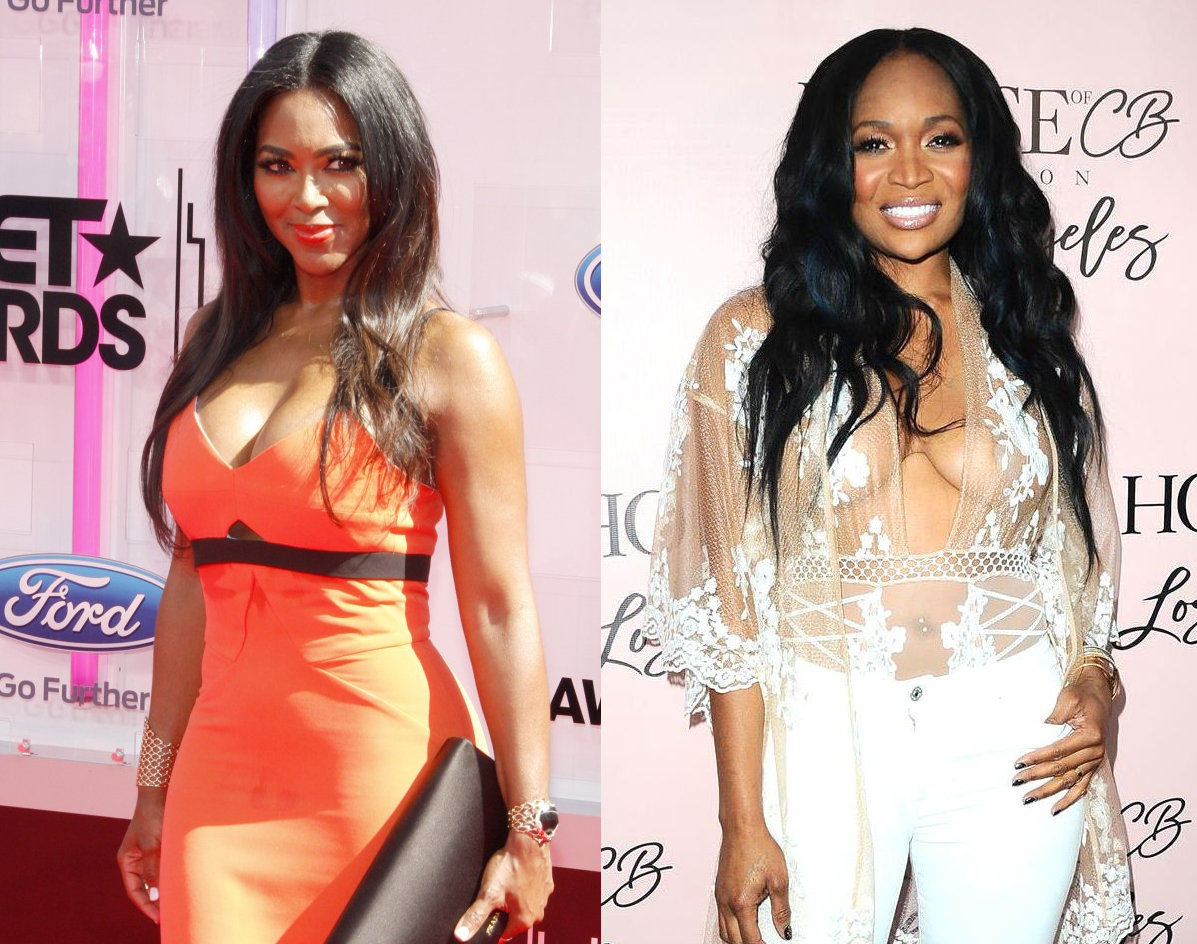 Are we getting confirmation that Kenya Moore has been officially fired or demoted from her full-time role on The Real Housewives of Atlanta?

Following months of rumors claiming the expectant mother has not been asked back to the show, and others that claim she has been asked to return only as a friend, the cast of the Bravo TV reality series has begun filming season 11 without her.

On June 24, the Real Atlanta Housewives Instagram page shared a series of photos of the RHOA cast in Miami for a season 11 cast trip. The cast was seen attending NeNe Leakes‘ comedy show in Miami on Saturday night.

In photos and videos shared on Instagram, Kandi Burruss, Porsha Williams, Cynthia Bailey, Eva Marcille, and Marlo Hampton were seen sitting beside one another as they supported their co-star.

On Sunday, the production crew continued to film the Real Housewives of Atlanta cast as they attended the opening of Nene’s new Swaggalicious boutique.

At one point, Nene was seen walking outside of her new venue with Marlo to check on her husband Gregg Leakes, who she recently revealed had been diagnosed with cancer.

According to an earlier report, Kenya was allegedly fired from her position on The Real Housewives of Atlanta earlier this year after refusing to showcase her marriage to husband Marc Daly during season 10.

Weeks later, Kenya took to her Instagram page where she suggested that she was unwilling to take on a potential part-time role on the show.

“I will be a [housewife] or nothing at all,” she declared.

Following Kenya’s alleged exit, Bravo TV reportedly upgraded Eva and while Marlo recently hinted on her Twitter page that she has also been promoted from part-time to full-time.

TELL US – THOUGHTS ON MARLO POSSIBLY BEING A FULL-TIME HOUSEWIFE WITH KENYA’S EXIT?