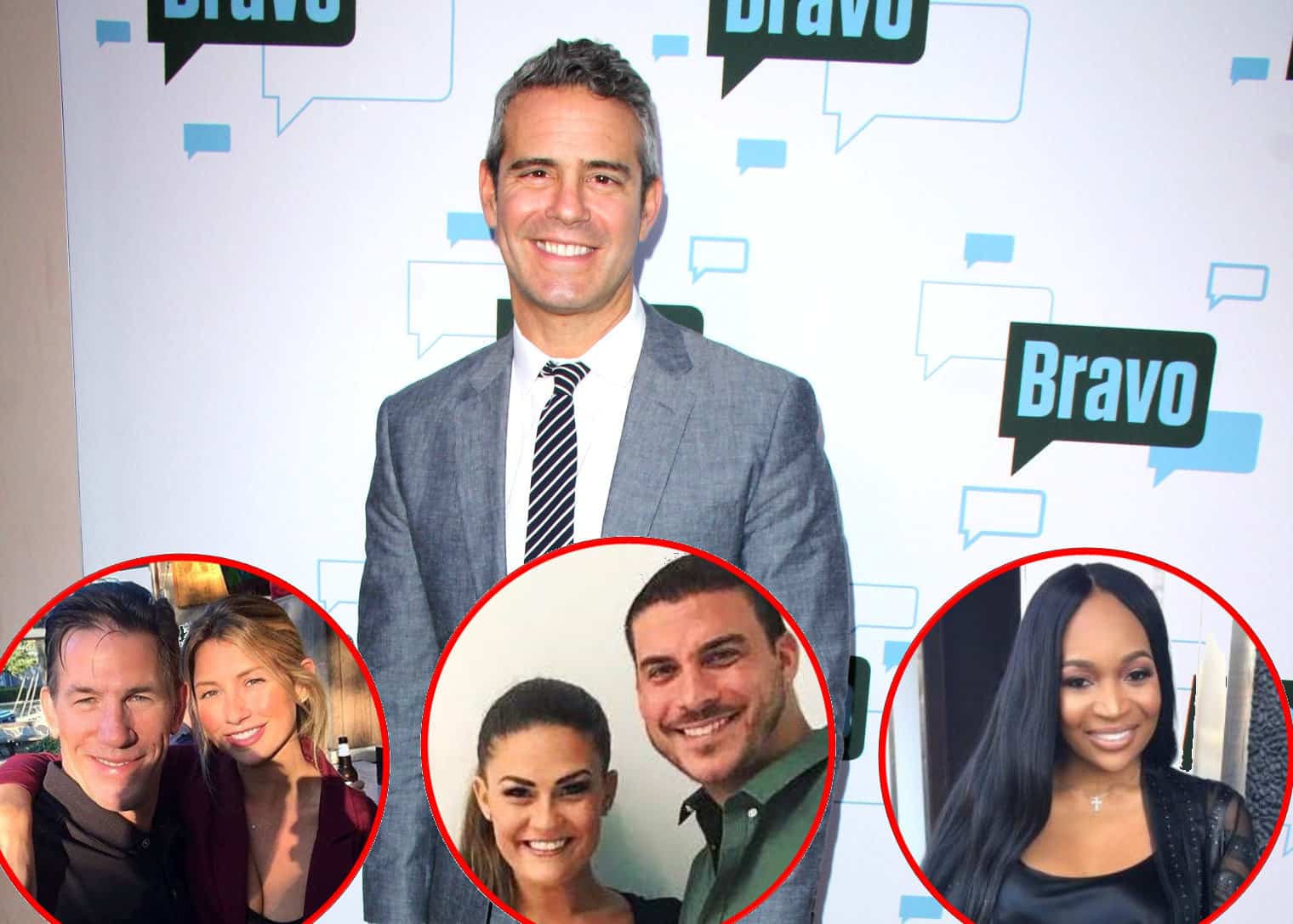 Andy Cohen appeared on an episode of Good Morning America this week and during his appearance, the Watch What Happens Live host and Real Housewives producer addressed a number of fun topics in his most revealing interview yet.

When asked which former Bravo housewife he would like to see return, Andy stated he would love to welcome Caroline Manzo back to The Real Housewives of New Jersey. He also applauded Teresa Giudice for her “amazing” venture into the world of body building

Another question posed to Andy was which Real Housewives of New York City star he felt he was the most similar to, and he picked Carole Radziwill.

“I am maybe Radzi. I don’t know. I don’t know that I’m that like any of them,” he explained, according to a report shared by ABC News.

The topic turned to the Real Housewives of Atlanta cast, and Andy explained why longtime guest star Marlo Hampton has never received a peach.

“At first, we wondered whether it was a right fit. Nene was advocating [Marlo] from the start and then she and Nene really fell out…and then Nene left the show and so I mean, it’s been kind one thing after the next,” he stated about her part-time position.

Although Marlo doesn’t seem to be headed towards a full-time role on The Real Housewives of Atlanta, she nearly starred in her own show produced by co-star Kandi Burruss (before it was suddenly cancelled) and Andy found the idea to be “cool.” Which led to the question of why Kandi is always getting spinoffs on Bravo and whether or not it’s a part of her contract?

“She doesn’t have anything in her contract. She’s just a good businesswoman and she always has a lot of ideas and she’s also really passionate,” shared Andy about Kandi.

As for the ongoing controversy surrounding Thomas Ravenel and the sexual assault allegations against him, Andy said that his Southern Charm reunion absence was “a mutual decision” and addressed his girlfriend Ashley Jacobs‘ recent meltdown.

“I was stunned. I was stunned and it’s not [Ashley’s] last meltdown of the season and what happens at the reunion is jaw dropping.”

“I was both surprised and not at all [surprised]. I hope Jax doesn’t blow it,” he joked.

Finally, Andy was asked why the popular show ‘The People’s Couch’ got cancelled.

“I get more texts and tweets about that show, but I think the ratings were not that strong enough to make Bravo bring it back, to pick it up. It was fun for a couple years,” he responded.