Thomas Ravenel will reportedly not be seen during the upcoming Southern Charm reunion special for season five.

As the former politician continues to be faced with claims of sexual assaults, a report has hit the web which suggests he’s actually been banned from filming the special with his co-stars in New York City this weekend.

“Thomas is not invited to the reunion,” a source close to the show told Radar Online on June 5. “With everything going on, it seemed better to the execs not to have him there.”

Thomas was first accused of sexually assaulting a woman he met on Tinder in 2015. As fans may have heard, that woman’s daughter Ashley Perkins came forward with the shocking story months ago, revealing that her mother allegedly received a $200,000 settlement from Thomas after attending a mediation session with his attorneys.

In the weeks that followed Ashley’s claims, Thomas’ former nanny Dawn went to authorities with her own allegations of rape. In turn, a number of investigations into the supposed incidents were launched by the local police department and Bravo.

News of Thomas’ upcoming absence at the Southern Charm reunion comes just days after it was revealed that Thomas had gotten fired from the Bravo TV reality show.

In addition to Thomas allegedly losing his role on Southern Charm, he may also be in jeopardy of losing time with his two kids, four-year-old daughter Kensington Calhoun and two-year-old son Saint Julien, to ex-girlfriend Kathryn Dennis. As reported last week, the former couple is scheduled to appear in court on June 8 to discuss potential changes in their custody arrangement.

In recent months, Kathryn has reportedly passed a number of drug tests and hopes she will be able to get more time with her kids now that her ex-boyfriend is caught in the midst of a sexual assault scandal.

Despite their impending court battle, Thomas and Kathryn seemed to be on great terms on Sunday afternoon when they enjoyed a dance party with Kensington and Saint and broke it down to Britney Spears’ “(Hit Me) Baby One More Time.”

Kathryn also took to her Instagram to share the photo below of herself attending a dance recital with Thomas and Kensington.

Kathryn captioned the photo: “What matters most? My daughter’s happiness. #thisiscoparenting#herfirstdancerecital #proudmom.” 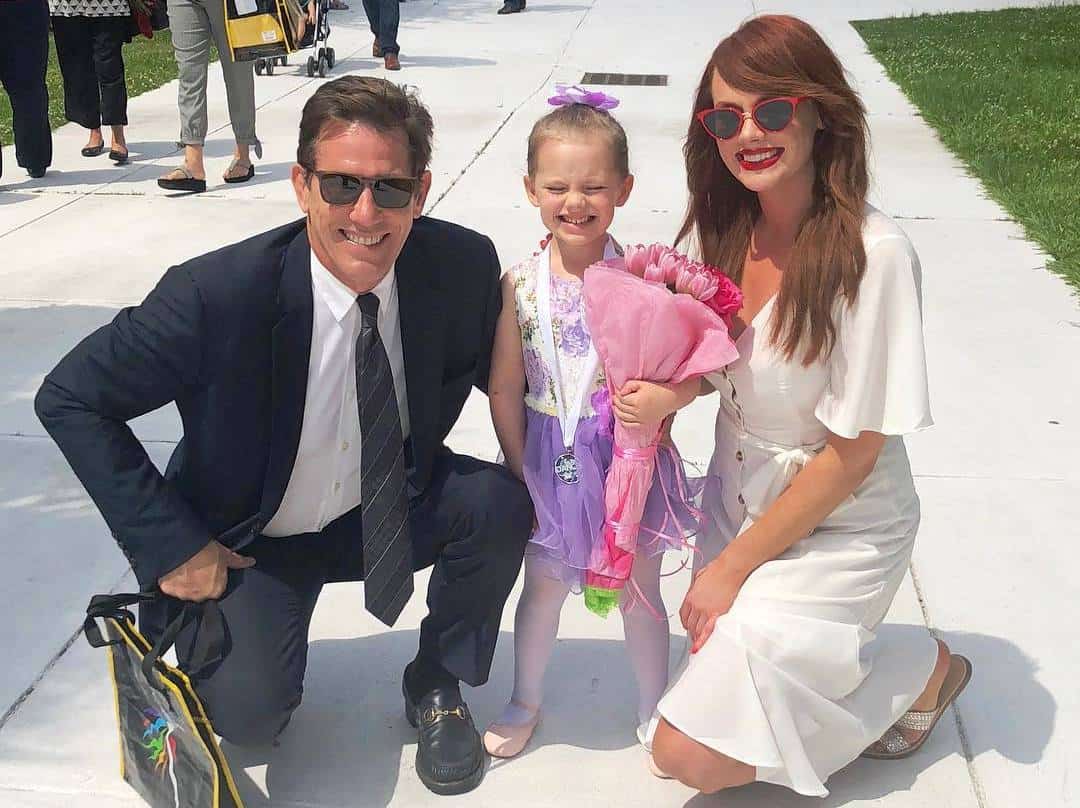 On June 5, Kathryn shared this image of herself and Thomas attending their daughter Kensington’s dance recital.