by Lindsay Cronin May 17, 2018 5 comments
ShareTweetWhatsappPinterestRedditTumblrMailFlipboard 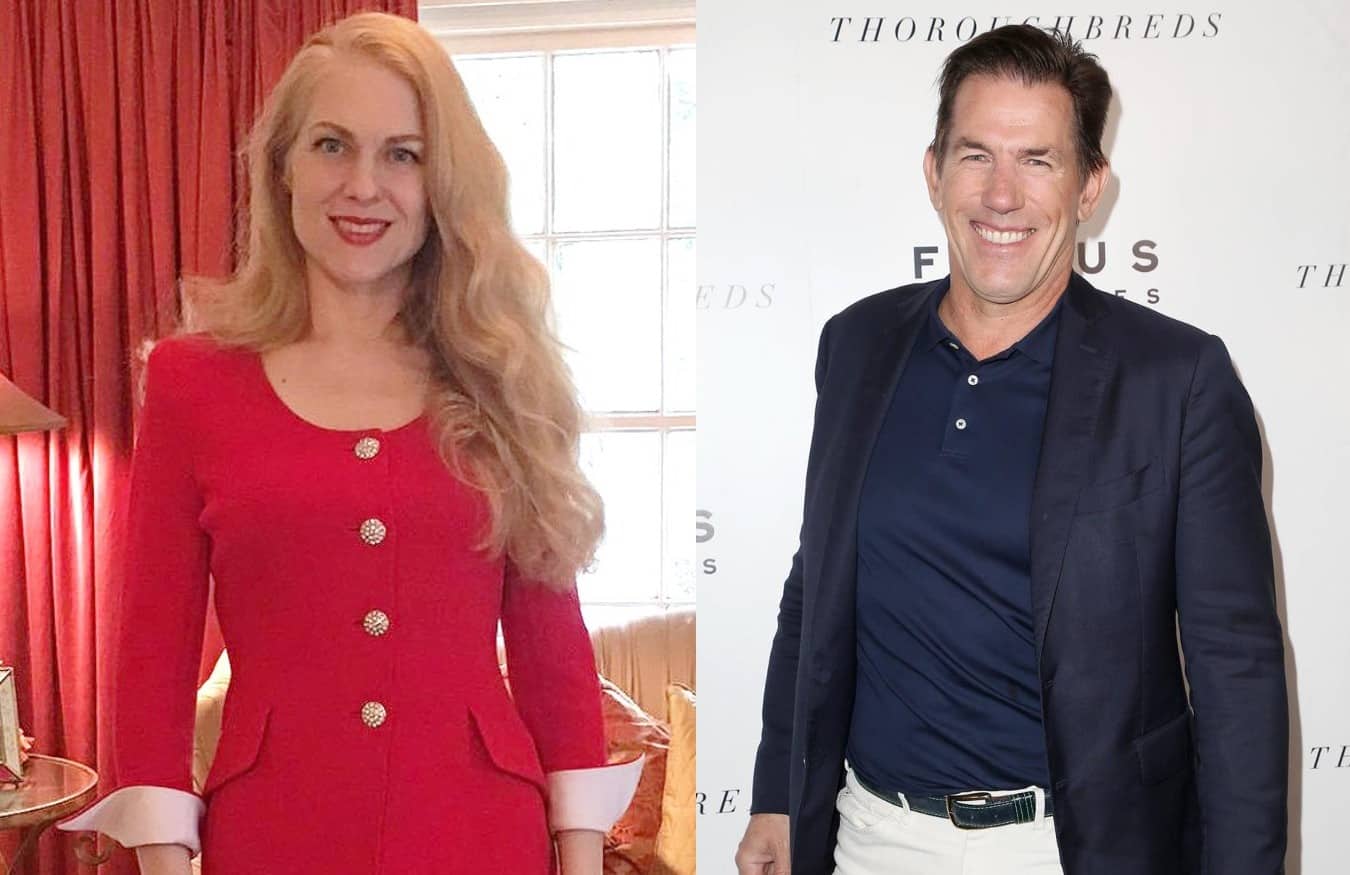 Southern Charm star Thomas Ravenel is being investigated for “first-degree forcible rape” after his former nanny, a woman named Dawn, went to police in South Carolina with shocking allegations against him.

Dawn is now revealing new details of violence when it comes to her rape allegation against Thomas. Plus, an insider close to Thomas claims he is now facing the possibility of bankruptcy due to these allegations against him.

After going to cops to file a police report last Monday, Dawn, 43, spoke to the Daily Mail. She reveals she started working for Thomas, 55, and Kathryn, 25, during the time he was running for senate, which she described as a very stressful period for the couple. It was during this period that the couple split and Thomas gained full custody of their daughter Kensie.

Also during this period is when Thomas was accused of assaulting Kathryn’s hairdresser, Lauren Moser, in a drunken rage. While those charges were dropped, the incident was caught on video, and it showed Thomas slipping and stumbling into the swimming pool with a seven months old Kensie in his arms. It was due to incidents like this that Dawn felt it was important for her to stick around and be an advocate for the couple’s children.

While working for Thomas one night, he went out with his friends and it was during his return home that the alleged rape occurred.

“He came up to me and made advances, tried to kiss me,” revealed Dawn. “I turned my head because I didn’t want him to do that. He tried to hug me and my hands were full, I had the baby bottles, so I couldn’t push him away but I told him, ‘No.’ I said, ‘Why don’t you go and lie down?’ I really needed to get home, it was about a 45 minute drive from there and I needed to get home for my own kids.”

Dawn and her husband, a landscaper named Stan, were separated during this period though the couple have since reconciled.

An emotional Dawn continued, “I don’t really want to go into all the details of what happened. It was very traumatic for me.  I felt so humiliated especially when he was ripping my clothes off, you know I was a bigger girl back then – almost 100 pounds bigger – and he’s torn my clothes off and I’m just so mortified thinking am I going to run outside in this very upscale neighborhood in the freezing January without my clothes on?”

It gets worse as Dawn alleges Thomas strangled her with her own T-shirt when she tried to get away from him. She claims she was left with scratches and marks on her arms, back, throat and between her legs.

Eventually, she was able to escape. And on her way home, she called her daughter, Adara, one of her sisters, and her husband to tell them each what happened.

After arriving home around 1am, Dawn shares that her daughter Adara, who is now 17, took pictures of the injuries on Dawn’s body. Adara also spoke to the Daily Mail.

“I heard her come in and go to her room and I went in there to check on her and she told me that Thomas had attacked her and she basically explained what happened – how he made advances on her, trying to kiss her and how he grabbed her,” shared a tearful Adara.  “She showed me where he had left scratches and marks around her neck and in between her thighs and her back.” 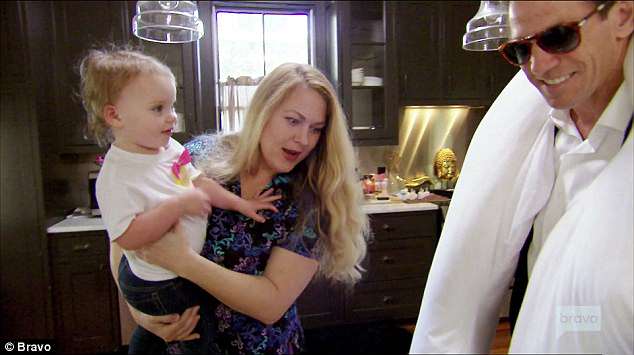 Dawn with Kensie and Thomas during a scene for Southern Charm

When asked if she alerted any members of the Southern Charm production team about the alleged assault, Dawn would only say that she could not discuss that for legal reasons.

Following the alleged assault, Dawn continued to work for Thomas and Kathryn for more than a year – a fact that she is well aware could be used to discredit her rape claims.

She however says following that night, she made sure to have someone go with her back to Thomas’s home. And the next time she saw Thomas, he “voluntarily” apologized to her.

“He saw that maybe I was afraid of him because I was bringing people to work with me and he said, ‘Listen you don’t need to bring chaperones. I’m really sorry for attacking you. I feel really bad about it and it will never happen again.’ And it’s true. He didn’t ever do it again,” Dawn continued.

Following the birth of Saint in 2015, Kathryn could sense something was wrong and Dawn finally broke down and told her what happened.

“He denied what he did and what he said and he victim shamed and bullied me,” she said. “But I told [Kathryn] exactly what happened and she was really shocked. She really hated it for me. I think she really believed me.”

Shortly after, Dawn resigned from the job in December 2016. She received a minimal severance pay while also refusing to sign an NDA as requested by Thomas.

“I know people will say, ‘Why didn’t you walk away sooner?’ but first of all my focus was on the children and you can see how beautiful Kensie and Saint are,” said Dawn.  “The second thing is when you’re working for someone who’s in the public eye and has the capacity to ruin you, you’re afraid.”

While Dawn would like justice, she is aware that the likelihood of a conviction would be slim to none. She however insists he should no longer be on Southern Charm.

She says no one from Bravo or the show has contacted her at this time, and adds that she is now putting together every evidence she can find such as emails, text messages, phone records, and photos to give to cops. Cops have apparently told her Thomas will be interviewed.

She is speaking out in hopes that her voice can give other victims out there the courage to also come forward.

As for Thomas, he has denied these charges through his attorney, and a source close to him tells the Daily Mail that he is “at a loss.”

“He doesn’t understand why Dawn would say these things. To bring a claim of forcible rape – I don’t think she could have picked a worse charge to level at any person. There aren’t words to express what he’s going through right now,” said the source.  “This woman was a devoted caretaker to his and Kathyrn’s children. He thought of her as part of my family.”

“I think we’re all struggling to make sense of how somebody can just walk into a police station, fill out a form, without anything to substantiate the claims and suddenly a man’s life is hanging in the balance,” added the Thomas source.

The source also shared that Thomas is now facing the possibility of bankruptcy due to the allegations affecting his business projects when it comes to funding.

“This isn’t just about him. Everything Thomas does is for his children’s future and security and this puts all that in jeopardy,” continued the source. “‘Charge me or clear me’ because right now in effect he’s being publicly nailed to the cross, prosecuted and judged without any due process at all.”

In addition to Dawn, another woman, who reportedly received a $200,000 settlement from Thomas in 2016, also alleges he sexually assaulted her in December 2015 following a Tinder date.