Southern Charm Star Thomas Ravenel’s Former Nanny Is Accusing Him of Rape, Says She Told Kathryn About It

by Sola Delano May 10, 2018 40 comments
ShareTweetWhatsappPinterestRedditTumblrMailFlipboard 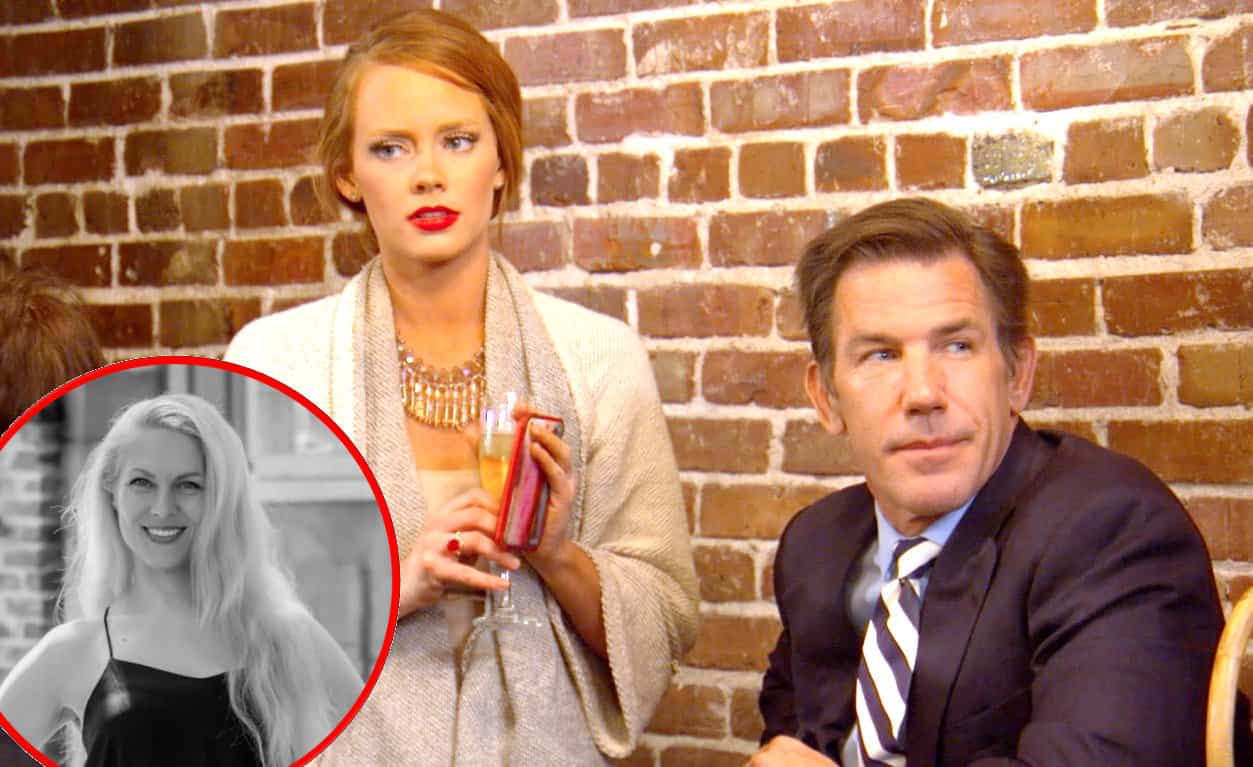 Just when you thought the sexual assault allegations against Southern Charm star Thomas Ravenel couldn’t get any worse, it does.

News broke earlier this week that South Carolina police had opened an investigation into Thomas after a new accuser came forward as an alleged sexual assault victim. Well, that accuser is now going public today, and she is none other than a former nanny for Thomas and his ex-girlfriend Kathryn Dennis.

The nanny, who is choosing to only go by her first name Dawn, decided to reveal her identity in an interview with FITSNews.com. She shares that she is coming forward in an effort to empower and encourage other women to do the same.

Nanny Dawn, a 43-yr-old professional baby nurse who is currently working towards her master’s degree as a psychiatric nurse practitioner, reveals she first met Kathryn and Thomas back in 2014 six weeks after their daughter Kensie was born. She started working for them after friends of the former couple recommended her to them.

“I immediately took Kathryn and Kensie under my wing,” says Dawn.  “Kensie was always a pleasure, and I still adore her and Saint.”

Ultimately, Thomas and Kathryn broke up in October 2014, and Dawn continued to work for Thomas and help care for Kensie after Kathryn moved out of the home she shared with Thomas and Kensie.

As for the alleged assault, which is being investigated as a “forcible rape” and a “sex offense” according to police, that took place in January 2015.  Dawn reveals she reported to work while Thomas went out to dinner with some friends.

“I put Kensie to bed, and headed to the kitchen to make fresh baby food and wash and sterilize bottles,” she shares.  “That was when I heard Thomas enter the house just before midnight.”

She alleges that Thomas turned the lights off, entered the kitchen and tried to kiss her.  She rejected his advances, and this is when the alleged assault took place despite her numerous pleas for him to stop and repeatedly telling him “no.”

Dawn wouldn’t go into details about what took place but she describes the alleged assault as a ‘violent attack’ and states she shared the details with the Charleston police department on Monday.

“I didn’t want to scream and scare Kensie, but I told him no repeatedly,” she states.

Dawn shares that she was able to leave the house eventually and called her husband and sister on the way home. Weeks later, Thomas would end up apologizing according to Dawn, telling her: “I’m sorry for attacking you, it’ll never happen again, it’s not necessary to bring chaperones.”

Following the birth of Saint in 2015, the working relationship between Dawn and Thomas become more strained leading Kathryn to ask what was wrong.

“Kathryn was pressing me for answers, and I finally broke down and told her about the assault,” recalls Dawn.

This led to Kathryn confronting Thomas according to Dawn, which led to an even more strained working environment with Thomas. Dawn says she was victim-shamed by Thomas and that he would call her names such as  “poor white trash.”

Dawn is now the second woman to accuse Thomas of sexual assault. Realtor Ashley Perkins was the first to come forward as she accused Thomas of sexually assaulting her mother in December 2015 following a first date. Ashley has since stated that Thomas settled that case out of court for $200,000 in 2016.

Dawn credits Ashley for giving her the courage to come forward with her story, and hopes other sexual assault victims will be able to do the same.

In addition to the police investigation, the Bravo network is also investigating Thomas after Ashley called for him to be fired.

Thomas has maintained his innocence through his attorney.