‘Southern Charm’ Season 5 Reunion Secrets Exposed! Find Out What Went Down & Who Did Kathryn Dennis Make Amends With? 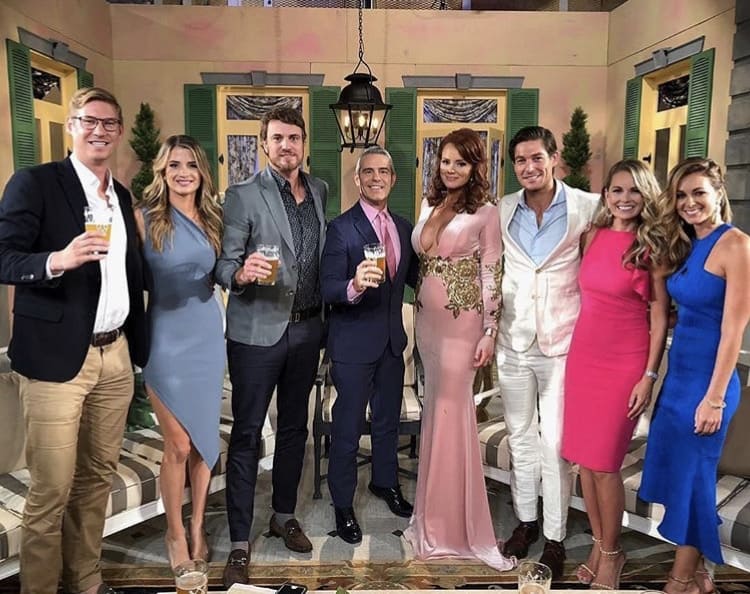 According to a new report, fans should expect to see tons of drama when the three-part reunion special airs next month. However, when it comes to a potential reconciliation between Kathryn Dennis and Ashley Jacobs, the girlfriend of Thomas Ravenel, viewers shouldn’t hold their breath.

On June 16, Tamara Tattles noted that while Craig Conover recently suggested on Watch What Happens Live that something shocking happens between Kathryn and another cast member, that other cast member isn’t Ashley. The outlet also spoke of an explosive statement made by Craig on the show, revealing that the reality star took aim at his ex-girlfriend Naomie Olindo, labeling her as a fake person and suggesting her entire life was a lie.

Although Kathryn doesn’t make any positive progress with Ashley, she did experience an emotional moment with Cameran Eubanks while filming the reunion after Cameran declared that she understands her much better now that she’s a mother. As the outlet explained, the two cast members are currently friends and planning to spend more time together with their kids.

Kathryn and Cameran also reportedly took on Ashley together after she made allegations against their friend and co-star Patricia Altschul, claiming Patricia had encouraged her to go after Kathryn during season five. In response to the claim, Kathryn and Cameran reportedly told Ashley to stop blaming everyone else and take a look at herself in the mirror. The ladies even reportedly took aim at Ashley’s weight, stating that they are watching her die and claiming she looks unwell.

While Ashley’s reunion segment was supposed to be just 15 minutes, it ended up taking three hours to film because she was reportedly talking in nonsensical circles and annoying everyone, including host Andy Cohen and the entire production team.

During her segment, Ashley denied that Thomas has every told her anything about his former girlfriend, Kathryn, and defended her partner. She also continued to take aim at Kathryn and her parenting and refused to apologize for the outlandish statements she made about her throughout season five. She then said that the only reason Patricia was kind to Kathryn was because she and Thomas had a falling out. However, as Tamara Tattles explained, Kathryn’s friendship with Patricia actually began blooming last year.

Tamara Tattles went on to point out that Thomas’ friendship with Patricia had come to an end after she refused to go against her friend Luzanne Otte and team up with him on a smear campaign against her. According to the report, Thomas was upset when Luzanne refused to commit to a relationship with him and informed him that she would not be joining the cast of Southern Charm.

Following filming on the reunion, Andy was said to be so shocked by Ashley’s crazy behavior that he suggested she was more irrational than anyone he has ever worked with — and that says a lot. After all, he’s filmed numerous Real Housewives reunions with a number of different and sometimes bizarre personalities.

As fans may have heard, Thomas was not included in the recent reunion taping due to the sexual assault allegations being made against him and was highly upset that he was cut from production. As for his future on the show, Thomas has said he has not been fired from Southern Charm and allegedly had his crisis manager enlist a number of media sites to proclaim that he is still on the show.

While the entire Southern Charm cast went out together to celebrate Chelsea Meissner‘s birthday last Tuesday night after filming the reunion, Ashley was left out of the festivities and later posted photos of herself with a couple of “friends.” However, according to Tamara Tattles, Ashley doesn’t have many friends left due to her recent behavior and the alleged “friends” she was with days ago were actually a couple of production assistants who had been sent to monitor her mental state.

After arriving back to Charleston, South Carolina after filming the reunion, Ashley posted a photo on Instagram and said she was with Thomas. Oddly, the photo didn’t seem current and it was later revealed that she was visiting the Edisto and Brooklyn Plantation without her boyfriend.