Home Southern Charm Southern Charm’s Patricia Altschul Reveals What Led to Feud With Thomas Ravenel and Ashley Jacobs & Shares Where They Stand Today! Plus Why She Gave Kathryn Another Chance

Southern Charm’s Patricia Altschul Reveals What Led to Feud With Thomas Ravenel and Ashley Jacobs & Shares Where They Stand Today! Plus Why She Gave Kathryn Another Chance 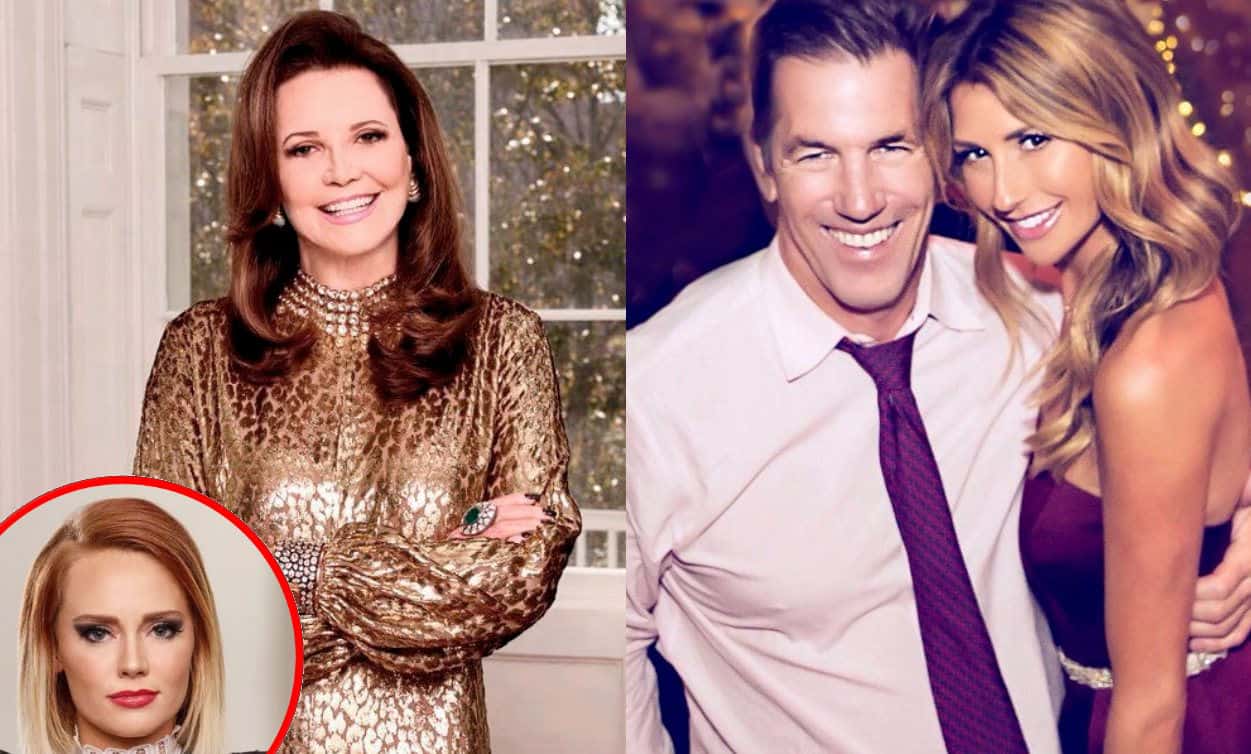 Patricia Altschul is on the outs with Thomas Ravenel and Ashley Jacobs and fans want to know why (aside from the sexual assault scandal he’s in the midst of, of course).

In April, amid Southern Charm season five, Thomas took to his Instagram page and revealed that Patricia had blocked him on both Instagram and Twitter. Around the same time, the former politician’s girlfriend accused Patricia of attacking her on Twitter by re-tweeting messages from “troll accounts.”

While the reason behind their feud was unknown at the time, there had been speculation that their tension seemed to be the result of Thomas’ short-lived romance with Luzanne Otte, who he begged Patricia to introduce him to in 2017.

In fact, some reports claimed Patricia was simply upset because Thomas chose to date Ashley over Luzanne, but that was proven false as Patricia was seen welcoming Ashley with open arms on the show this season. Luzanne did however give a recent interview during which she set the record straight by accusing Thomas and Ashley of harassing her online and trying to tarnish her reputation following her split from Thomas last year.

As for Patricia, author of The Art of Southern Charm

, she is finally revealing the reason for her rift with Thomas and Ashley as she confirms it was mainly due to their alleged cyberbullying of Luzanne.

“Why people ask? Because of his and Ashley’s smear campaign, character assassination, lies and purposeful defamation,” tweeted Patricia, on why she distanced herself from the Bravo couple. “And let’s add to that list an innocent friend of mine who was viciously cyberbullied by Ashley because of her obsessiveness and insecurity,” Patricia added, citing Luzanne’s claim of online harassment from Thomas and Ashley.

When it comes to where she stands with Thomas and Ashley today, Patricia confirmed to her fans and followers on Twitter that both she and her son, Whitney Sudler-Smith, were no longer in contact with the couple.

“Neither Whitney nor myself have a relationship ……… and haven’t for quite some time,” she confirmed.

As we reported earlier this season, Patricia and Kathryn Dennis are on much better terms these days and are getting along great. Patricia reveals that seeing the way Ashley and Thomas behaved is actually what made her rethink her stance on Kathryn.

“It made me reassess everything Thomas said to me about [Kathryn] who has clearly turned her life around while they are on a downward spiral,” she tweeted.

Although Kathryn has experienced a number of dark moments throughout her five-season run on Southern Charm, she appears to be a great place today and has been working hard to stay involved in the lives of the two children she shares with Thomas, four-year-old Kensington and two-year-old Saint Julien.

As for why she kept her distance from Kathryn to begin with, Patricia says it was never about hating her, but rather about not caring for her drama and behavior during past seasons. A screenshot of her tweet is below. 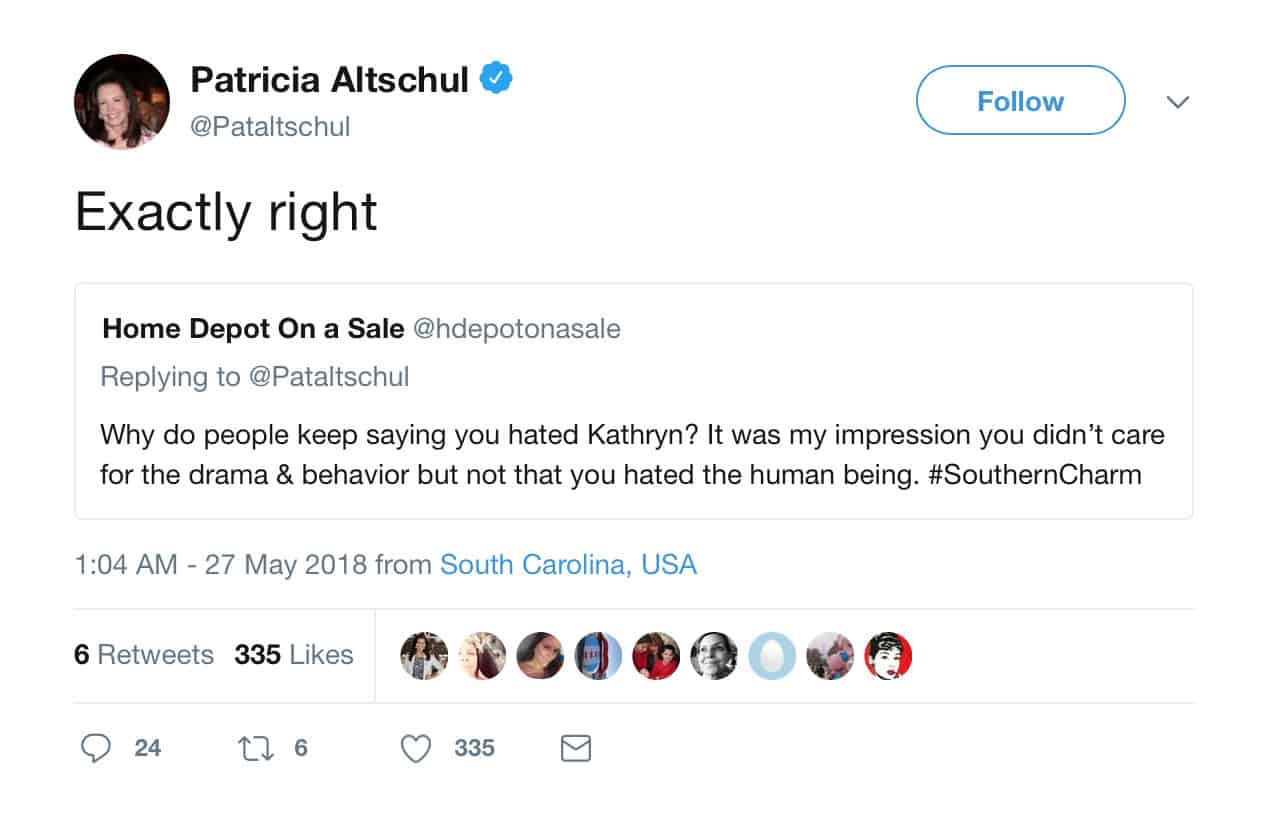 Meanwhile, the Southern Charm reunion is filming today in NYC and, as reported, Thomas will not be in attendance while Ashley will reportedly be present.