EXCLUSIVE: Southern Charm’s Cameran Eubanks Reveals Biggest Challenge As a Mom & If Husband Will Appear On Show, Talks Patricia & Kathryn Drama, and Her Battle With Hyperhidrosis

by Lindsay Cronin May 3, 2018 6 comments
ShareTweetWhatsappPinterestRedditTumblrMailFlipboard 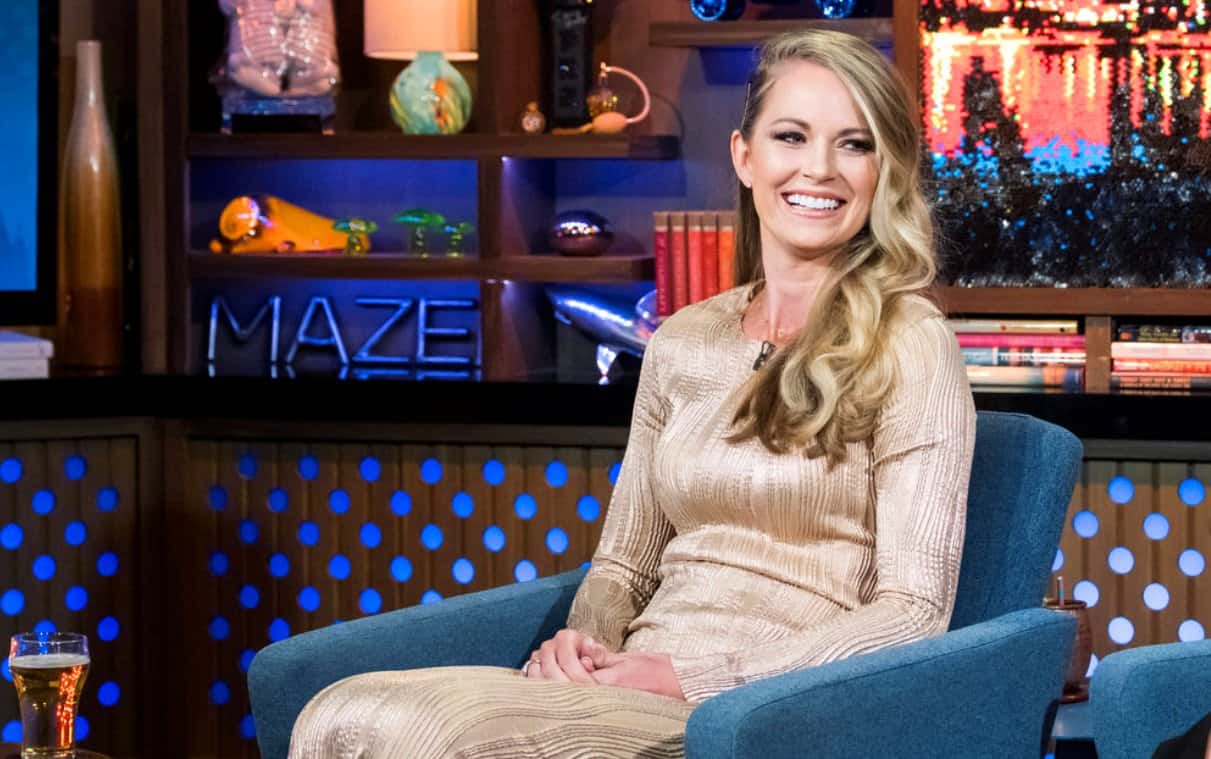 Cameran Eubanks spoke to Reality Blurb on Wednesday and touched on a number of hot topics, including her new role as mom, the fifth season of Southern Charm, and her ongoing struggles with hyperhidrosis, a condition which causes her to sweat excessively.

For the past several months, Cameran has been a very busy lady after becoming an “assistant” to her adorable first child, daughter Palmer Corrine Wimberly, who arrived to her and her husband, Jason Wimberly, on November 11, 2017.

“I would say the biggest challenge has been getting used to your time not being your own anymore. It’s just constant,” Cameran said of her mommy duties. “It’s relentless. You are a 24-hour assistant to a little baby, which has been an adjustment for sure.”

Cameran married Jason over four years ago but thus far, fans of Southern Charm haven’t even seen a glimpse of him on camera and that won’t soon change. According to Cameran, fans will “never” see her husband on the show and when it comes to their daughter, it’s hard to say if Palmer will soon be ready for her reality debut.

While Cameran’s daughter hasn’t yet been seen on the show, her pregnancy was a hot topic and recently, Patricia Altschul was seen throwing her a baby shower — and making a point to leave Kathryn Dennis off the guest list.

“It wasn’t really up to me. It was up to Patricia and I did call Kathryn personally and I told her that I wanted to come,” Cameran explained. “Her and Patricia had some residual beef but you will see later this season that it all gets resolved… You will be surprised to see how things work out for Kathryn and Patricia. It’s all positive.”

Outside of the show, Cameran has been dealing with some drama of her own as she continues to cope with hyperhidrosis, which she was first diagnosed with about 25 years ago.

“When I was a child, my mom noticed that I was sweating more than average and she took me to the doctor and my pediatrician diagnosed me with hyperhidrosis,” she revealed. “Day to day, my hyperhidrosis affects my under arms. So, I’m constantly having to worry about what I’m wearing and if I’m wearing breathable fabrics.”

Because of her excessive sweating, carrying an extra set of clothes, tissues, and paper towels has been a part of Cameran’s daily life.

“I tend to wear dark colors. When I’m out showing real estate, I’ll actually bring clothes with me and I’ll have to change during the day. I bring tissues, paper towels in my purse everywhere I go to soak up the sweat. These things become commonplace. You get very used to it,” she said.

“I feel like being on Southern Charm, being on a reality television show in general, it gives you a platform to talk about things and this is something a lot of people have,” she explained. “There is a lot of embarrassment that comes along with it. A lot of people are afraid to talk about it and seek out treatment options because, again, they are embarrassed. I want people to know this is a medical condition. Over 15 million Americans deal with this on a day to day basis and I want to make people feel less alone and encourage people to see their dermatologist or their doctors.”

In addition to learning what to wear and not wear, Cameran listed a number of different treatments, including Botox, laser therapies, deodorants, and natural remedies.

“There are a lot of different treatment options available,” she noted.