Home Real Housewives of Atlanta News Eva Marcille Upgraded to a Full-Time Housewife on RHOA! Has Kenya Moore Been Demoted to a ‘Friend’?

Eva Marcille Upgraded to a Full-Time Housewife on RHOA! Has Kenya Moore Been Demoted to a ‘Friend’? 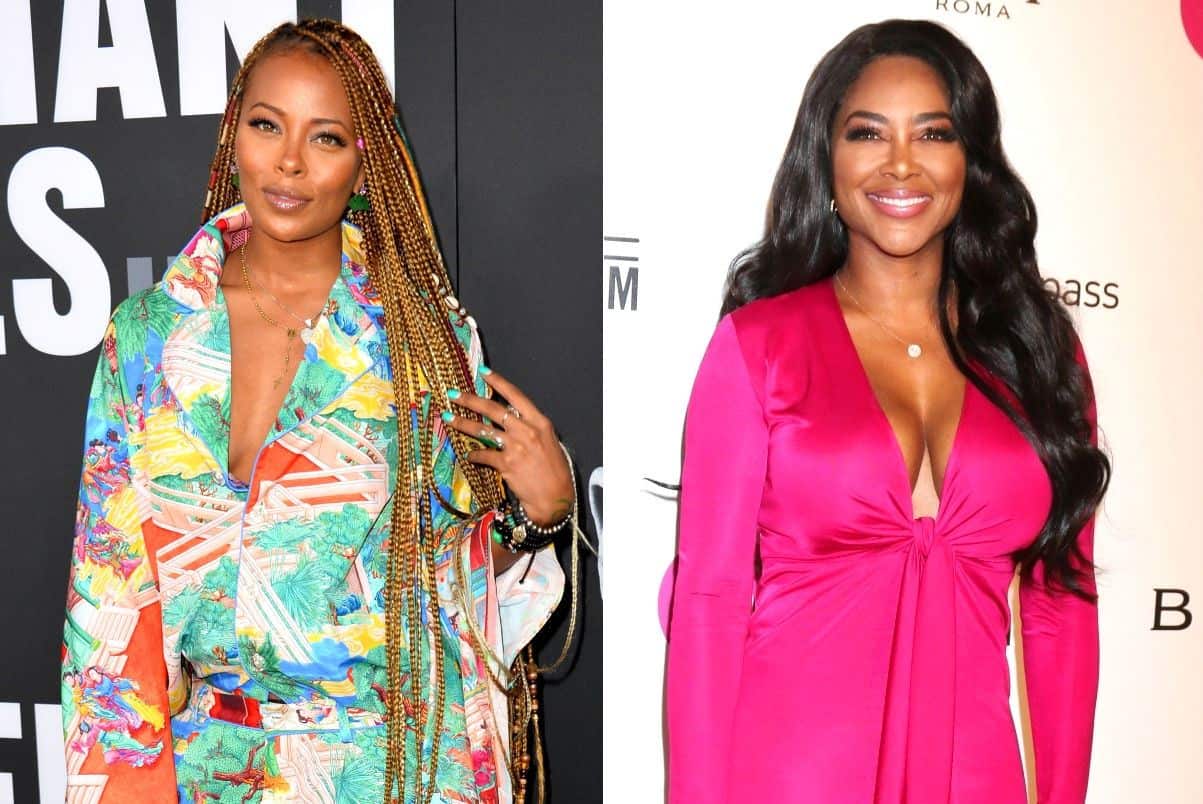 Eva Marcille will reportedly be featured in a full-time role on The Real Housewives of Atlanta season 11.

Months after the America’s Next Top Model winner made her debut on the series as a “friend,” multiple sources have confirmed news of Eva’s upgraded role, which comes just days after Kenya Moore‘s firing was first reported.

According to Us Weekly, a number of cast shakeups have occurred since season 10 concluded production earlier this year, including the addition of Eva to the full-time cast and the exits of Sheree Whitfield and Kim Zolciak. As fans will recall, Sheree was reportedly fired from the show months ago and around the same time, Kim confirmed she would no longer be participating with the series.

Eva was brought to the cast of The Real Housewives of Atlanta at the end of last year in a part-time role. Since then, she’s become engaged to fiance Michael Sterling and welcomed her first child, a baby boy, with the politician.

“Eva Marcille and fiancé Michael Sterling are happy to announce the birth of their baby boy, Michael Todd Sterling Jr. Marley Rae’s little brother made his debut at 5:59 p.m. on April 13, 2018, weighing 7.3 lbs and measuring 19 ½ inches,” her rep told Us Weekly last month. “Mom and Michael Jr. are doing amazing and thank everyone for their light and love.”

Eva will be joining the returning cast members, including NeNe Leakes, Cynthia Bailey, Kandi Burruss, and Porsha Williams, as well as at least one new housewife, for season 11.

In other Real Housewives of Atlanta news, a Radar Online report has revealed that while Kenya has been fired from her full-time role on the show, the pregnant reality star could be featured on season 11 in a part-time position.

“Shooting starts in two weeks and Kenya will not hold a peach!” an insider said earlier this week. “She’s been fired as a fulltime housewife. She just hasn’t delivered anything that people want to watch. So she’s out.”

“Execs aren’t even sure if Kenya will be a ‘friend’ on the show,” the source continued. “A final decision hasn’t been made on Kenya, but she is definitely not a fulltime housewife.”

According to the insider, Eva’s impending wedding to Michael is a “better story” for the show than Kenya’s pregnancy.

TELL US – ARE YOU EXCITED ABOUT EVA BECOMING A FULL-TIME HOUSEWIFE? DO YOU PREFER KENYA FIRED OR DEMOTED?