Home Real Housewives of Orange County News RHOC’s Vicki Gunvalson Reveals Her Suspicions About Gina Kirschenheiter’s Divorce, Says It’s ‘Frustrating’ to See Her Being So Casual About It

RHOC’s Vicki Gunvalson Reveals Her Suspicions About Gina Kirschenheiter’s Divorce, Says It’s ‘Frustrating’ to See Her Being So Casual About It 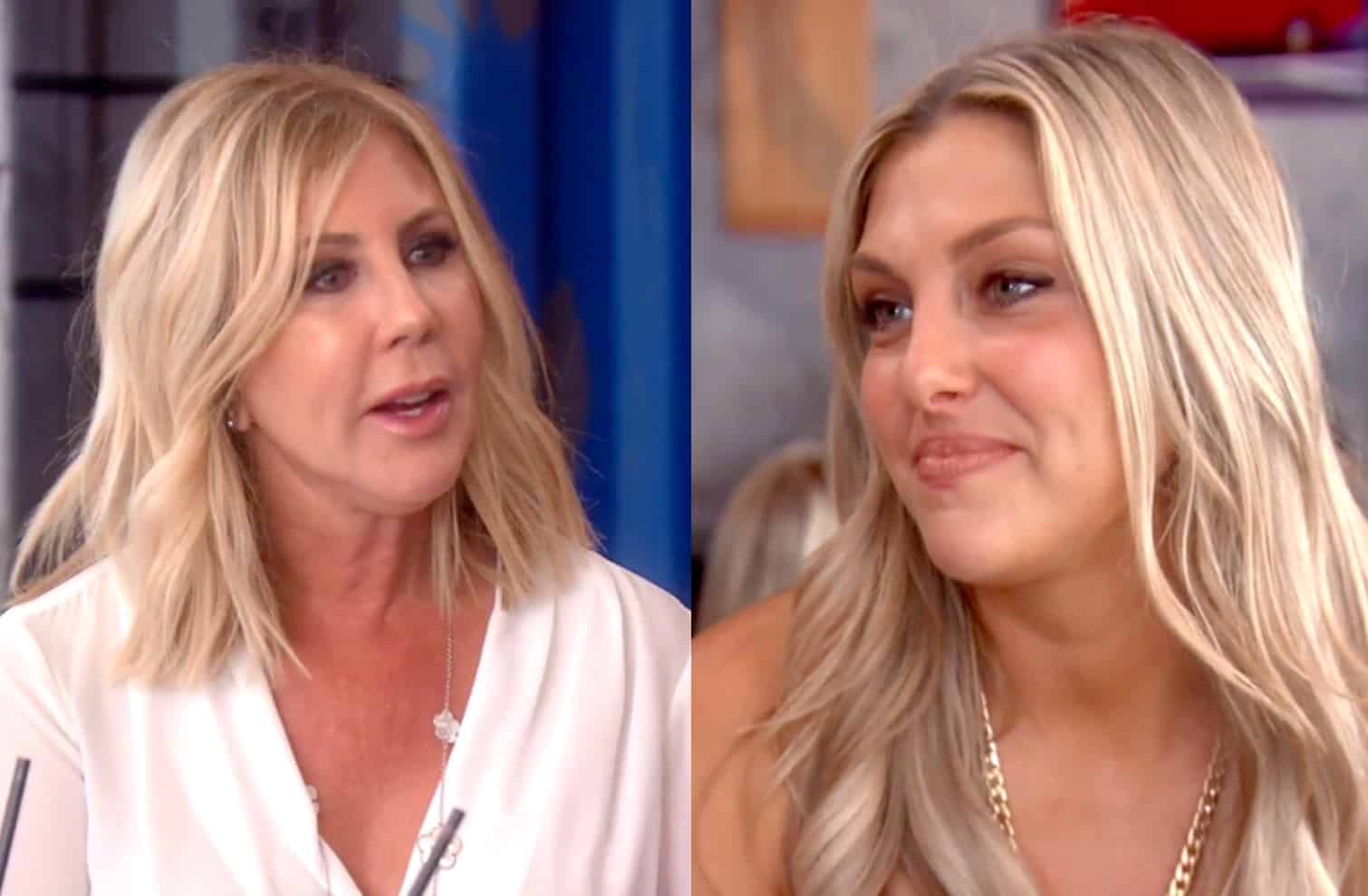 The Real Housewives of Orange County star Vicki Gunvalson is at it again, and by “it,” we mean judgement, conjecture, and being all up in somebody else’s business!

This season, she has her sights set on co-star Gina Kirschenheiter, and is oddly invested in her divorce. In fact, Vicki has taken to her blog (again) to discuss how “frustrating” it is to see Gina being so “casual” about ending her marriage, as she also voices her suspicions and reveals what she thinks Gina’s hiding when it comes to her divorce.

“It’s been frustrating for me to see her so casual about divorcing her husband,” explained Vicki.  “It doesn’t make sense to any of us and I’ve come to the conclusion that there is a lot we don’t know.”

Well, there probably is a lot they don’t know about Gina’s divorce.  It is a private family matter, after all.  But, of course, that didn’t stop Vicki from speculating and voicing her suspicions.

“My personal take on this is, they were probably already separated when we met her and that is why he decided to move to LA without her,” said Vicki. “I don’t know if that’s true , but that’s what makes sense to me.”

Vicki also acknowledged sticking her nose where it didn’t belong and pushing her judgements on Gina, a move she said she now regrets.

“I did feel like I was too hard on her when we all had dinner at my house, and I regret saying anything that may have hurt her feelings,” she wrote.

That’s about as close to an apology as Gina can hope to get from Vicki, who insists she was only trying to help when she questioned her morals and life choices over a bowl of pasta.

“It’s hard for me not to want to offer my advice to Gina,” Vicki explained.  “This is not my first rodeo, I know how this ends and it’s hard.”

She added that having been through a divorce (or two) herself, she knows that it’s incredibly difficult for the whole family, and although she’s in a happy and loving relationship now with current beau Steve Lodge, she still has regrets about not making her past marriages work.

“I’m in an amazing place, and I’m incredibly grateful and thankful that such a solid, gorgeous, loving, “no drama” man came in in my life. We both live with the decision of divorce, and we talk openly about it,” shared Vicki. “The truth is we both agree we should have done things differently in our past marriages to have saved them.  Divorce is difficult on the kids, difficult financially and emotionally, and I’m much clearer now than I was 10 years ago on what it truly takes to make a marriage work.”

In the end however, Vicki says she wishes Gina “the best” and will refrain from being so judgmental in the future.

“I want the best for Gina and her family, and in the future I will not dismiss her reasons but will be there to help her if she needs me,” she concluded.

Sounds like something easier said than done! Be sure to tune in to the RHOC every Monday night at 9/8c to see if Vicki keeps her word.