Kenya Moore Disses NeNe Leakes! Plus She Reveals Due Date and Talks Possible Return to RHOA 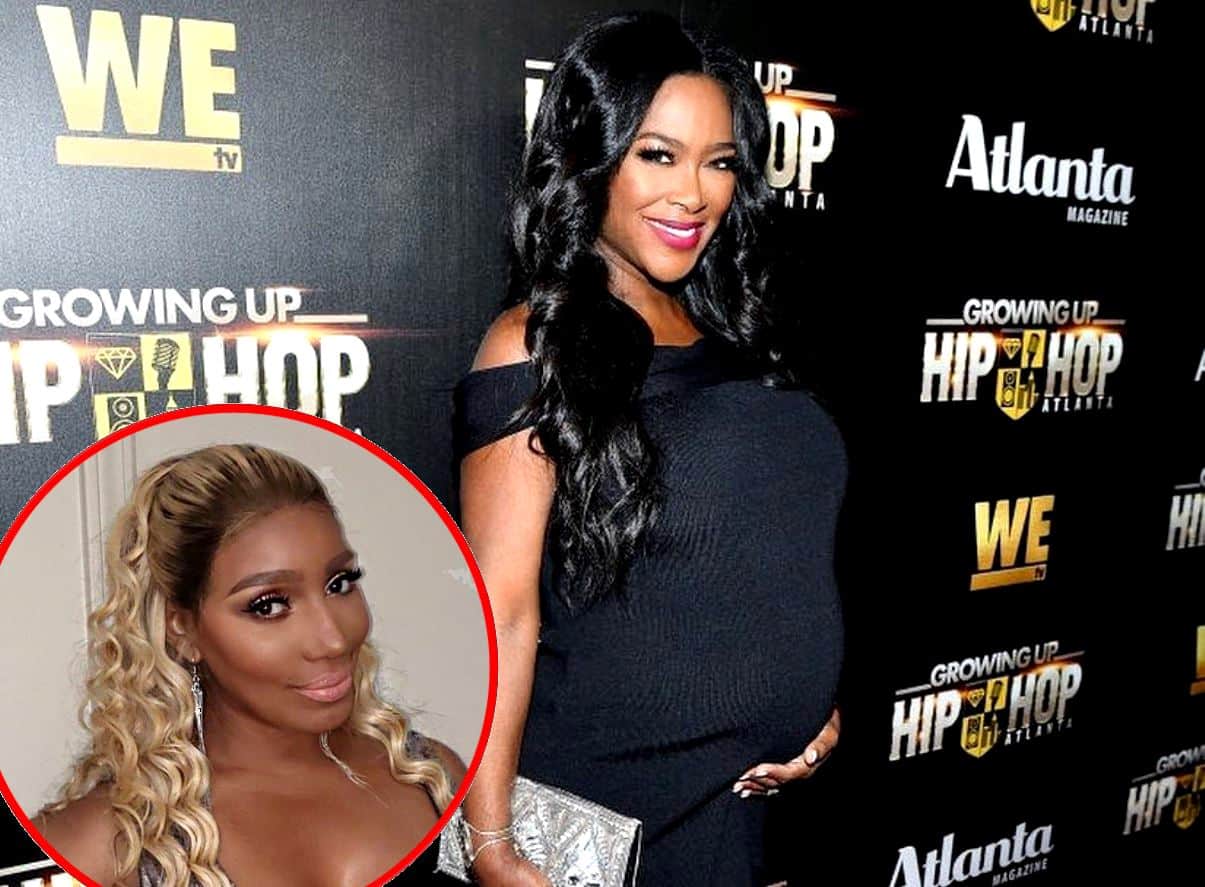 Unfortunately,  The Real Housewives of Atlanta will be returning for its 11th season without Kenya Moore, undoubtedly one of the more fabulous peaches. But the former Miss USA knows fans are still thirsty for the tea.  So, she took to her Instagram page to invite her fans to ask their most burning questions, and her answers did NOT disappoint!

During the impromptu Q&A with her fans, Kenya slammed her former castmate NeNe Leakes, revealed her due date, and also addressed the possibility of returning to RHOA.

First and foremost, fans were anxious to know when  “Baby Daly” will be making a debut, and Kenya revealed that she’ll have plenty to be thankful for in November!

“Thanksgiving,” she revealed to a fan on her Instagram Stories, who asked about her due date. “I announced very early when I should have waited 3 months.  It takes 9 entire months which is really 10 to have a baby. Baby Daly is healthy! Godspeed.” 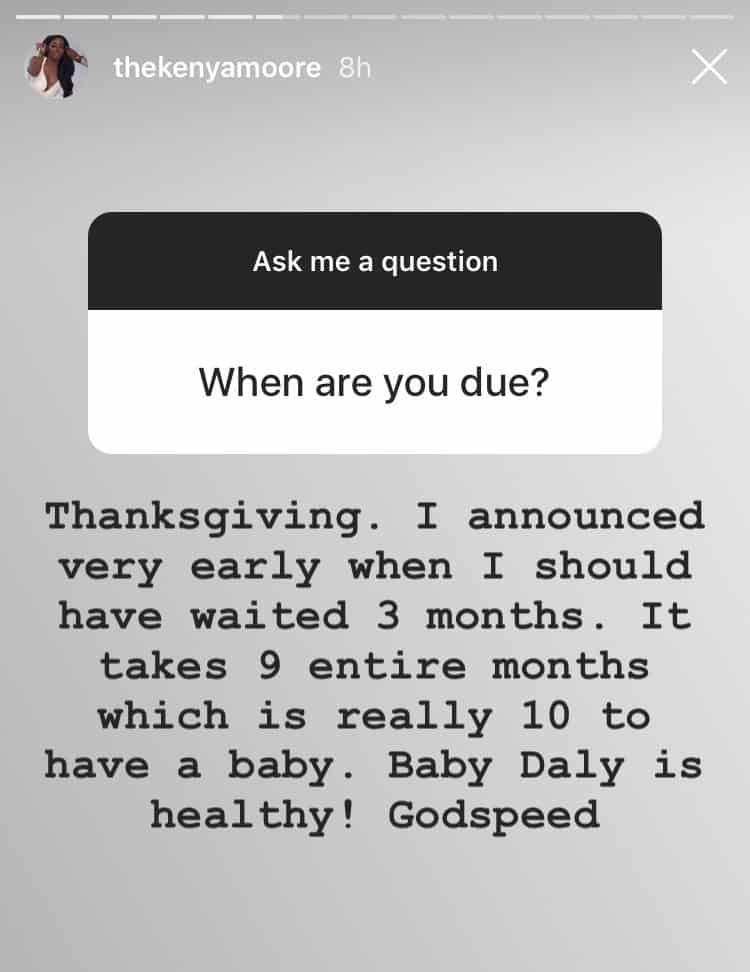 As to whether or not Baby Daly is a boy or a girl, Kenya said she and her husband, Marc Daly, are waiting to be surprised along with the rest of the world.

“We won’t know the sex of the baby until the baby is born,” she explained. “We want it to be a surprise.” 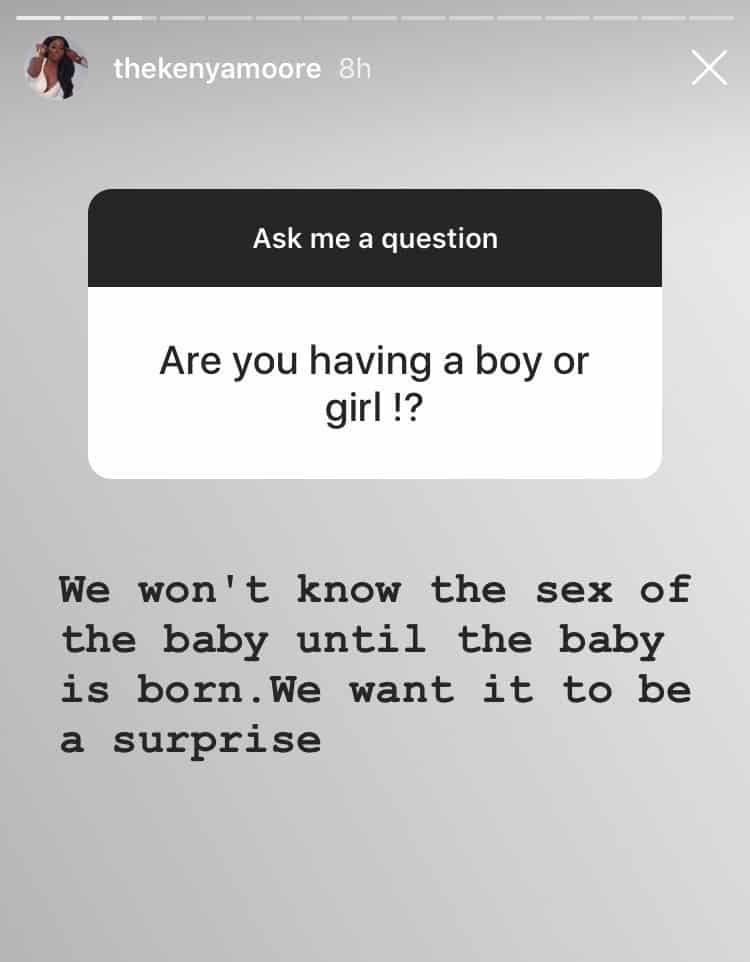 Of course, fans also wanted to know if Kenya would ever return to RHOA, and while she didn’t confirm or deny any plans to do so, she said that you never know what the future could hold. 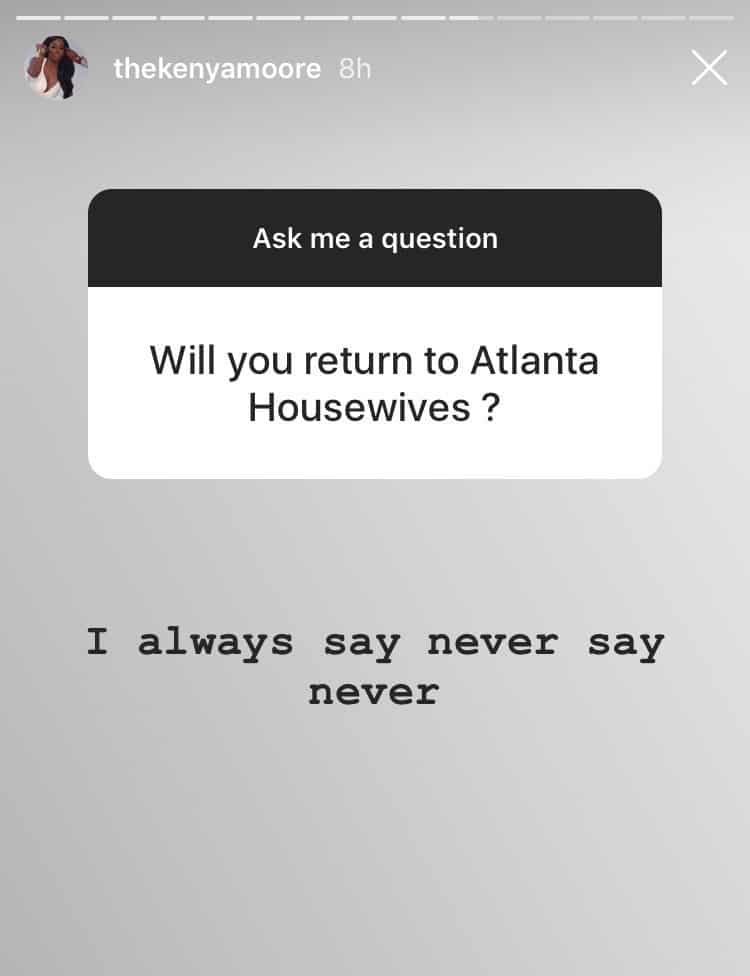 As for her former co-stars, Kenya revealed that she’s still on good terms with most of them.

“Cynthia and Kandi–those are my sisters,” she shared.  “They really have my back and are good, kind people.  Although I don’t talk to Porsha we have been supportive of each other.  It feels good to grow.” 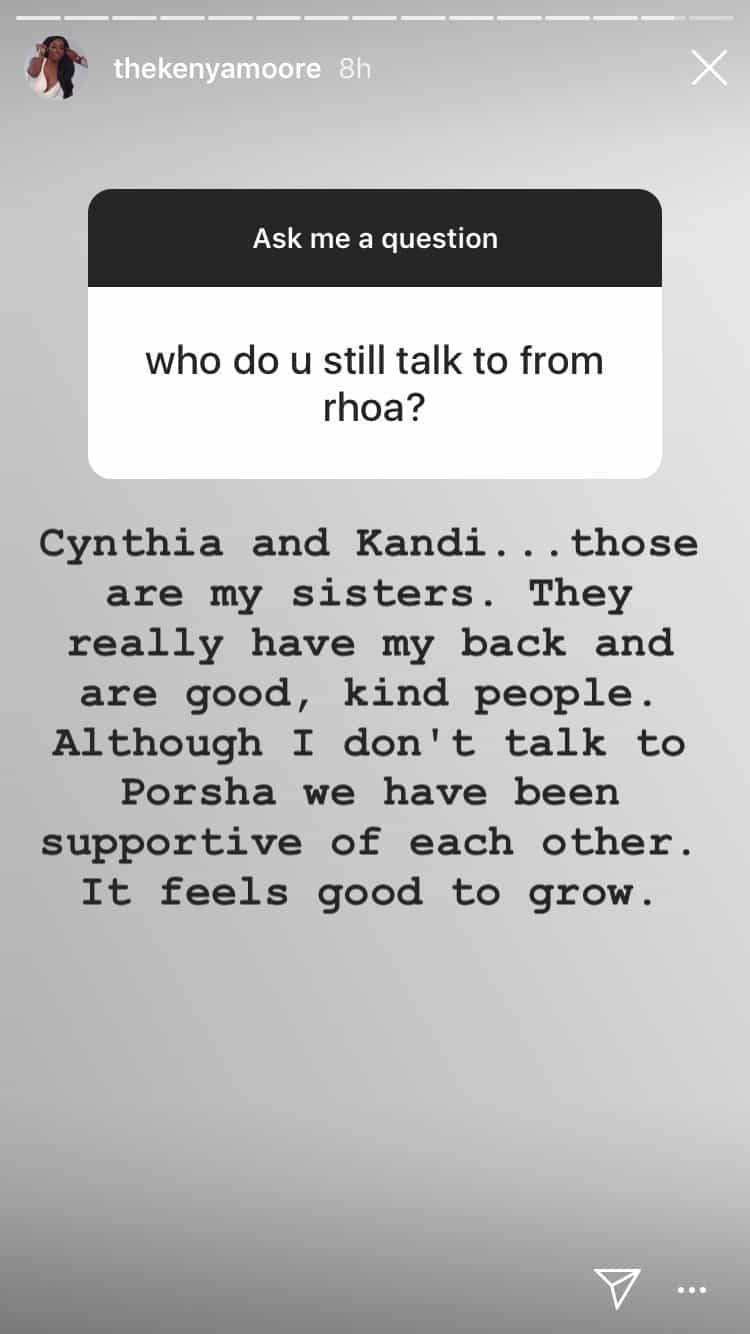 Ahh…but that begs the question: what about NeNe Leakes? Well, Kenya answered that question when one fan challenged her to a game of call/text/delete! 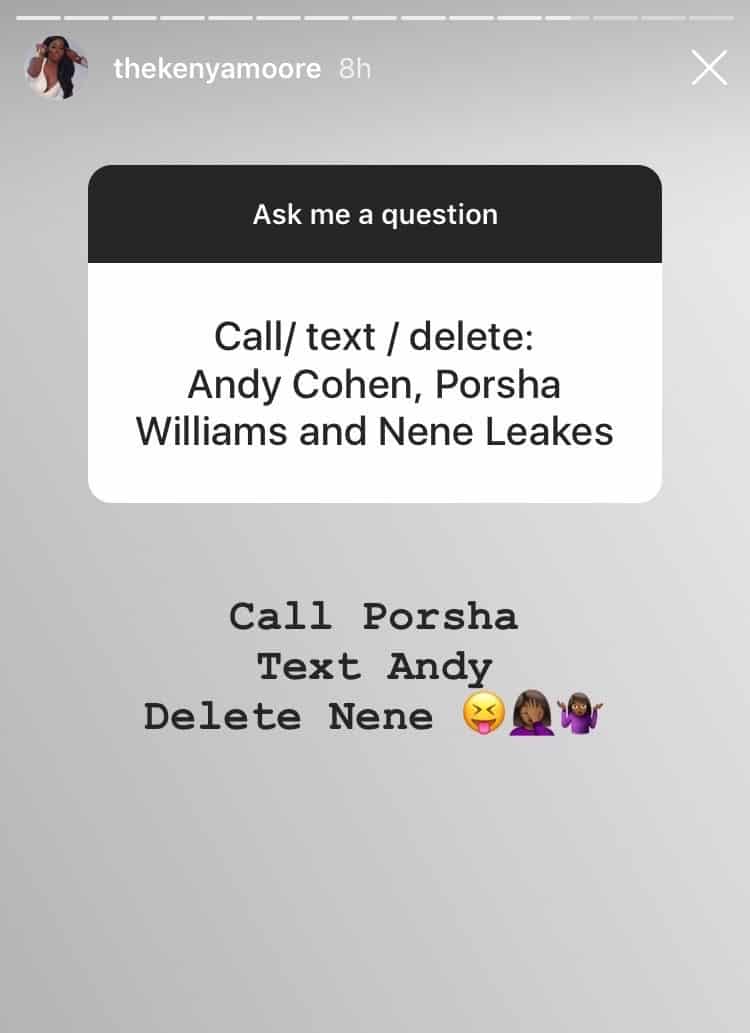 Ouch! NeNe’s not going to like that.  But when can we expect to see Kenya on reality television again? She’s spoken in the past about the possibility of getting her own show, and still hasn’t revealed any definite plans, but it sounds like she may have something up her sleeve.

“I hate the fans were cheated out of my journey after 6 years of one desire.  But…I move in silence, let’s just say a b*tch has option,” she teased. 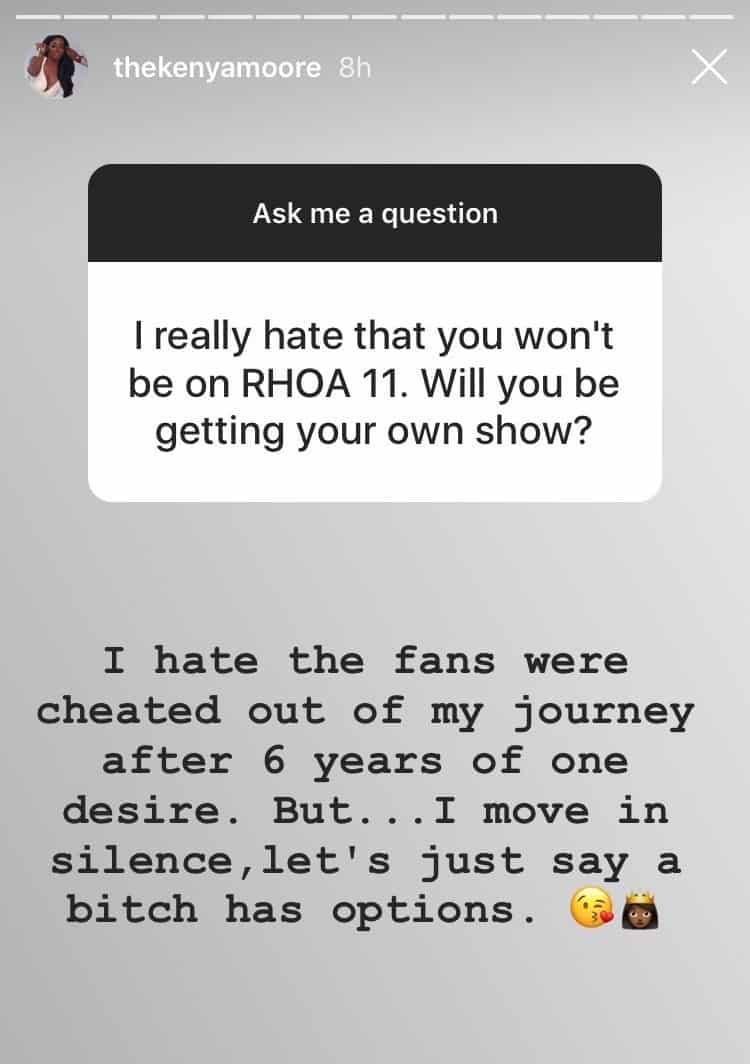 Well, we’ll be waiting with baited breath to find out what’s coming up next for Kenya…and for those turkey day baby pics! In the meantime, you can keep up with the rest of the peaches when RHOA returns next month on November 11!