Married to Medicine Recap: A Room Without a View 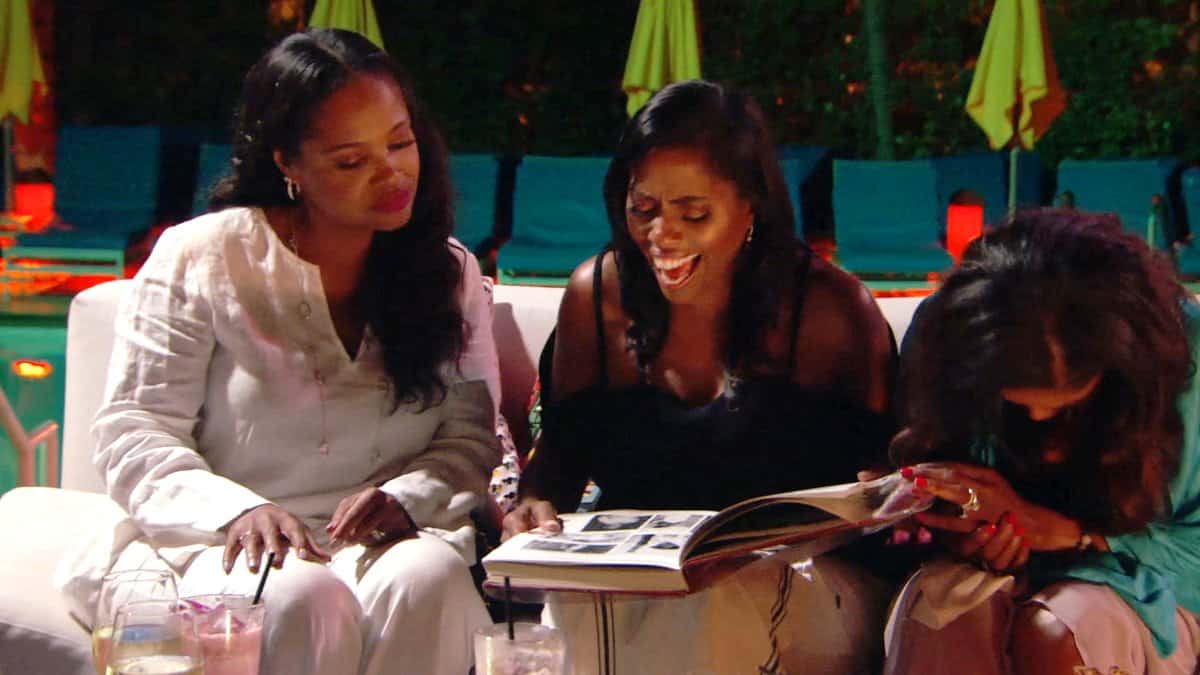 The ladies of Married to Medicine are pretty tough cookies, and it’s rare that we see their vulnerable sides.  But on last night’s episode, we saw many of them reaching out for help, confronting old wounds, and facing their fears…and those things may have made them even even tougher.

When we picked up with the ladies last night, Contessa had just received word from her doctor that she had been cleared for a prophylactic double mastectomy, and that there was room on the schedule for her the very next day!  Contessa was stunned that it would happen so quickly, but you could tell she was also relieved to be getting it over with, and not to have the procedure hanging over her head for too long.  She told the doctor to go ahead and book it, and called Scott to let him know.

With both Contessa and Scott being doctors, they understood exactly what the procedure would entail, but Contessa being on the other side of the operating table, and letting go of control wasn’t easy for either of them.  However, Contessa’s mother died of breast cancer, and her father has recently been diagnosed with prostate cancer, and she feared that the same fate awaited her, if she didn’t take matters into her own hands.

On the morning of the surgery, she admitted that she was scared, and as she bravely got her kids out the door for school, without letting on what was happening, she knew that she was doing this for them.  She said she wanted to see them grow up and that she never wanted to be a burden on them.  She received a call from her father wishing her well, and a sweet text from Dr. Jackie, who seemed to be the only one of the women who was aware of Contessa’s plans.  As an obgyn, and a breast cancer survivor herself, Jackie, had advised Contessa throughout her decision making process, and had been extremely supportive.

But on the big day, Dr. Jackie was in Miami with Dr. Simone, and Heavenly, who was on a spiritual journey to confront her early years. Heavenly had gotten in touch with the man who currently owns the home she grew up in, and had gotten permission to pay a visit.  On the way there, Jackie asked if she had good memories of the home, and Heavenly said she did have some, but that many of her memories weren’t all that positive.

She recalled being an overweight child, with thick glasses, who led a sheltered life, much different than that of her sister, Denise, who was just a year and a half older.  Heavenly said she and Denise were very different, and that their mother had always kept Heavenly close because she was her “good girl.” She was rarely allowed outside to play with the neighborhood kids because the neighborhood wasn’t very safe, and she didn’t have many friends at school because she was self conscious about her appearance.  Simone and Jackie both felt like this explained quite a lot about the Heavenly they know today.  Since she lacked the proper socialization as a child, it was no wonder she had difficulty diffusing conflicts in her adult life.

When they arrived at the modest home where Heavenly had grown up, she remarked at how much it had changed in the 20 years since she had been there.  She pointed out to Simone and Jackie the area that had once been her bedroom.  She recalled that the room had been tiny, and had no windows, and that she hadn’t been allowed to close her door or turn off the lights while she was growing up.  She explained that living like that had motivated her to want better for herself, and that everything she’d done in her life had been to ensure that she’s never be in that tiny room with no window again.

Heavenly also showed Jackie and Simone a closed door, and explained, that behind it was the room in which her father had passed away.  At that point, she became very upset, and said she felt that she might be having a panic attack, and they quickly left.  Heavenly explained that she hadn’t even thought of the fact that her father had died in the house until she saw the closed door, but when she had, it had all come rushing back to her.  Her father had been stationed overseas throughout much of her childhood, and had returned when Heavenly was in 9th grade.  He was hardened after so many years in the army, and away from his family, and insisted on keeping his family in line with  strict and rigorous rules and schedules.  The punishments for defying him had been severe, and Heavenly gladly left home at 17, and rarely returned.

She recalled the day she got the call from her mother informing her that he’d passed away.  She’d been in her first year of dental school, and was studying for finals, and when she told her mother about her exams, her mother yelled at her that she didn’t need to bother showing up, but she dropped everything and went home—but only for the funeral, and then never again.  She said she doubted she’s ever see that little house again, which was fine with her.  She’s faced it, and she was done.

But before the ladies left Miami, Heavenly set up a little mini reunion with her three best high school girlfriends, whom Heavenly said played a very prominent role in her life.  They explained to Simone and Jackie that Heavenly had always been just the way she is now–same sharp tongue–same quick wit.  But she was just being herself and they loved her for it, just as Jackie and Simone did.

In the meantime, Quad confronted her issues, as well.  She got together with her friends, Mark and Abigail, from the couples group that she and Greg had belonged to, and discussed with them the state of her marriage.  She explained that things were getting “worse by the day” between her and Greg, and she wasn’t sure how much more she could take.  The other couple knew about Greg’s indiscretion, and asked if he was, at least, apologetic about it.  Quad explained that his reaction had actually been the opposite.  She said that if anything, he seemed to blame her for his actions, which was just more than she could take.  She said that she knew they couldn’t continue the way they had been, but that she was still hanging on to the memories of the good times they’d had.  Abigail suggested that they take some time apart, during which they could each decide what they wanted.  She said they may realize that they wanted to be together, and they might realize that they needed to move on and live separate lives, but that either way, action needed to be taken, so they could stop making each other miserable.  Quad agreed.

Well, the drama is certainly heating up, and it promises to turn downright explosive when Quad reunites with the other women next week. Stay tuned!