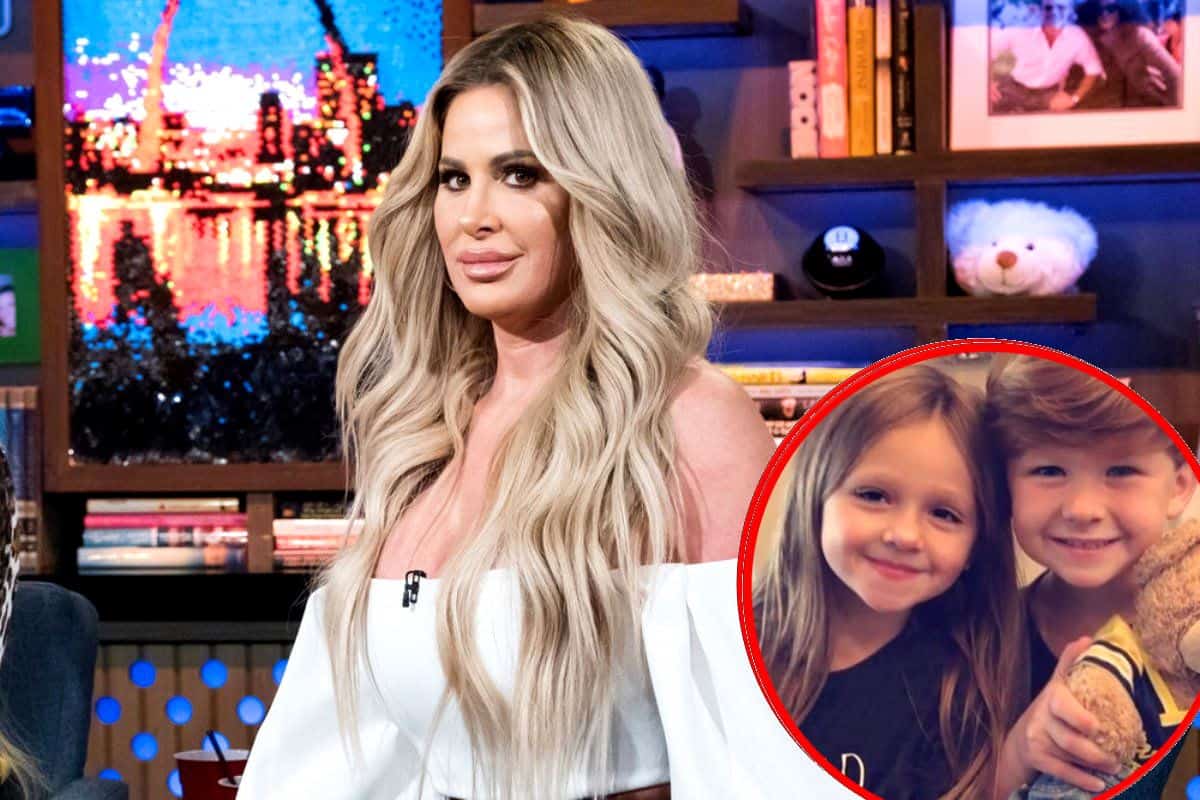 Kim Zolciak was just caught in yet another photoshop scandal.

Just days after the Don’t Be Tardy star edited her 16-year-old daughter Ariana Biermann to appear thinner as she attended a school dance, Kim altered a photo of her twins, Kaia and Kane.

On Monday, the “Wigz ‘N Cigs” Instagram account shared side by side photos of the original and photoshopped images of the children. It turns out Kim 40, first posted the unedited version on her Instagram Stories, only to delete it moments later to put up a photoshopped version of the same image.

In the edited image, Kim’s daughter was seen with a smaller waist and thinner legs. Meanwhile, Kim’s son was sporting a smaller ear and slimmer midsection.

The account also shared an overlap clip of the original and altered image. You can press the play button to see the photoshop changes.

After sharing the shocking clip, the Instagram account received a number of comments from outraged fans,  as some even wondered why Kim’s husband Kroy Biermann refuses to intervene.

“Whoa!! Ariana nor Kaia (dunno if that’s her name) even look like themselves!” one person wrote. “The pics posted to Kim’s account and Kaia’s are altered so much it’s like a new child. Kroy allows this to happen so he’s as much as a douche as Kim is.”

“I’m going to safely assume, Kane’s ears are too big?” another asked.

Other comments include those seen below.

“Are you kidding? What a poor excuse for a mother that b***h is.”

“She’s projecting her insecurities about herself onto her children.”

“This is the mental form of MUNCHAUSEN SYNDROME BY PROXY.”

Below is the photo of Ariana edited by Kim over the weekend. The unedited images came from the social media page of Ariana’s date.

As fans may have seen, Kim was involved in a photoshop scandal just weeks ago after she photoshopped an image of Kaia to reflect a bigger butt and smaller nose. She also made the four-year-old child appear tanner in the altered image.

Don’t Be Tardy is expected to return to Bravo TV later this year for season seven.

TELL US – IS IT “SICK” FOR KIM TO DO THESE TO HER CHILDREN? DO YOU THINK IT WILL AFFECT THEM NEGATIVELY?