90 Day Fiance UPDATE: Are Kalani and Asuelu Still Together? Find Out Now With Their SPOILERS and UPDATES 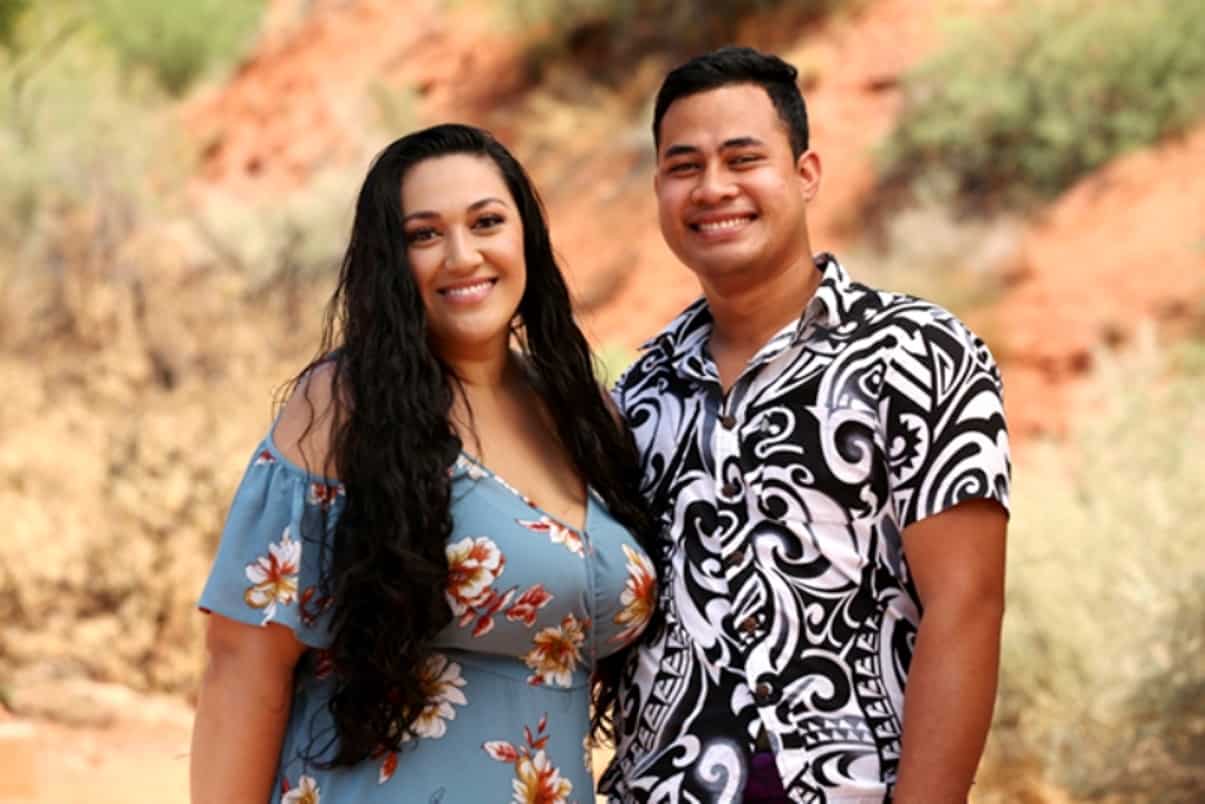 Ahead of the new season of 90 Day Fiance, we introduce you to another couple!

Meet 29-yr-old Kalani Faagata, who ails from Orange County, California, and 23-yr-old Samoan native Asuelu Pulaa. This couple stands out as unlike most couples on the series, they actually have a kid together. Below, find out if Kalani and Asuelu are still going strong plus all of the spoilers we could find on them.

Kalani and Asuelu’s love story isn’t your typical one as the couple met while Kalani was on vacation in Samoa and Asuelu was working at the resort she was staying at with her family. Kalani, a Mormon who was raised to save herself for marriage, ultimately ended up losing her virginity to Asuelu and getting pregnant with his child.

Not surprisingly, news of the pregnancy didn’t sit well with her religious family. It also led to trust issues concerning Asuelu, with her family wondering if he simply sees her as a means to come to the United States. TLC will document their journey as Asuelu arrives to the U.S. on a K-1 visa to meet Kalani and their five-month-old child.

As for the current relationship status of the couple, yes, Asuelu and Kalani are definitely still together. On November 20, Kalani shared a photo with Asuelu and their son during a trip to New York City to film the 90 Day Fiance Tell-All special. A screenshot of that is below. 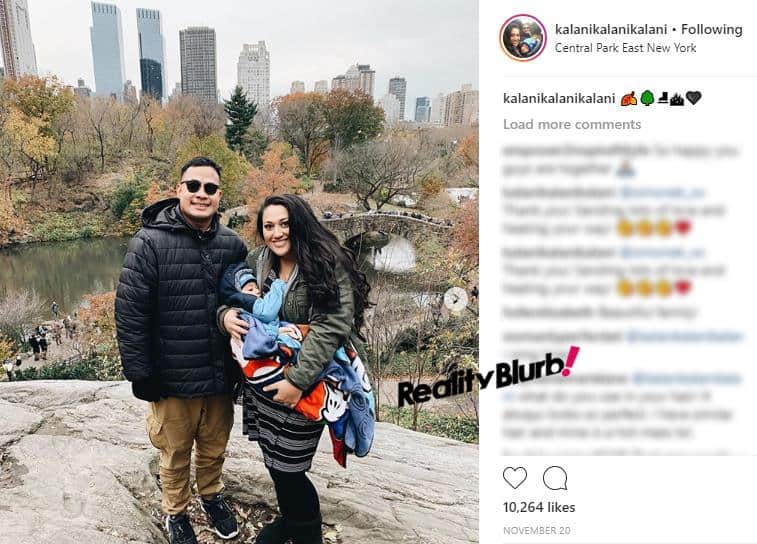 90 Day Fiance couple Kalani and Asuelu are still together

Also, as most viewers are aware, Kalani is pregnant again, and expecting her second child with Asuelu! On January 10, Kalani took to Instagram to reveal they are expecting another boy! She also shared that she is due in April, 2019. Her post is below.

When it comes to their social media, Kalani’s Instagram page is Kalanikalanikalani while Asuelu’s is Asuelupulaa.

It’s not exactly know when Asuelu arrived in the U.S. as the earliest photo we can find of him in the country is from September. In doing some digging, it appears the couple met in March 2017 during Kalani’s family vacation. Ten months later, Kalani gave birth to their son Oliver on January 27, 2018. Asuelu did get to meet his son before arriving to the U.S. after Kalani took Oliver to go see him in Samoa during April 2018. 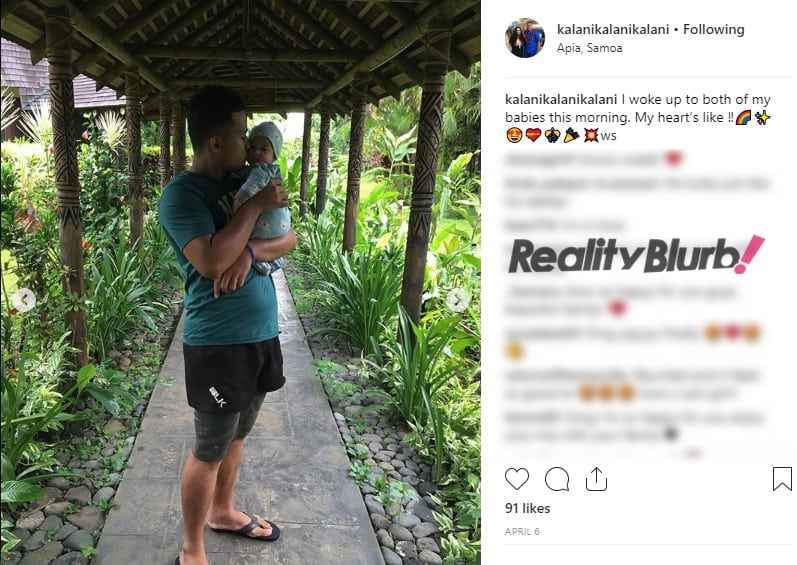 Although the season has yet to premiere, there is already some controversy brewing as Kalani took to Instagram to defend her father against the editing of the show.

In a released clip from the season premiere episode, Kalani is shown seemingly stating: “My dad did have a very hard life and I know he didn’t want us to struggle the way that he did… so he wanted us with White guys. He wants me to be with someone who can provide for us.”

Kalani is however calling foul, stating she never said that and was simply edited to sound like she did.

“I’ve been receiving a lot of messages about the scene with my dad, so I’d like to publicly address that. First, the part where I “say” my dad didn’t want us to struggle so he wanted us with white guys—? that is not what was said,” wrote Kalani on Instagram on October 18. “Rule of thumb when watching reality TV: if you don’t see it being said, chances are it was spliced together. I don’t care if I get “in trouble” for saying that, that was bulls**t to be put together in such a way, considering the current racial disparities in the world.”

She continued, “Secondly, after my dad says “my kind of people,” he talks about not liking how he was raised. That’s addressing men born and raised in Samoa, like my dad, not Samoan people as a whole. He says his biggest concern is Asuelu’s age and the way life is in Samoa, once again, referring to men born and raised in Samoa. My dad can love his country and his people, and still not want certain cultural norms for his daughters. That’s his prerogative as a father and as a man who grew up in a male-dominated country.”

Below are more photos of Kalani and Asuelu! 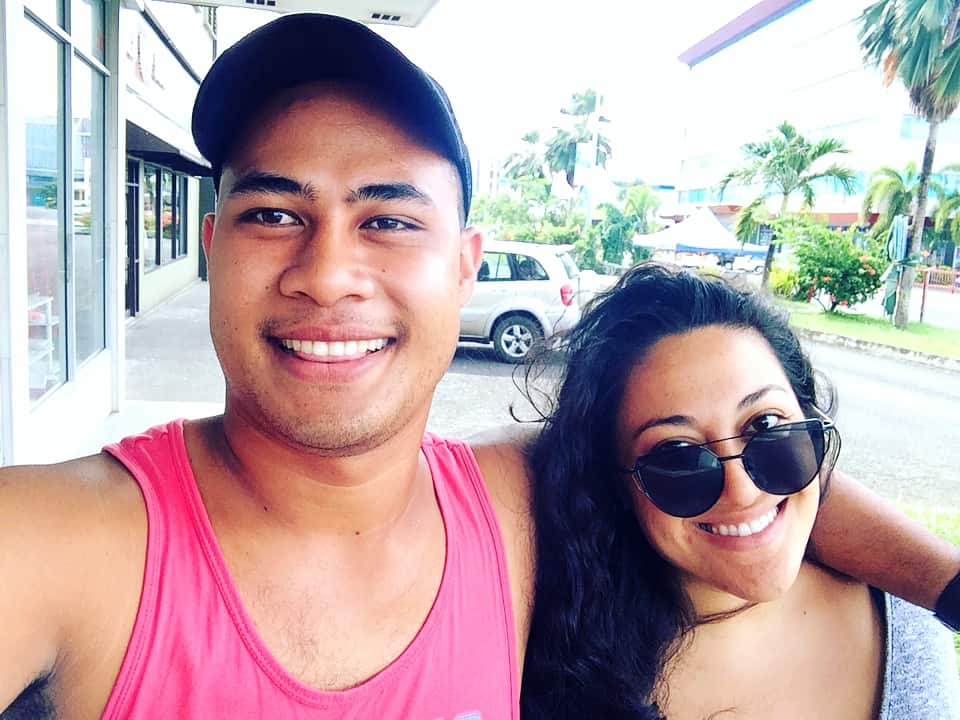 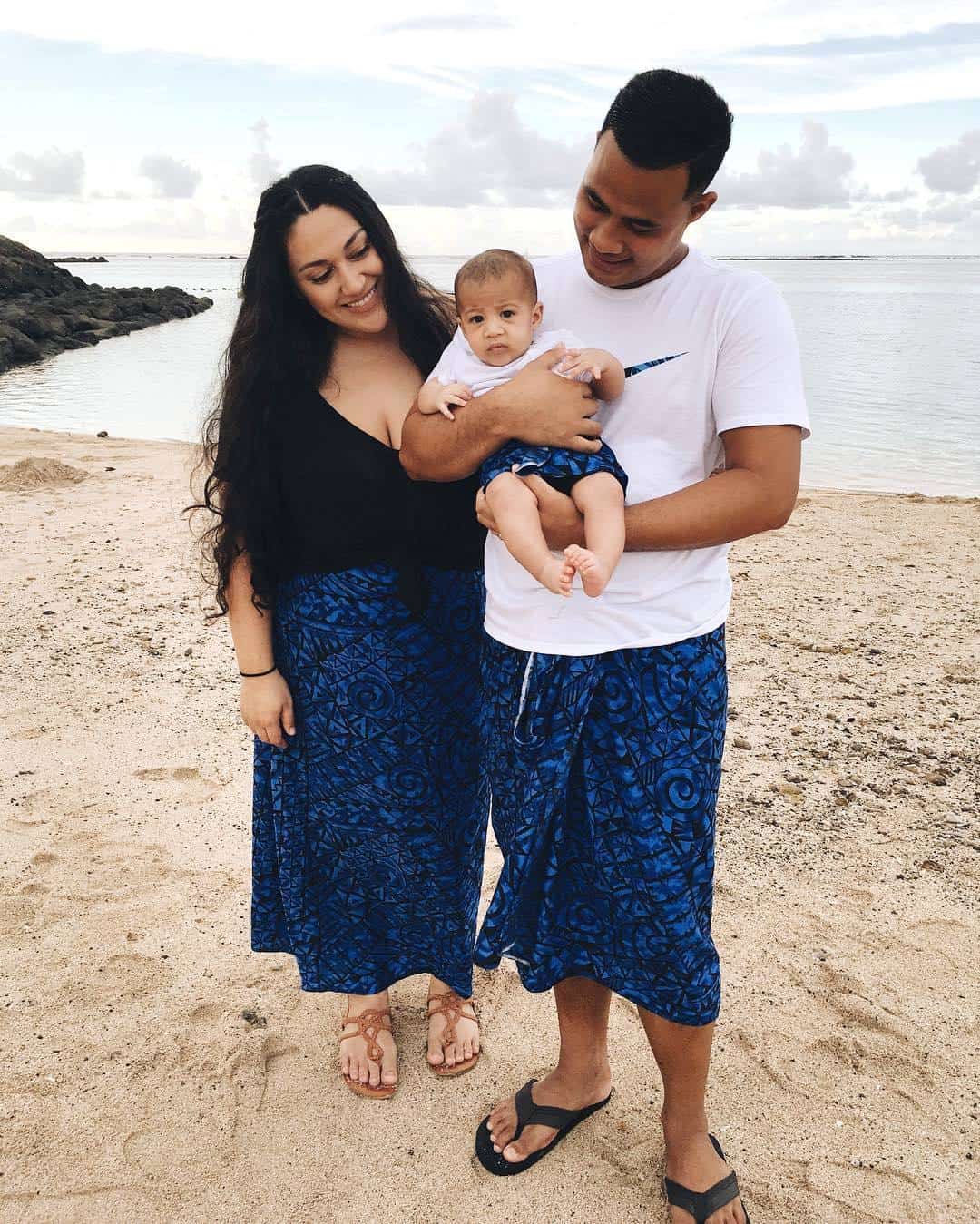 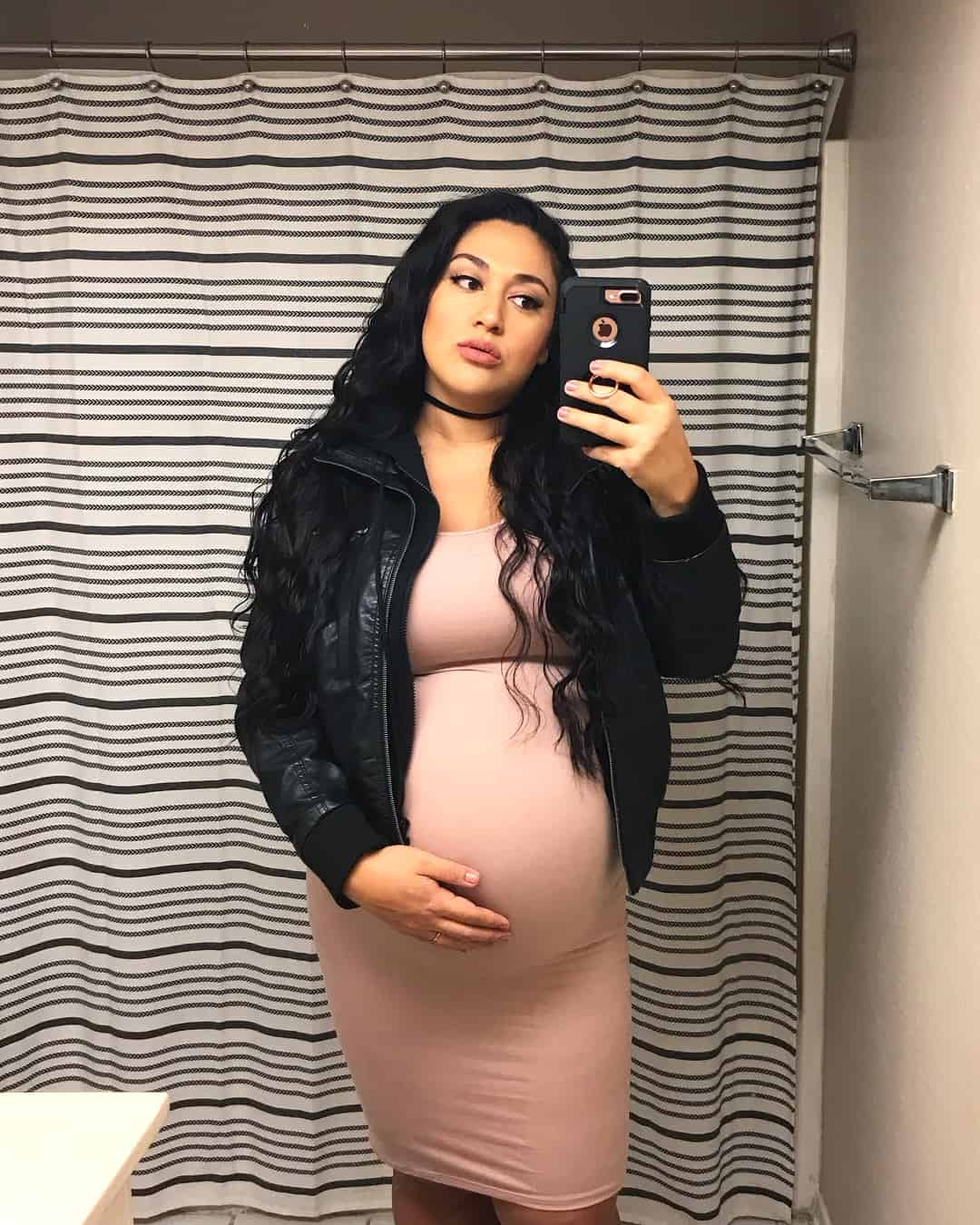 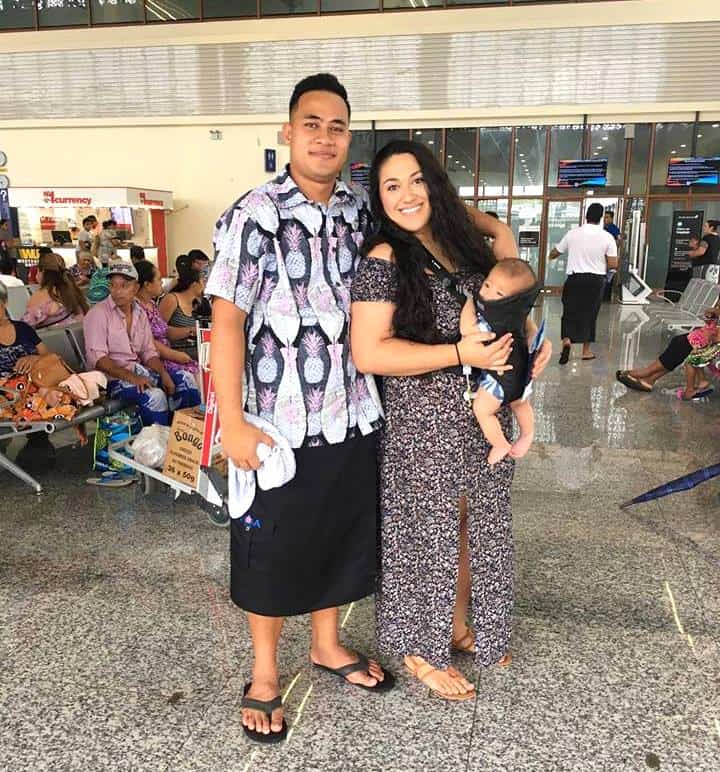 TELL US – THOUGHTS ON KALANI AND ASUELU?