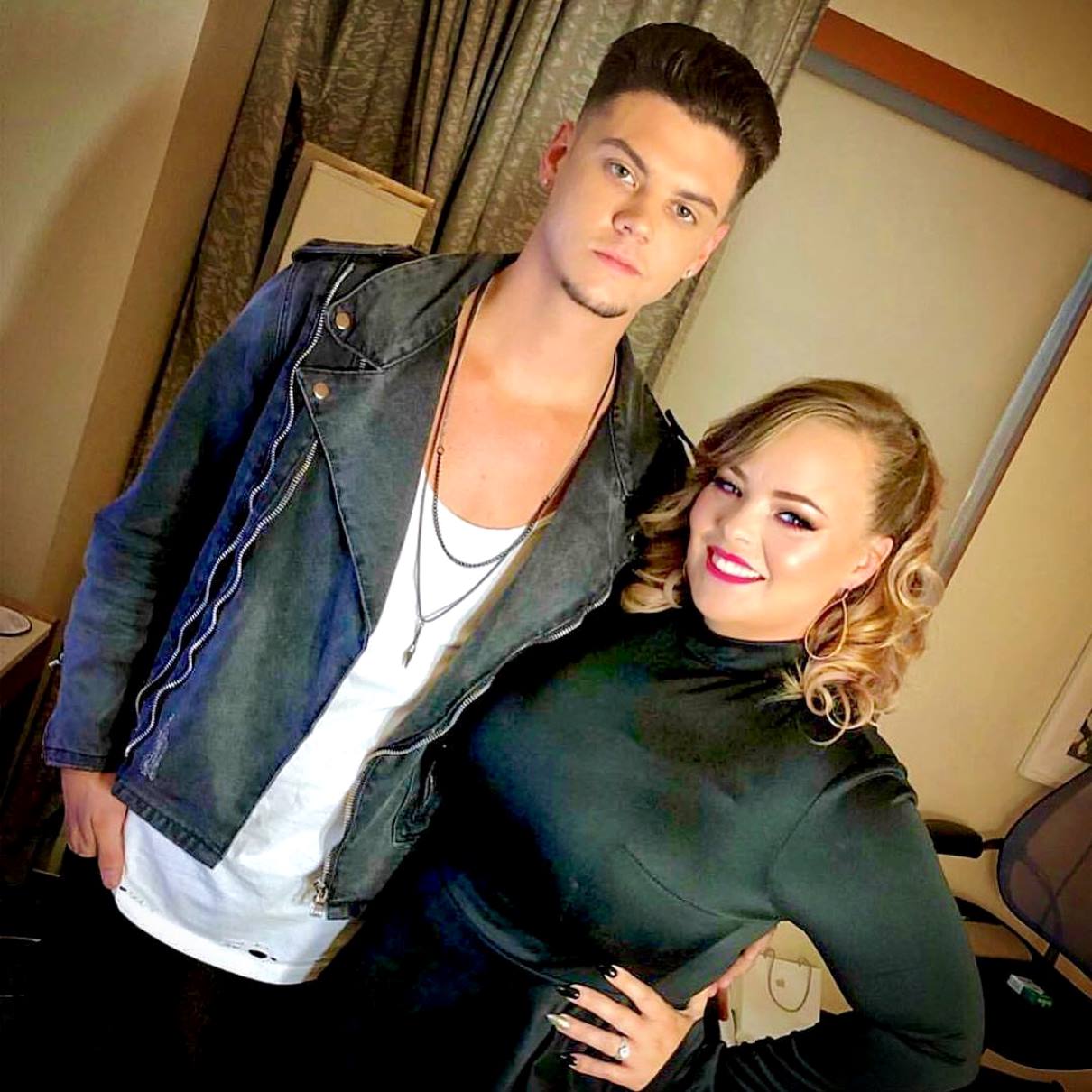 Tyler Baltierra sparked rumors of marital trouble with wife Catelynn Lowell on Instagram this week after “liking” a shocking post slamming her for not being more supportive.

Following Monday night’s episode of Teen Mom OG, a fan called out the pregnant reality star for throwing herself a pity party while failing to acknowledge her husband’s needs.

“I KNOW! She didn’t even want to watch the show with him which was what HE NEEDED FOR HIMSELF that was advised to him from his therapist, she had to get all defensive,” the person wrote. “I cannot STAND Cate. I hope he moves on from her at some point. He deserves a real woman not a little girl.”

After the message was shared, Tyler “liked” the post and was quickly caught doing so by a Reddit user, who shared a couple of screenshots with readers online. 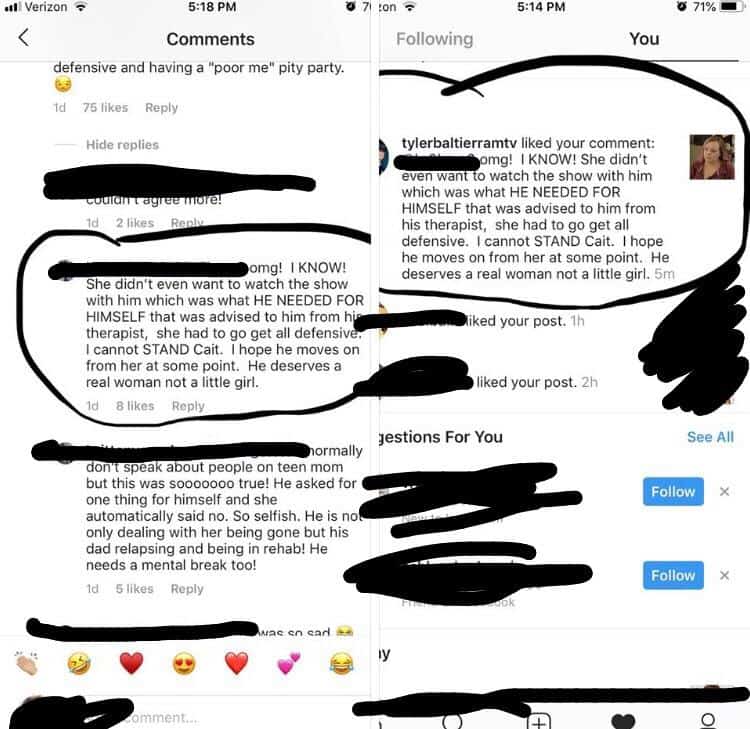 Another Instagram user also went on a rant against Catelynn’s behavior, claiming the longtime reality star was being selfish with her refusal to watch the show with her husband, who admitted he was suffering from bipolar disorder earlier this year.

“He asked for one thing for himself and she automatically said no,” the fan wrote. “So selfish. He is not only dealing with her being gone but his dad relapsing and being in rehab! He needs a mental break too!”

Tyler’s “like” of the fan’s post comes just days after he was seen telling friends on Teen Mom OG that marriage was “a bit*h.”

“I’m gonna be very honest. I feel like I’m not too happy right now. I’m identifying that I feel pretty miserable,” he admitted.

He then revealed what he’d like to say to his wife.

“There are things now that I realized when you’re gone, like, I kinda wanna work on this,” he shared. “When does it ever turn around though, where you know what, Cate, I need you to actually do this for me? When is it ever 50/50? I’m saying this is what I need. If you can meet those needs, awesome. If you can’t, let me know. I don’t want to waste any time. Let me get out of here. Marriage is a bit*h.”