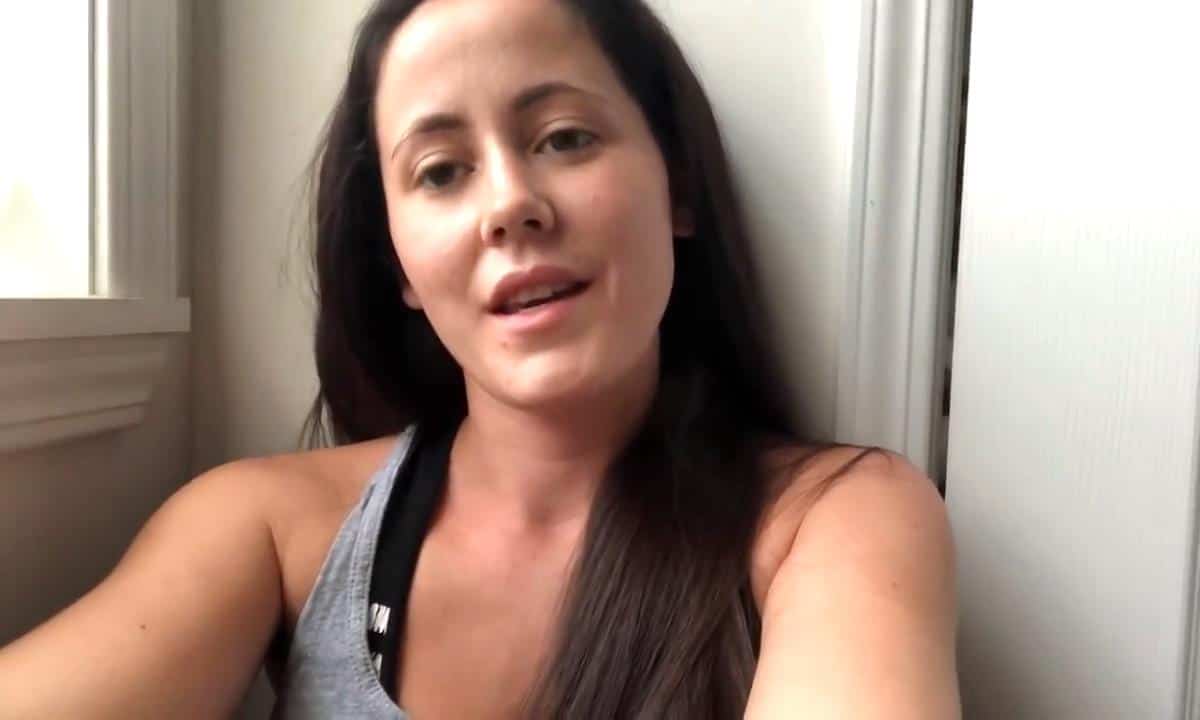 Jenelle Evans may have proclaimed she was assaulted by her husband, David Eason, earlier this month, but now, weeks later, the Teen Mom 2 star is insisting to her fans and followers that she is totally fine and happy at home with her family.

Last week, Jenelle’s 911-call was released and in it, she told a dispatcher:  “My husband he just assaulted me. He pinned me down on the ground in the yard and I think I heard my f**king collarbone crack. I can’t move my arm.”

Well, the 26-yr-old mother of three now appears to be singing a different tune. In a just-released clip on YouTube, Jenelle opened up about her 911-call and promised her audience she would never put up with an abusive partner, especially because she went through a number of abusive relationships in the past.

“I just want to let you guys know, I’m completely fine,” she explained. “I’ve been off social media this past week and it’s been really beneficial to me. It really helped out with me just disconnecting from all the hate and everything that’s in the news right now.”

“I know everyone is concerned about me and everyone wants to know, ‘Is she okay, how are they kids?’ Everything is fine,” she continued.

According to Jenelle, she’s been in “two or three” abusive relationships in the past, but when it came to naming names, she said she didn’t want to do so due to the backlash she would likely receive.

“I’ve been in so many domestic violence situations in the past that I would not put up with it now. I don’t know why you guys think I would continue to stay in this relationship if I was being abused,” Jenelle said.

Following her call to 911, Jenelle was ultimately hospitalized as a result of the encounter but later told E! News it was simply a “drunk and dramatic misunderstanding.” At the same time, David told his Instagram followers he and Jenelle have “never been happier.”

“I’ve been in domestic violence situations before in the past … and what did I do? I kept Jace away from it. I had just him at the time so when I had visits I would have my visits alone and I made sure that other person wasn’t around me,” Jenelle revealed.

Jenelle then reminded her many critics that each and every time she’s accused someone of domestic violence, she’s been labeled as a “liar.”

“Every time I tell you guys about it, or every time I open up, you guys are like, ‘No, she’s lying. She’s putting him in jail, she’s such a f**king liar.’ Well, that’s not the case at all,” she said. “I was always telling you the truth… Every time I told you guys I was in a domestic violence situation you wouldn’t believe me and now that I’m saying I’m not, I am and you guys are trying to tell me something different.”

According to Jenelle, her mother, Barbara Evans, has been keeping close tabs on her since their reconciliation and knows she’s safe at home with David.

“My mom is here behind closed doors all the time now that she’s involved in my life again and all my close friends and family, they know I’m doing fine. They know I’m happy,” she noted.

Teen Mom 2 season nine is currently in production and expected to air on MTV sometime later this year or early next year.