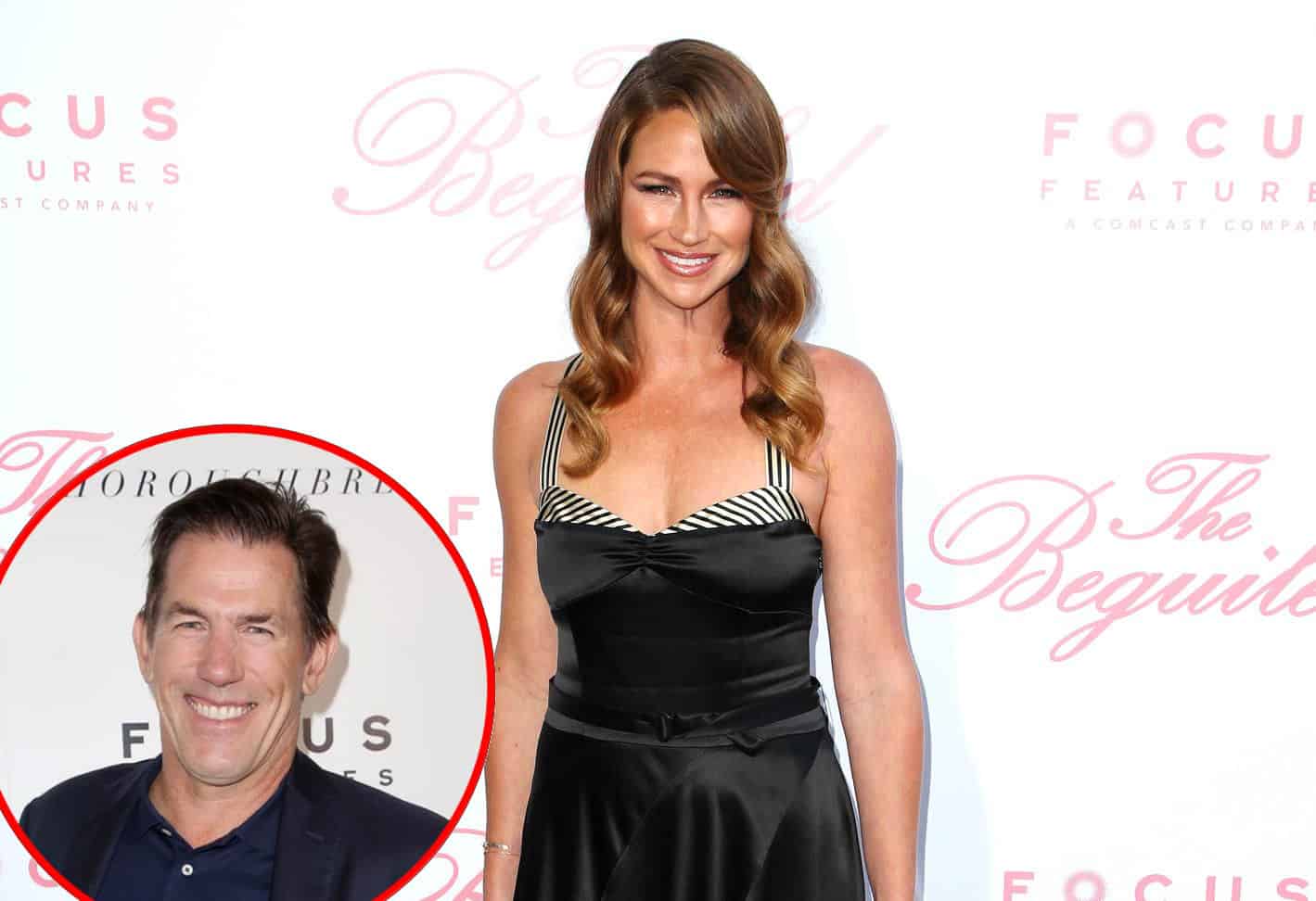 Thomas Ravenel may have been arrested for assault and battery last month but his former Southern Charm co-star, Landon Clements, is coming to his defense.

After numerous claims of sexual assault against Thomas led Bravo TV to fire him from their show, Landon attended the Sixth Annual UNICEF Masquerade Ball in Los Angeles, where she revealed her thoughts on the controversial television personality.

“I know in my heart that Thomas is a good person and whatever happened, happened. I wasn’t there that night,” Landon told Us Weekly, according to an October 29 report. “But I can’t imagine that he would ever hurt anyone.”

Landon, 36, added that “because it is an ongoing court procedure, I can’t really comment and I don’t want to comment … I will let the courts take care of it, I suppose.”

Earlier this year, Thomas, 56, was accused of sexually assaulting two different women and just over one month ago, he was taken into custody in Charleston, South Carolina on charges related to an alleged assault that occurred in January 2015.

As an affidavit obtained by Us Weekly at the time revealed, the incident involved Thomas and his former nanny Dawn, who was featured on a number of episodes of Southern Charm and cared for the two kids he shares with ex-girlfriend Kathryn Dennis.

Thomas then allegedly “pulled down the victim’s pants and said, ‘Show me your p***y,’ and began grabbing the victim’s vagina,” the affidavit explained. “The victim [then] crouched down to the ground to try and prevent further assault, the defendant then put his penis in her face and asked, ‘Do you like big d**ks?’”

Although Landon had good things to say about Thomas, she told the magazine she is no longer in contact with him. Instead, she talks to “mostly [Shep Rose].”

“I mean we’ve been friends for so long, he’s like a brother, it’s like a love-hate relationship always, but you know I still talk to him. He was just in England with a bunch of our friends this summer,” she explained.

“[Whitney Sudler-Smith] and I are still super close,” Landon continued. “You know I knew Whitney actually from my ex-husband because one of my ex-husband’s best friends went to boarding school with him. So it’s all a very tangled web. Even if I don’t talk to them on a regular basis, I doesn’t mean that I don’t love them. They have a big place in my heart always.”