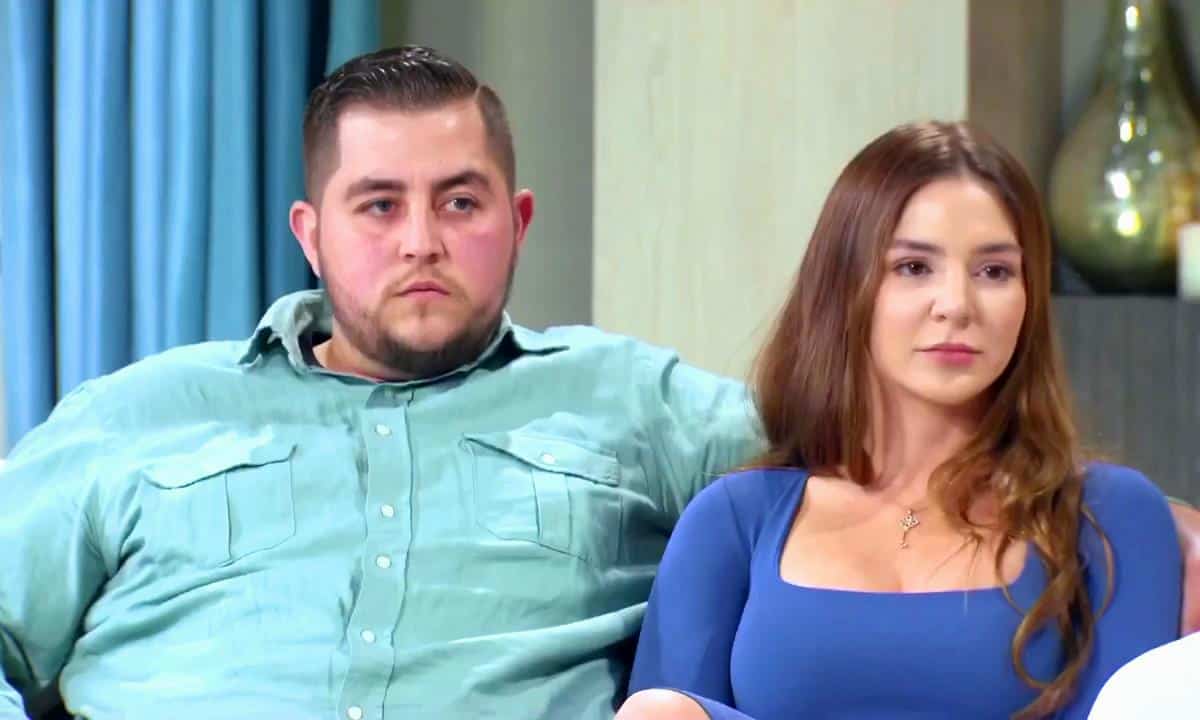 This surprising news comes just a week after Paul Staehle stated TLC has axed him from Before the 90 Days.

Anfisa’s announcement comes a month after her husband Jorge Nava was sentenced to 2.5 years in prison after pleading guilty to drug charges.

The TLC reality star made shocking comment on October 28, via Instagram, after one of her followers told her that they hoped to see her alongside Jorge on the next season of 90 Day Fiance.

Anfisa responded, “Nope we are done.”  A screenshot of that exchange is below. 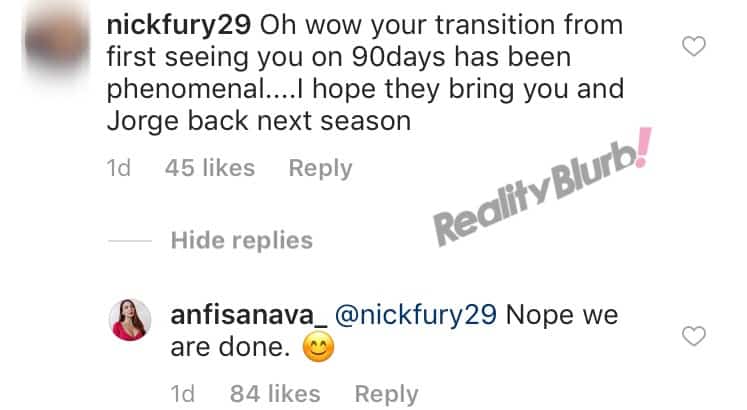 This led to confusion by some of her fans who wanted to make certain Anfisa was talking about being “done” with the TLC show, rather than her marriage to Jorge.

After a fan implied she was leaving Jorge amid his legal troubles, telling her: “I guess it’s not for better or worse,” Anfisa clarified, “I didn’t marry the show did I?” to make it clear she was only quitting 90 Days and not her marriage.

Anfisa also threw a little shade at the TLC network after a user accused her of having an attitude. She clapped back, “oh hi TLC.”

Anfisa and Jorge first appeared on 90 Day Fiance season 4 back in 2016. Since then, the couple has gone on to appear on two seasons of the 90 Day Fiance: Happily Ever After spin-off.

Jorge was sentenced to 2.5 years in prison back in July after he was caught with 293 pounds of marijuana in his trunk in February. This led to his arrest in the state of Arizona. He ultimately pled guilty and had to report to prison the same day the judge handed down the sentence.

Jorge could however get out a bit earlier than expected as he is only required to serve 22 months of his sentence.

TELL US – WILL YOU MISS ANFISA AND JORGA ON 90 DAY FIANCE?