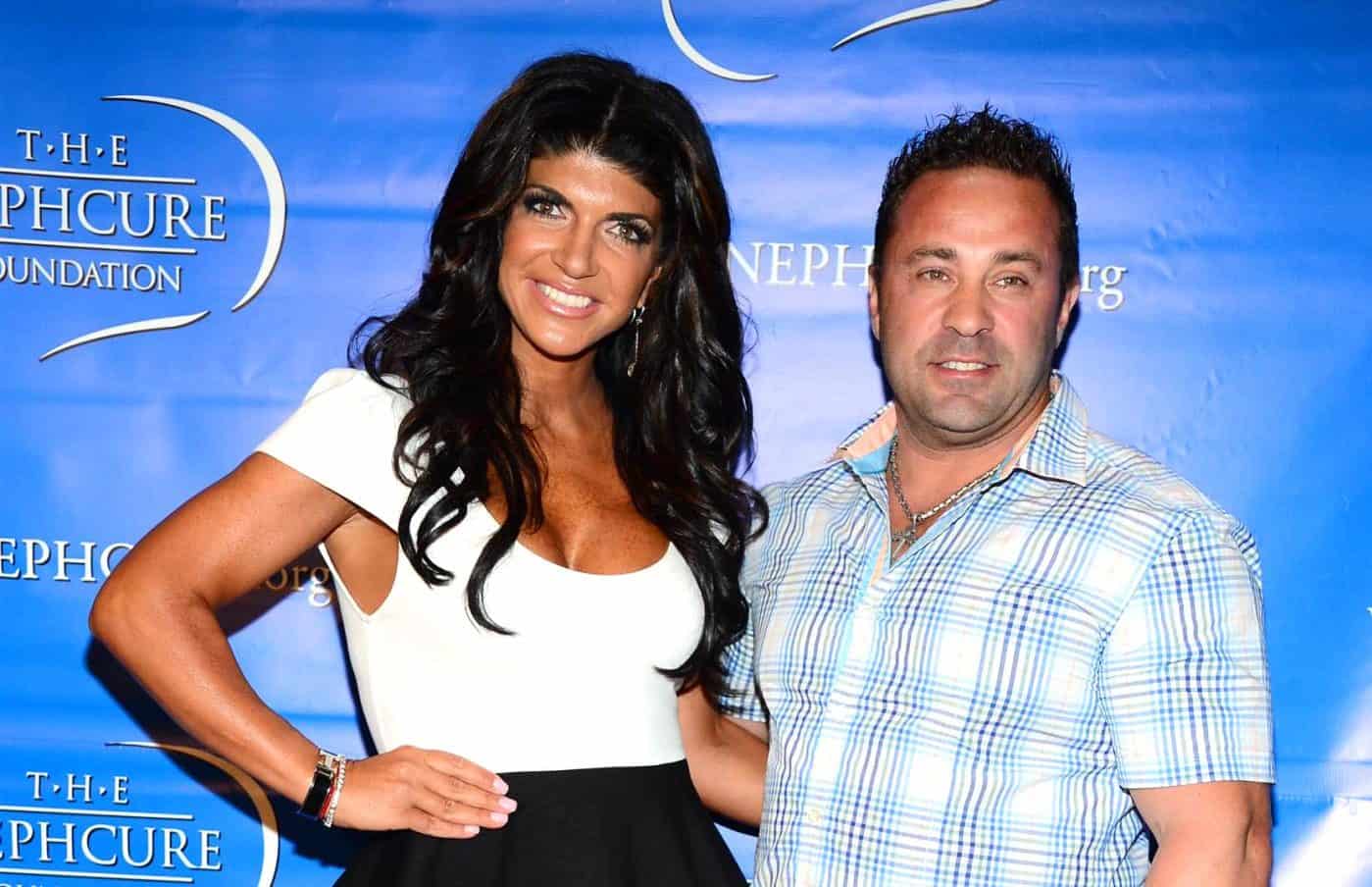 The Real Housewives of New Jersey star Teresa Giudice is known for being quite the open book when it comes to some of her trials and tribulations, which has left many wondering if her husband Joe Giudice’s recent deportation fiasco will be featured on the RHONJ.

If you recall, Joe, who is currently serving a 41-month prison sentence for bank and wire fraud, was ordered to be deported back to his native country of Italy earlier this month, immediately following his prison sentence.

Well, in a new interview, Teresa, 46, is revealing that Joe’s deportation nightmare will not be shown on the upcoming season of the RHONJ, which premieres this month.

“We weren’t filming when this just happened,” she tells ET Online of immigration Judge John Ellington’s ruling that came down on October 10.

Still, Teresa is leaving the door open that Joe’s ongoing deportation drama could be shown on a future season of the Bravo series.

As reported yesterday, Teresa, who pled guilty alongside her husband Joe back in 2014 for fraud – having to serve 11 months in prison herself, feels that fame is the reason she and Joe have had to serve prison time. She however adds that she’s not specifically blaming the RHONJ, but rather just being in the spotlight.

“I don’t think my family would be going through this if I wasn’t in the spotlight,” Teresa stated. “… Not the show, the spotlight. Being in the public eye.”

As for her feelings on the judge’s ruling, Teresa, who has four daughters with Joe, admits she feels it is very unfair because their kids will end up suffering the most if Joe gets deported.

“It’s sad for the children because they’re innocent in all of this, and they’re probably thinking, ‘Why is this happening?'” she said. “They’re smart, so they get it. Like, ‘OK, you made a mistake. He’s doing what he has to do. Then now why isn’t my dad coming home?'”

Teresa and Joe are planning to appeal the deportation order. Joe is currently scheduled to be released on March 14, 2019.

The new season of the RHONJ premieres November 7 at 9/8c on Bravo.