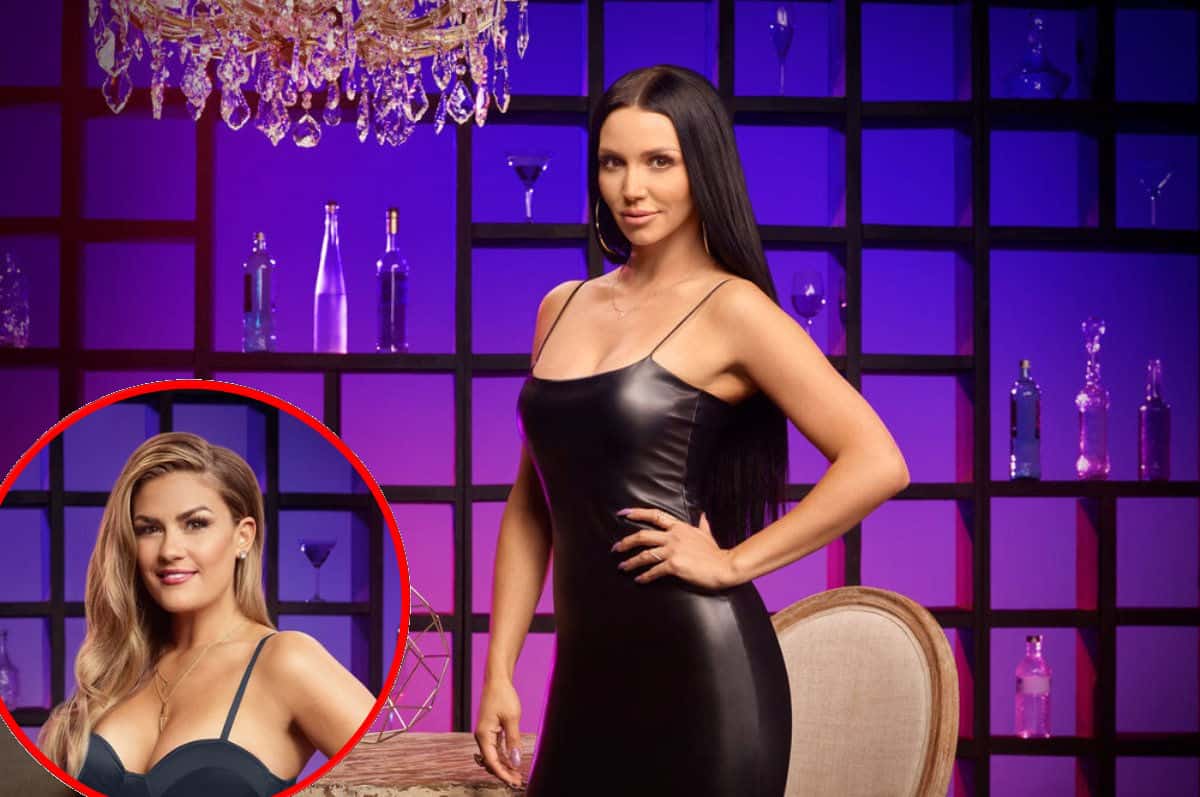 Scheana Marie was hardly seen in the just-released trailer for Vanderpump Rules season seven and fans on Twitter couldn’t help but notice.

On Wednesday, after the preview was first shared, one person wrote to Scheana about a scene in which she was featured performing “Good as Gold” at SUR Restaurant. Right away, Scheana responded to the fan and took note of her lack of screen-time.

“That Vanderpump trailer was great, best part? @scheana singing good as gold, I was there that day and missed it so at least I’ll see it on the season,” the fan said.

“You mean the only part I’m even in?” Scheana asked.

“LOL you said it girl. I looked at my mom and was like scheana wasn’t really in that, Kinda makes me more excited to watch and see what happens lmao,” the fan replied.

According to Scheana, she’s rarely featured much in Vanderpump Rules trailers. 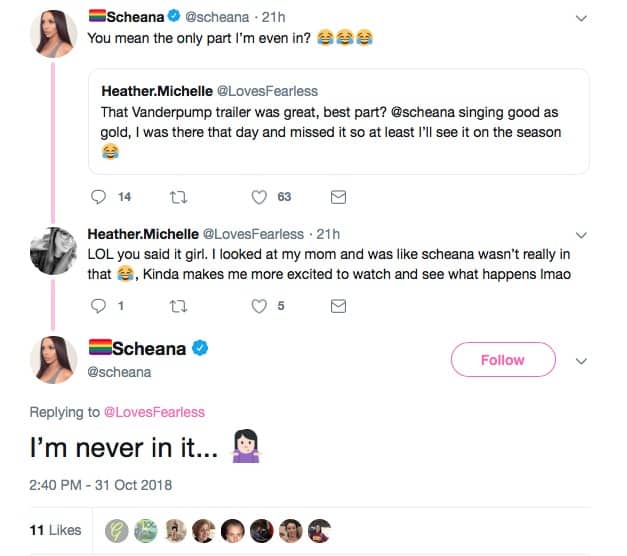 Scheana was also upset by a series of cast photos shared by her co-star, Brittany Cartwright.

In Cartwright’s post, which can be seen below, the men and women of the show, aside from James Kennedy and Scheana, were seen.

“Not in this either, awesome,” Scheana replied to the post. Scheana has since deleted her response to Brittany but below is a screenshot. 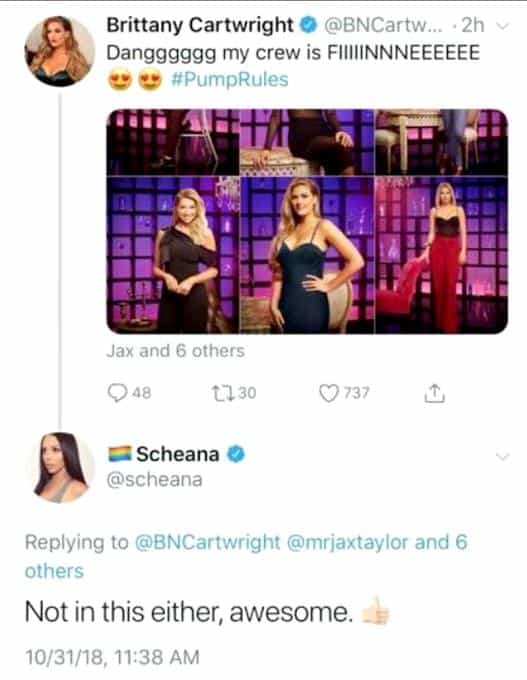 In a description of the new season shared by Bravo TV on Wednesday, Scheana received a brief snippet.

It read, “Fresh on the heels of her breakup with Rob, Scheana declares this to be her ‘single summer’ but when she starts a new obsession over a hot SUR barback, people whisper that Scheana hasn’t changed as much as she claims.”

As fans may have seen, that “hot SUR barback” is Adam Spott, who Scheana reportedly began dating earlier this year after attempting to set him up with Brittany in 2017.