Shahs of Sunset Recap: MJ Asks for Vida’s Blessing Before Her Wedding Day 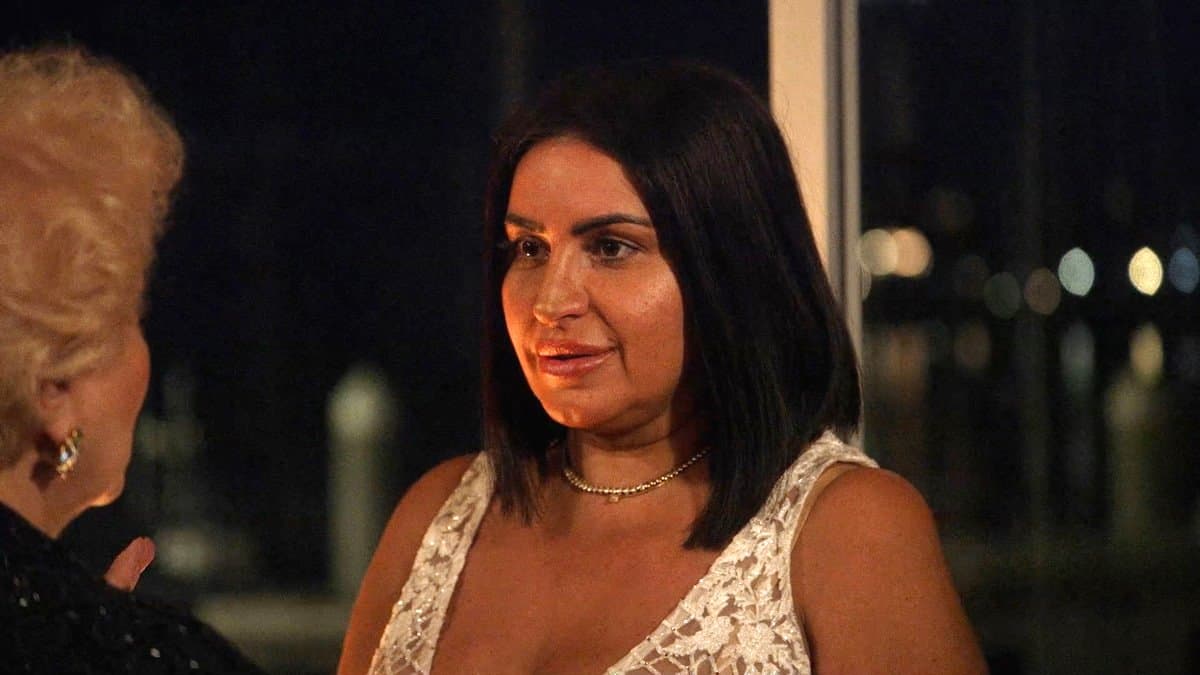 The Persian Posse of Shahs of Sunset were back in full fabulosity last night, as they prepared for one of their own to say “I do.” MJ and Tommy were only two days out from the big day, and in classic MJ style, she wasn’t exactly prepared.

Now, some may say that a “bridezilla” is the worst possible thing to deal with when there’s a wedding coming up, but it seems that our girl MJ may have over corrected.  In fact, she may have been the world’s most laid back bride.  Just hours before her nuptials, the girl hadn’t even seen the final version of her dress, and what’s worse, she hadn’t gotten a blessing on her upcoming union from her mother, Vida!

Vida has certainly come around in the last year or two, plus ever since MJ’s father, Shams fell ill, and passed away, and she saw how truly supportive and loving Tommy could be when it counted, she’s really come to love him, and even once said that if MJ didn’t marry him, she would. However, Vida can be a wild card, so MJ was understandably nervous, and hesitated to count her chickens before they hatched.

But as the big day approached, she consistently put her talk with Vida off.  She paid a visit, along with the others to the ultra posh home of Reza’s business partners in his hair care line, Sheree and Dan Funsch, and had a grand old time watching fire dancers and drinking champagne.

Later, she had a “blood facial,” a horrific procedure that involved separating the plasma from a vial of her own blood sample and having it reinfected into her face through 36 tiny needles attached to a medieval looking device.  Her face was horribly red and swollen afterwards, and it probably wasn’t the beauty treatment anyone would want to have done in the days leading up to their wedding, but as the aesthetician promised, the swelling didn’t last long, and within a few hours, her face was smoother than a newborn baby’s bottom.

The day before the wedding, MJ welcomed her childhood best friend, Kerry, who was in town for the wedding.  The two ladies went to the venue where the wedding was to be held so MJ could have a look and make a final payment to her wedding planners (yes, we’re talking 24 hrs before the wedding, people) only for MJ to be surprised that nothing appeared to have been done, and rather than a room transformed into the flower filled fantasy she had in mind, she found what looked like an enormous mess of boxes and wrappers.

Being as most of the out of town guests arrived at the last minute, and MJ was bucking tradition, as she and Tommy had a rehearsal dinner with no rehearsal.  Instead, they partied and drank until dawn with family and friends–another move I wouldn’t advise when you need to look your most stunning the following day, but what do I know?

After introducing Vida to Tommy’s “adopted family,”  the McGuires, who told the story of how they came to be Tommy’s guardian.  According to Mrs. McGuire, she simply found Tommy, who was best buds with her  son, asleep in his bedroom one day, and when she and Mr. McGuire asked how long he planned to stay, he said “how about 8 yrs?”  and they’d called him “son” ever since. It was sweet and unorthodox, and it was clear that Tommy felt quite lucky to have them.  In fact, he said they’d “saved his life” on that fateful day.

Full of love after hearing that tender story, MJ took her mother aside to have a quiet and private talk.  She told her mother how much she appreciated how their relationship has changed, and how since the passing of her beloved father, she felt nurtured and loved by Vida in a way that she never had before.  It was hard not to hold your breath as she asked Vida the question she’d been putting off – was she going to give her blessing? And you know what? Vida said yes, without hesitation, and said that not only was she giving their marriage her blessing, she knew that Shams would give his, as well, and assured her that he would be with them on her big day.

Relieved and happy, MJ gave a toast, in which she thanked her guests for being there—one by one.  The groom, never one to hold back an obnoxious comment, teased her about her romper room style shout outs to each and every guest, and was promptly told, in no uncertain terms, to STFU by his bride to be.

The following morning, waking up completely hung over, and looking it (sorry, MJ, but I have to keep it real), the bride still hadn’t seen the finished version of her dress, or written her vows.  Her friend Kerry was starting to get pretty nervous, especially when MJ said she wanted to “run by the house,”  and proceeded to go for a lackadaisical swim.  Kerry hustled about the house, cleaning up clutter, and imploring MJ to please come get herself together, but MJ wouldn’t hear of it.  She told Kerry ‘not to tell her what to do’ on her day, and continued working on her backstroke, as though she didn’t have a care in the world, or anywhere to be. For the life of her, MJ couldn’t imagine why slapping on some make up and putting on a dress (that she still wasn’t sure would even fit) was going to take five “whole hours.”

As the minutes ticked by, the show faded to black.  But next week, as the season concludes, we viewers will get the best seat in the house to the wedding of the year (watch out Megan and Harry–it’s MJ and Tommy’s turn) and it’s not to be missed. Before Tommy kisses his bride, Vida will go full mom of the bride-zilla, and it seems that MJ should have asked for something old, something new, something borrowed, something blue–and a watch, cause girlfriend is going to be late to her own wedding. Stay tuned!